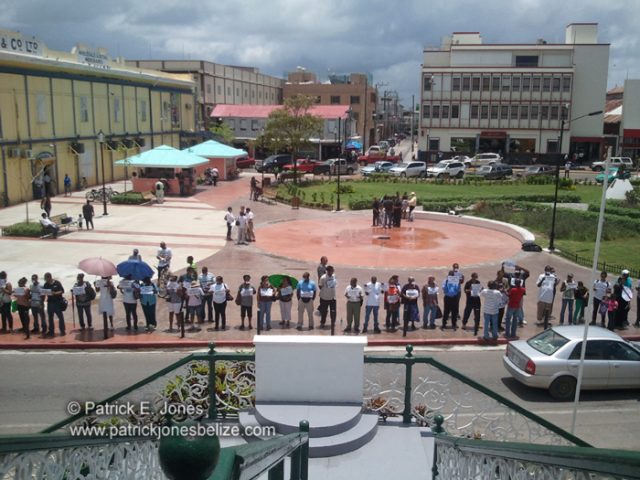 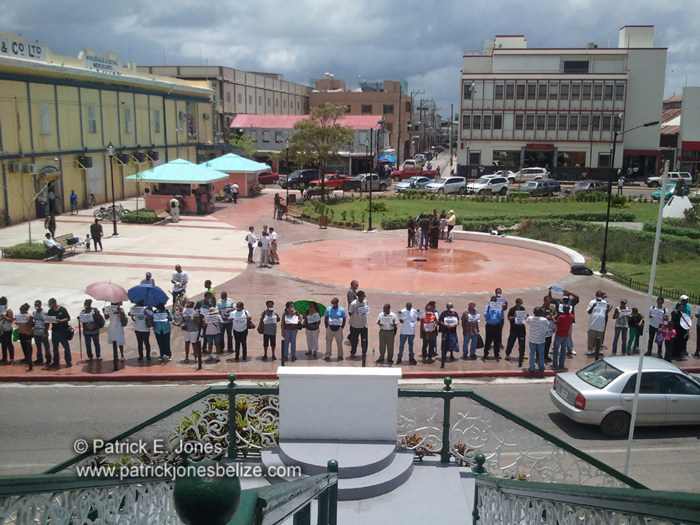 Friday, May 23, 2014. AARON HUMES Reporting: This afternoon in Belize City, members of Belize’s Christian community led by Belize Action showed their support for fired UWI professor Dr. Brendan Bain, released after pressure from LGBT rights organizations for his testimony in the Caleb Orozco Case last May.

They taped their mouths shut, displaying a message stating “freedom under attack” as well as additional slogans on placards.

Pastor Richard Smith of Belmopan says it is about family values.

While LGBT have their individual rights and freedoms it is felt that they are interfering with Dr. Bain’s right to work and live and have free speech.

Attorney Audrey Matura-Shepherd felt the wrath of the LGBT movement when last year she wrote a critical column in the Amandala newspaper that prompted her to leave the vice-presidency of OCEANA in Belize.

She told us that if the LGBT are allowed to get away with bullying their opponents that there is no limit to what they will do.

Can what Orozco and his supporters did be classified as a crime?

Pastor and news director for PLUS TV Louis Wade thinks so.

Because the case has not been decided, he told us, any attempt to disturb expert witnesses like Dr. Bain can be seen as witness tampering. But he said he would leave it to Government to speak out.

The protest lasted through the lunch hour.