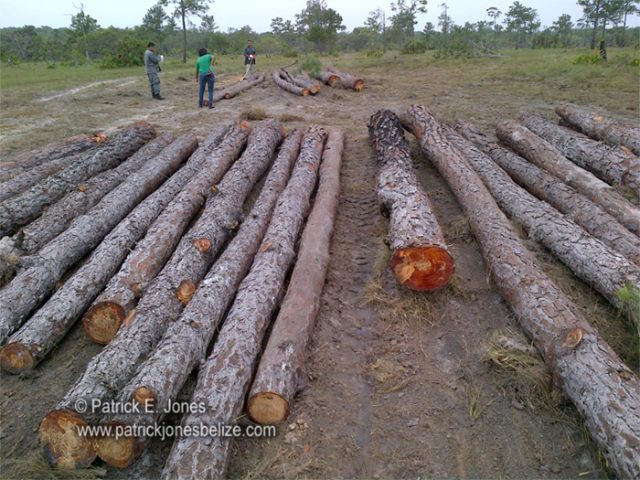 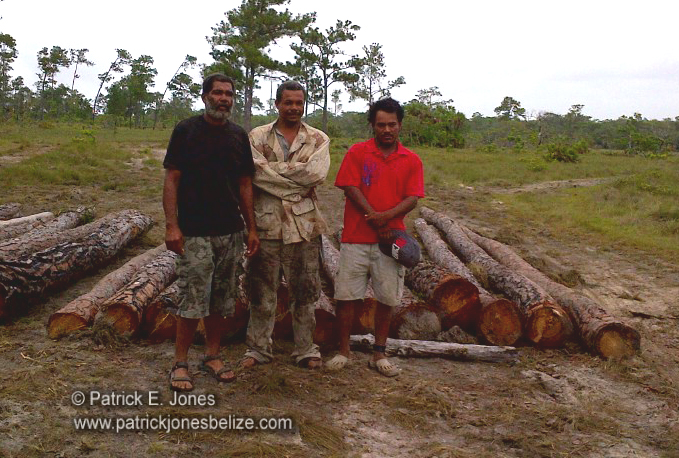 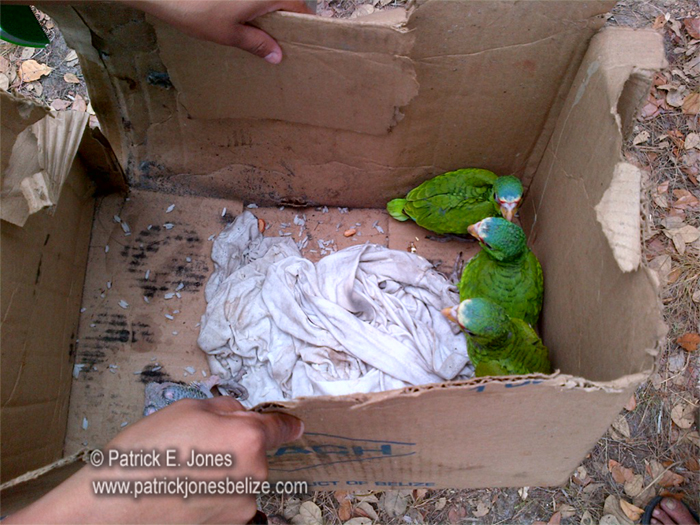 According to reports, when police arrived at the scene around 6 am on Friday, they found the men inside an old bus.

Further checks in the area led authorities to find that the men had four blue neck parrots in their possession.

This is an illegal act punishable under the Wildlife Act.

The men could not produce a permit to be in possession of the wildlife and were informed of the offence. 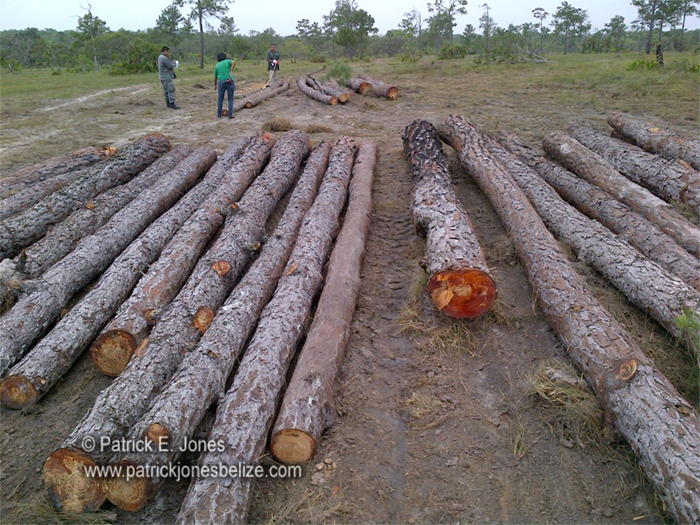 About 500 yards away, the joint Police and Forest Departments team found 32 freshly cut pine logs lined side by side.

Each log was measured and recorded as evidence for the court.

Rhaburn, Adolphus and Reynolds, all residents of Carmelita village, were jointly charged for unlawful possession of forest produce and illegal hunting.