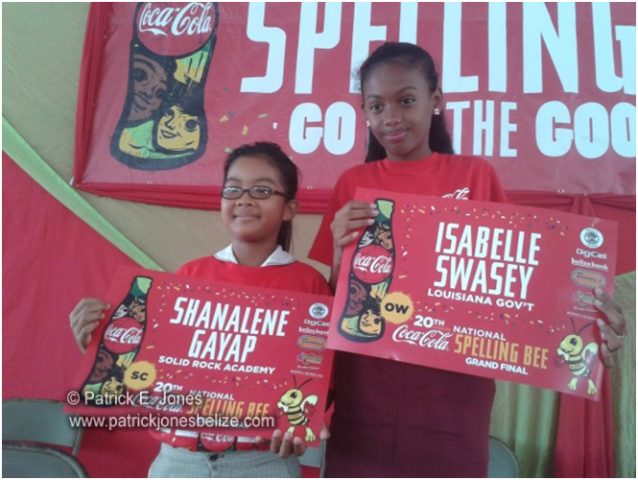 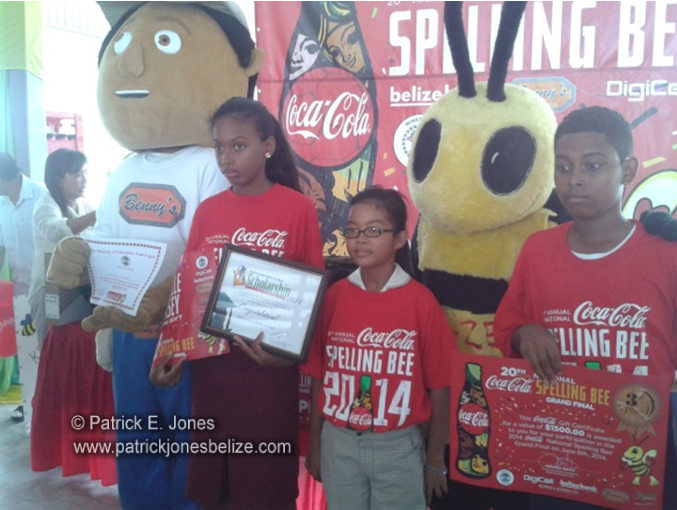 It was a tightly contested position because all the representatives remained intact for rounds one and two with full points.

The challenge started in the reserve round because new words are introduced to test the students’ spelling skills.

At the end of round three 10 year old Std. IV student Shanalee Gayap from Solid Rock Academy spelt her two words correctly and captured 1st place, giving Stann Creek District a back to back victory as the last year’s champion also hailed from Stann Creek District.

Apart from meeting A-Zee the Spelling Bee Mascot, students look forward to the entertainment and the Banner Competition.

Each school created a banner that is judged for prizes. 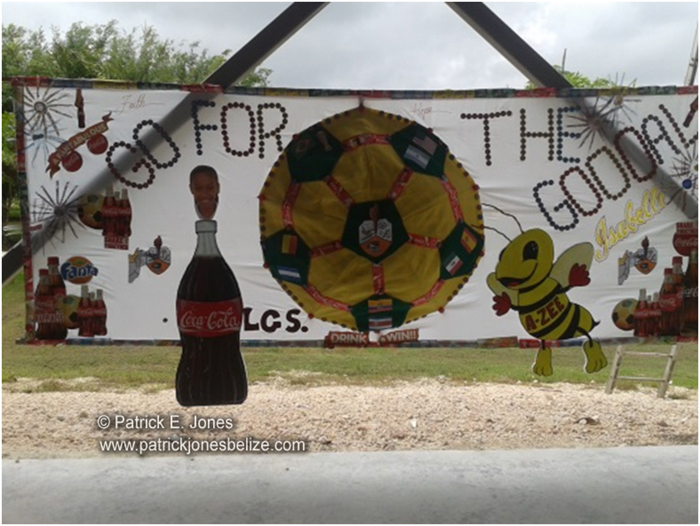 Louisiana Government School walked away with first place in this exciting show of creativity and received a Trophy, Certificate plus 5 cases of 1Litre Soft Drinks.

The 2014 Champion Speller received 1 Dell Laptop, Printer and Accessories, and Trophy from Bowen and Bowen along with 4 year tuition and book grant from Ministry of Education, Youth and Sports.

Benny’s will gave her 1 year internship.

Second place received 1 Dell Laptop, Printer and Accessories from Bowen and Bowen, Ltd. plus 2 year tuition and book grant from Ministry of Education, Youth and Sports along with additional accessories from Fultec Systems.

All the contestants apart from first place received notebook with Wi-Fi courtesy of Digi Cell.

This exciting competition is coordinated by personnel from District Education Centers in partnership with the main sponsor Bowen and Bowen and other corporate sponsors- Digicell, Belize Bank, Benny’s, and Caribbean Treasurers.

The theme for this year’s competition “Go for the Goooal” because Bowen and Bowen is sponsoring the world cup games. 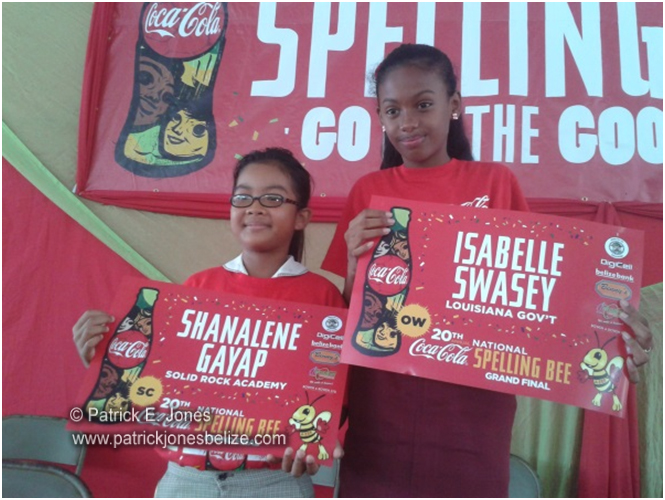 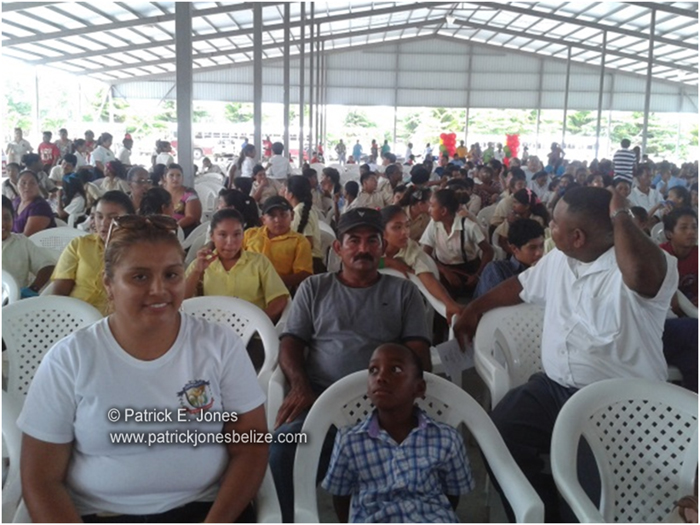