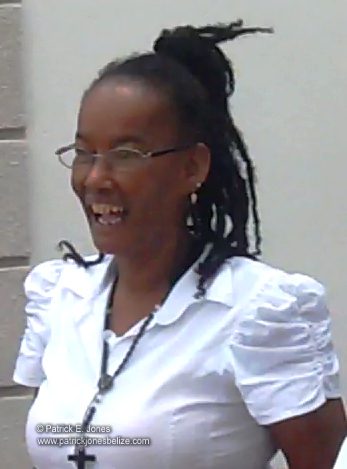 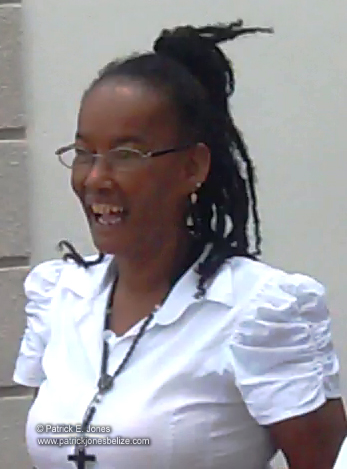 Tuesday, June 10, 2014. AARON HUMES Reporting:  The Court of Appeal is considering the appeal of convicted murderess Lavern “Anti-Christ” Longsworth, serving a life term for the death of her common-law partner David White.

In November of 2012 Longsworth was found guilty by a jury of seven women and five men despite claiming that she was acting in self-defense when she allegedly doused White in kerosene following an argument and then set him on fire at their Castle Street home on July 15, 2010.

White later died from his injuries.

Longsworth’s attorney, Senior Counsel Godfrey Smith, this morning attempted to convince the court that his client was not fully responsible for her actions as a result of suffering battered women’s syndrome.

It is a novel defense for Belize and was not introduced at the trial by attorney Kevin Arthurs as there was no foundation.

British forensic psychiatrist and expert in battered women, domestic violence and mental abuse, Dr. Gillian Mezey, interviewed Longsworth and others and completed her report shortly after the appeal was first brought up in March.

That the court has accepted the report as evidence, Smith says, without challenge from the Office of Director of Public Prosecutions Cheryl-Lynn Vidal breaks new legal ground for Belize and the Caribbean.

But what does it mean for his client? That is not yet known as while the court appears to be leaning toward a reduction of the charge to manslaughter, all is not final, however.

Though Smith has counseled his client to accept this disposition, the final decision is up to the court and is continent on the joint position of the parties on a sentence, minus subtraction of time already served, which is about a year and seven months.