Man gunned down in Belize City; police look for shooter 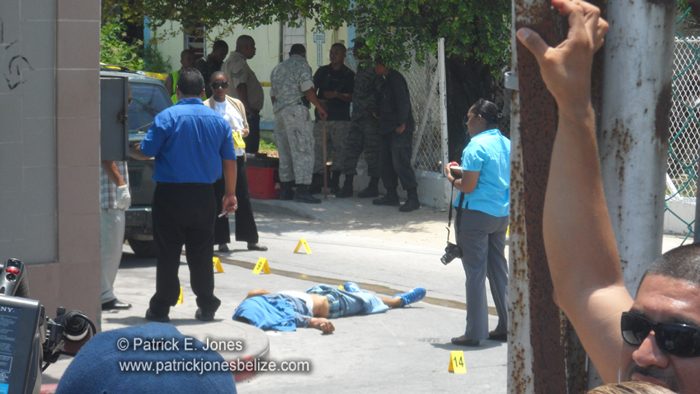 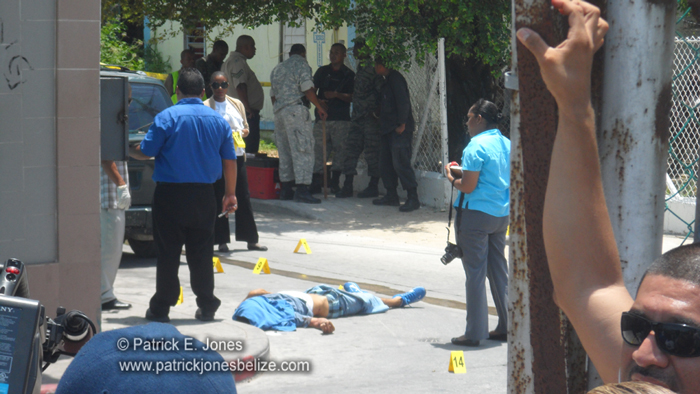 Saturday, June 14, 2014. AARON HUMES Reporting: On Friday morning around 10:30 a.m., gunshots rang out not far from the downtown area on North Front Street, near its intersection with Pinks Alley.

When all had settled, one man lay dead at the North Front Street and Pinks Alley junction.

All around him lay expended shells, as many as eight.

From the police has been able to put together, 30 year old Tulio Caceres, also known as “Pinelo,” and a resident of West Street in Belize City, had been socializing in a park at the corner of North Front Street and Pinks Alley, when a single armed man on bicycle rode up to him and opened fire.

Even for a neighborhood inured to violence, residents who stood around the police barricade appeared dazed by the audacity and ruthless efficiency of the killing.

The shooting happened a half a block east of the Queen Street Police Station, and police responded almost immediately, but Caceres had already died on the spot.

In March of this year he was an organizer along with Perry “Sticks” Smith of the 10 Days of Healing Initiative in his neighborhood of Taylor’s Alley.

This is the fifth shooting incident in Belize City in the last six days.

With Kirk Smith Jr succumbing to his injuries from Sunday night’s wild spray of bullets at a graduation party at the Brown Sugar Marketplace, this is the second murder of the week, with eight others injured, two of them still in critical condition.