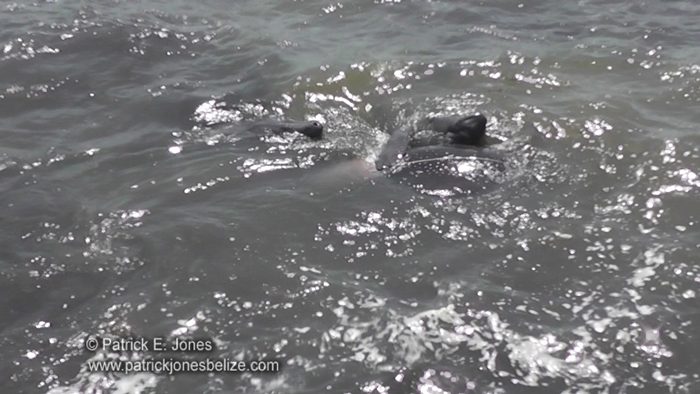 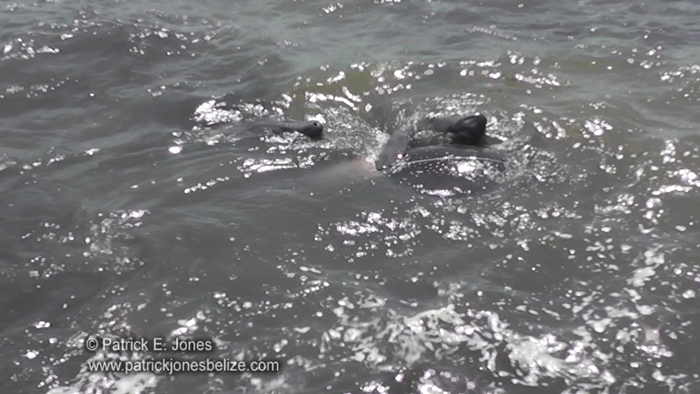 Tuesday, June 17, 2014. AARON HUMES Reporting: Manatees are known for the gentleness and the hard luck associated with being run over by boat propellers from time to time.

But when it is time to mate, they get a little aggressive – or at least the males do, as they chase down a heated female partner, determined to be the one to produce the single calf that carries on the species. 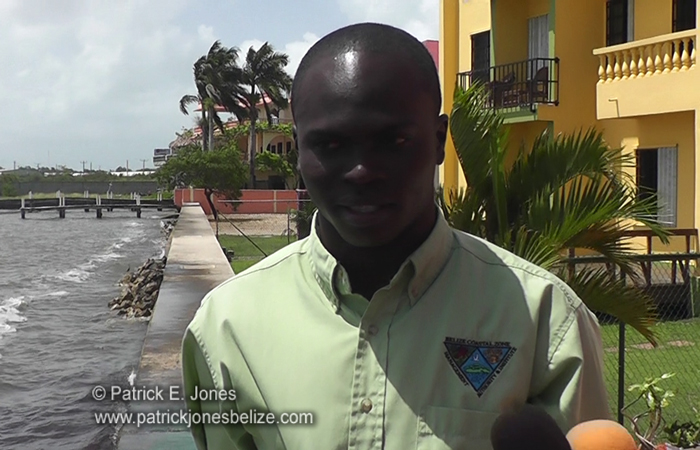 It’s going on right now at the mouth of the Belize River, and according to Jamal Galvez, who is the Manatee Program Coordinator at the Coastal Zone Management Institute, as many as 20 or 30 males are battling to mate with the single female in a ritual that takes place approximately every five years.

The mating usually takes place in deeper waters, but because all that movement is rather exhausting, the female manatees tend to drift closer to shore for a break.

Unfortunately, that puts them at risk to be run over by passing boat propellers, and Galvez issued this warning to users of the Haulover Creek and Belize River to be on the lookout for mating groups as they pass by.

Without caution, the distracted “sea cows” may literally run into their deaths.

The mating period can take up to two weeks.

Manatees are a protected species under Belize law.