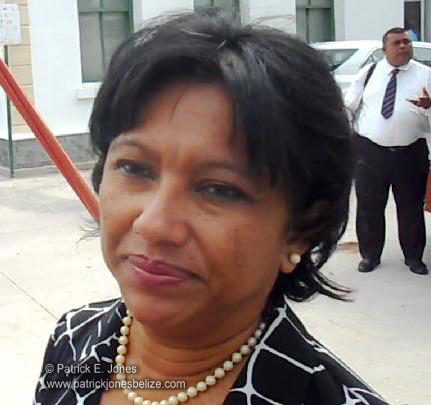 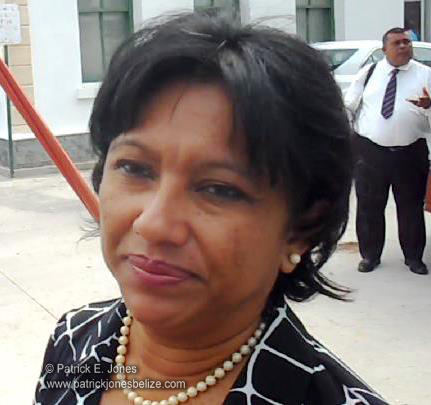 Tuesday, June 17, 2014. AARON HUMES Reporting: A statement issued on Monday by the Ministry of Natural Resources and Agriculture attempts to, in its words, “clarify” Friday’s judgment of Supreme Court Justice Courtney Abel in favour of the Belize Grassroots Youth Empowerment Association (BGYEA).

While acknowledging that the court declined to continue the interim injunction granted against BGYEA and Sam Patten on May 22, it says it can pursue another injunction ahead of the Fixed Date Claim form case for trespass to be held on June 30, 2014.

Attorney for BGYEA, Audrey Matura-Shepherd, told reporters in Belize City yesterday that the Government has been forced into the open in its pursuit of her clients.

They will not be allowed, she stated, to file ex parte injunctions against her clients and must present their case.

But exactly where are BGYEA allowed and not allowed?

The Government’s policy on road reserve along the highway is limited to 20 feet but in the case of Harmonyville it is claiming up to 174 feet inside.

Matura-Shepherd says this is discriminating against her clients. Matura-Shepherd told reporters that they will defend any claims brought against BGYEA.

The Government release notes that it was at BGYEA’s request in April that the Department of Lands and Surveys issued eviction notices to squatters in the zone.

It says it will continue to pursue the removal of illegal occupants within the buffer zone, presumably including BGYEA themselves.