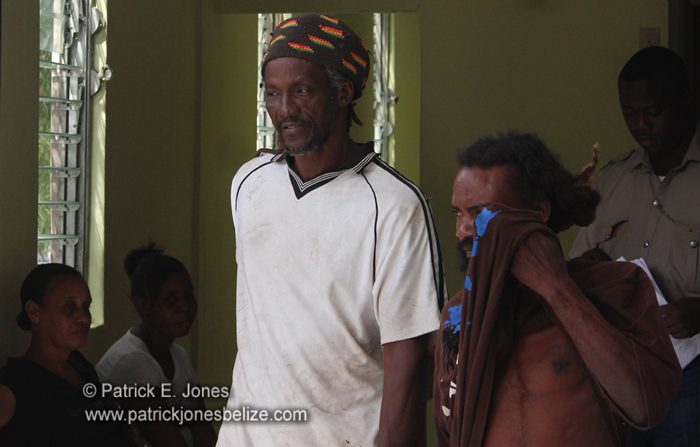 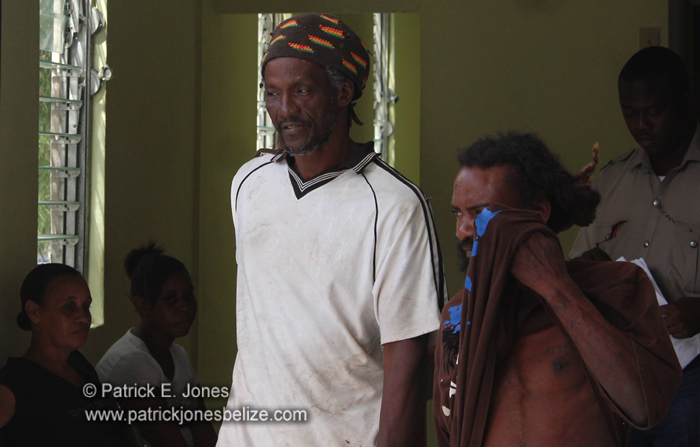 Wednesday, June 18, 2014. AARON HUMES Reporting: An off-duty police officer got into a dispute with a retired footballer aboard a village bus on Monday, but Chief Magistrate Ann-Marie Smith avoided a criminal record for 52 year old Robert “Crane” Major, choosing today to discharge him from charges of wounding and damage to property.

Major boarded a bus heading from Ladyville to Belize City around 2:15 p.m. on June 16 at the junction of the Philip Goldson Highway and Lords’ Bank Road.

Already on board was constable Nolbert Segura who was traveling with his four year old son.

Major was passing down the aisle when water from his water bottle splashed on Segura’s face.

Their stories diverge from there. Constable Segura says he approached Major and identified himself, where upon he says Major told him “I don’t give a (expletive) and proceeded to punch him above the right eye, causing a cut. They began to fight and Major held Segura’s shirt, tearing it.

Major admitted in court that he was not totally innocent, but insisted that it was accidental and he did not even know that Segura was a policeman.

He says he was holding the bottle over his head when the water dripped out, and claimed he was attacked first by Segura, who called for help from fellow police officers who allegedly beat him up and subdued him.

The Chief Magistrate issued a caution to Major for this not to happen again and ordered a discharge, which is not a full acquittal.

Major is free to go but he is expected to keep out of trouble.