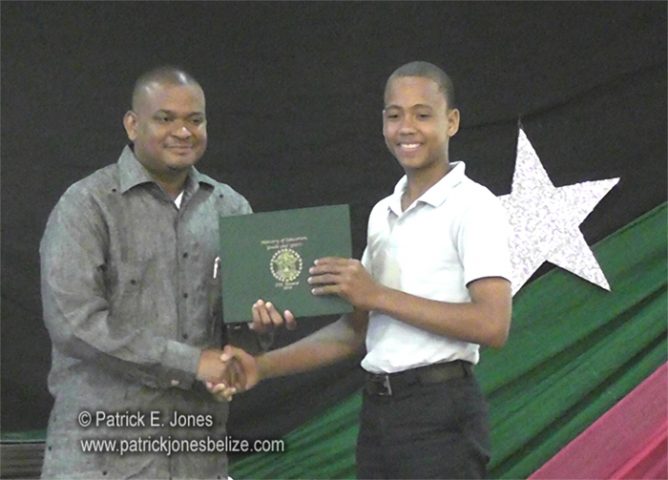 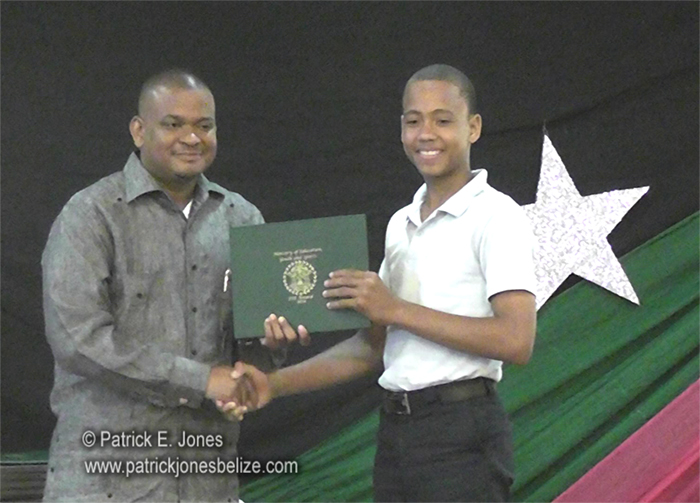 Wednesday, June 25, 2014. AARON HUMES Reporting: The top 25 national performers in the 2014 Primary School Examination (PSE) and those of the Belize District were today honored by their peers, families and the Ministry of Education.

It is an annual tradition with all the pomp and circumstance required, and it reminds that among all the bad things in this world there is still something good and innocent.

And so while Minister of Education Patrick Faber struck a familiar refrain about the need to involve everyone in improving the education system, he took the opportunity to single out the school that molded this year’s top performer Ashton Tillett, Crooked Tree Government School, for what they did right.

According to the Minister, it starts with trained teachers, and builds on strong educational leadership and community spirit.

The Minister also made note of the school and community’s resilience in the face of adversity – storms that crippled village infrastructure and a tragic accident occurring earlier this year.

Speaking more generally on the PSE results the Minister stated that all things considered, things have improved slightly, and it is time to look forward.

An IDB grant will provide some $20 million for training teachers countrywide.

As for the students, top performer Tillett, who receives the Jane and Michael Nembhard Award paid tribute to those he said helped in his success, from teachers, to parents, to fellow students and especially God.

Second place went to Andres Hung of Cayo’s Our Lady of Guadalupe.

The top performers received various gifts including partial scholarships to the schools of their choice.

Separate regional ceremonies will take place on Thursday in the West, North and South of the country.

In related news, the Ministry of Education has come under fire for glitches in its scoring of the Primary School Examination that left some students wondering what their grades actually were.

The scores released are preliminary, and as of last Friday which was the deadline for queries to be made, those with problems about their grades were addressed.

Minister Faber mentioned one school – Louisiana Government in Orange Walk – but left specifics to the Examinations Unit of the Ministry which administers the examination.