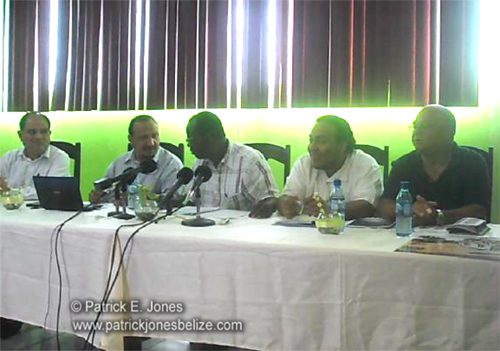 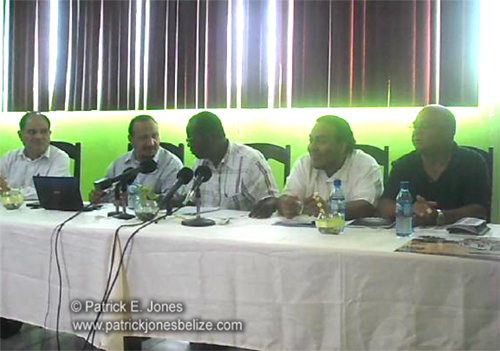 Thursday, June 26, 2014. AARON HUMES Reporting: Chikungunya may have an unusual and funny name, but the pain it is causing in the Caribbean Basin and on the mainland is no joke.

As of June 20 more than 175,000 cases have been reported in 29 territories, 5,000 of which were confirmed in 19 territories from as far south as Chile in South America to the southern United States, with 21 deaths.

The Eastern Caribbean has taken the brunt of the fast-spreading disease but it has shown up as close as El Salvador with 1,200 cases.

“Chik-V,” as its name is shortened to is  carried by mosquitoes like Aedes aegypti which also spreads dengue fever.

It has not reached Belize, but, Belize’s Ministry of Health remains on high alert.

Director of Health Services Dr. Michael Pitts, who spoke at a press briefing in Belize City today, said that the Ministry has put its shoulders to the wheel to ensure that it can best mitigate the spread of the disease should it come here, but there is really no way of knowing when it will strike or how.

But according to Dr. Francis Murray of the Ministry of Health, there is a way to distinguish the two.

The typical case of Chik-V lasts much longer, up to 6 months, and treatments are limited because it is a viral disease.

Antibiotics do not work, there is no vaccination against it, and affected persons are advised to take non-aspirin painkillers and anti-inflammatory medicines to lessen pain.

One of the best ways to stop diseases spread by mosquitoes like Chik-V is to ensure that breeding sites for mosquitoes are destroyed.

Technical advisor to the Vector Control Unit Francis Westby says Belizeans should be their own best neighbor and look out for each other.

The Vector Control Unit has bolstered its vehicle component by 11 vehicles bought with funding from the European Union, PAHO and the Government of Belize and will deploy 22 ultra-low volume fogging machines and sprayers to attack efforts to mosquito larvae and eggs as well as adult mosquitoes.

If you have any of the symptoms listed, visit your nearest health provider.

While the Ministry of Health is keeping a wary eye on Chik-V, two old enemies haven’t quite gone away.

As noted dengue fever and Chik-V are spread by the Aedes family of mosquitoes, particularly Aedes aegypti, and the Ministry says it has linked its approaches for fighting both.

There have been 200 cases countrywide since the the start of the year, typical for this portion, but expected to go up as the rainy season hits.

Here in Belize City, dengue cases are popping up mostly in Districts 4 and 5 on the City-wide Sanitary District Plan, corresponding to the Lake Independence and Port Loyola areas.

And finally in health news there has been a confirmation of at least one case of leptospirosis, which is spread by rats.

A young man is in treatment and Dr. Pitts says health officials will be visiting his residence for some de-rat-ification.

Again the call goes out to Belizeans to take care of their yards to get rid of the pests that spread disease and in some cases, death.