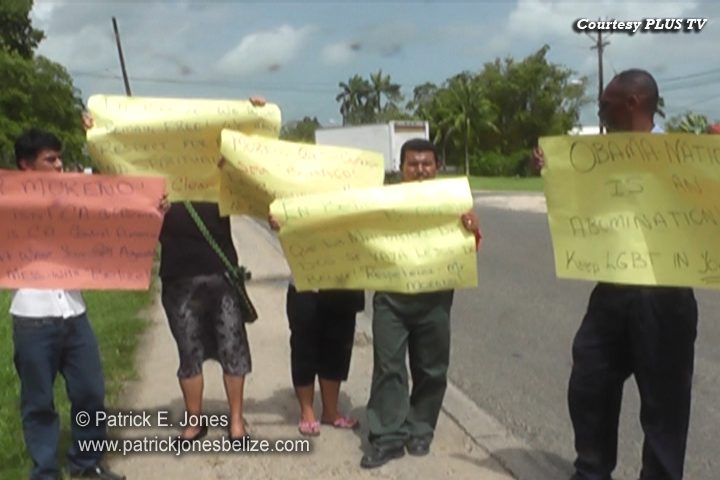 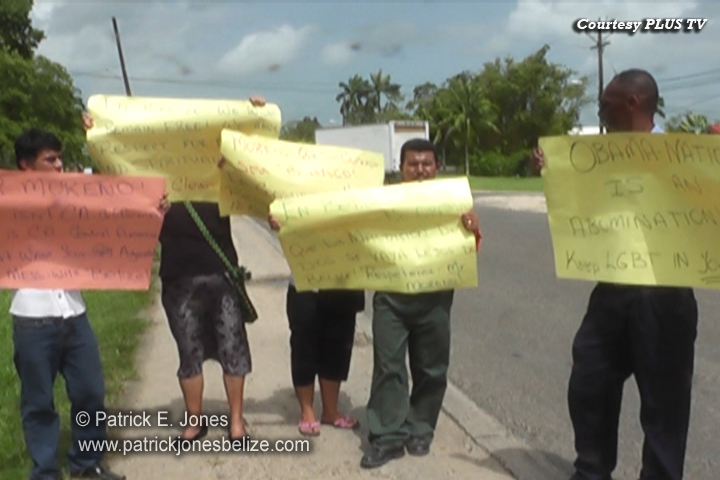 Thursday, June 26, 2014. AARON HUMES Reporting: United States Ambassador to Belize, His Excellency Carlos Moreno, spent his first day in the capital responding to concerns from those who believe he has come to promote the rights of lesbian/gay/bisexual/transgender persons (LGBT) on behalf of the American government.

On Tuesday of this week five persons, led by Belize Can president, Patrick Menzies, carried placards and shouted “Abomination!” at Moreno’s vehicle as he and his wife Christine arrived at the residence of Governor-General Sir Colville Young to officially present his credentials.

When Ambassador Moreno was a judge on the California state supreme court in 2009, he voted alone against Proposition Eight, a proposed law defining marriage as between a man and a woman, when it was struck down. 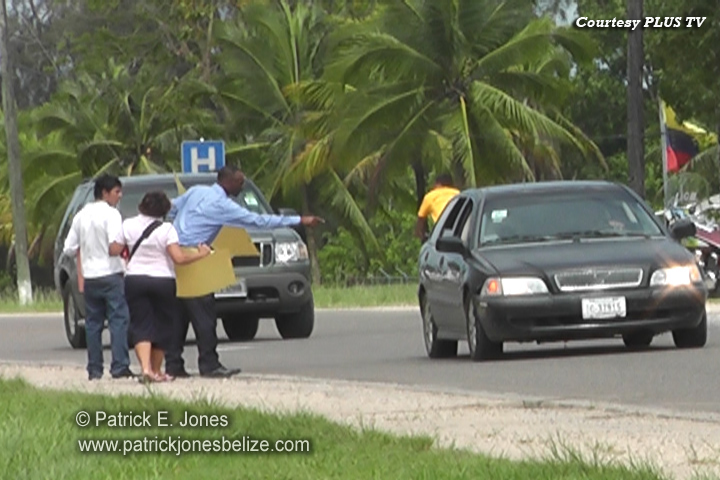 Menzies and his fellow protestors believe that Ambassador Moreno was “selected” by President Barack Obama to promote homosexuality, which Menzies referred to as Obama’s “new democracy,” and not in his traditional role of promoting democracy on behalf of the U.S.

According to Menzies, Moreno is quoted as saying he would teach Belize “to obey international law.”

But he says Moreno – and Obama – would be better served to “just stay out of our business” and not attempt to have Belize change its constitution and laws to support the LGBT agenda.

Ambassador Moreno, in remarks to reporters at the U.S. Embassy compound, insisted that there is no such agenda and those who believe otherwise are “off the mark.”

He stated that America’s mission is to promote “human rights” in respect of all groups, whether marginalized or not.

But his opponents believe that the phrase “human rights” is a cover for LGBT promotion.

The protest was brief and completed before Ambassador Moreno left Belize House an hour later.

The new ambassador who succeeds Vinai Thummalapally is to formally meet the press next week.