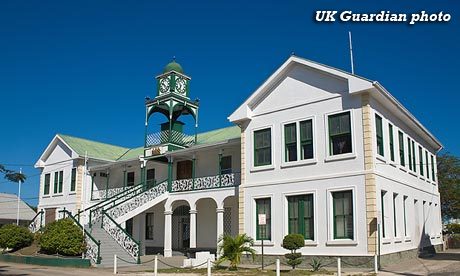 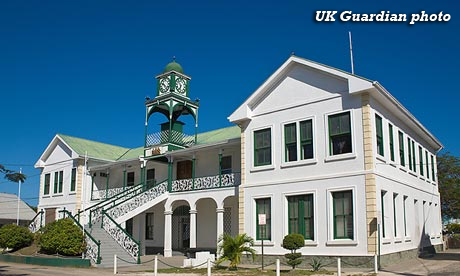 Friday, June 27, 2014. AARON HUMES Reporting: The case of six men accused of aiding in the landing of an alleged drug plane on the Southern Highway in 2012 concluded in the Court of Appeal late this evening.

A plane famously landed on the Southern Highway on November 13, 2010, and nearby police and BDF found 80 bales of suspected cocaine – about 29,000 kilos, with a street value of close to $170 million Belize dollars.

But after trial in 2012, Justice Denis Hanomansingh refused to send the case to the jury on charges of abetment to import a controlled drug, believing that the men had no case to answer.

The office of the Director of Public Prosecutions duly filed an appeal and it was heard in part on Wednesday.

The attorneys for the accused, Senior Counsels Hubert Elrington and Simeon Sampson and Anthony Sylvestre, urged on the court today in their replies to DPP Cheryl-Lynn Vidal that their clients faced no evidence that would have convinced a jury reasonably directed to consider them guilty beyond a reasonable doubt.

The missteps of the prosecution, according to Elrington, were what led to the decision of Justice Denis Hanomansingh to free the men, saying they had no case to answer.

However, at the conclusion of the case the panel of Manuel Sosa, Samuel Awich and Dennis Morrison announced that it would treat the hearing as the hearing of the appeal after it granted the leave to appeal.

It allowed the appeal, set aside the verdict of acquittal and ordered a retrial before a Judge other than Justice Hanomansingh.

Senior Counsel Sampson told reporters afterward that they will just have to try again.

He told reporters that he was not disappointed over the ruling as the Court of Appeal carefully considered all the arguments, but he was careful to insist that his clients were and are not convicted and would get a second chance in the lower court.