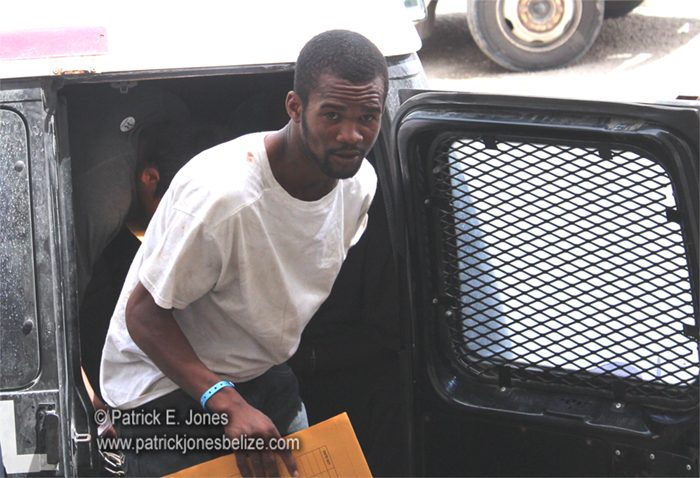 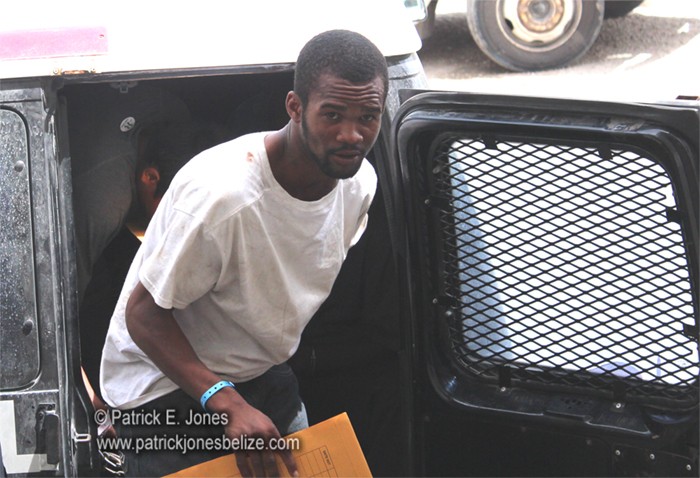 They pled not guilty to the charge and they were denied bail after the prosecutor objected to bail on the grounds that the offence has become prevalent , that the offence is of a serious nature and that if granted bail the accused persons might interfere with the investigation because the firearm has not been recovered.

Samuels and Flores were remanded into custody until August 20.

The incident occurred on June 25.

Butler reported to the police that two persons accosted him and stole his 9 millimeter pistol that had 8 rounds of ammunition in its magazine.

Samuels said in court that he and Flores were taken to mile 4 on George Price Highway and they were beaten by the police.

Samuels said that they beat him until he lost consciousness and some of his ribs are broken.