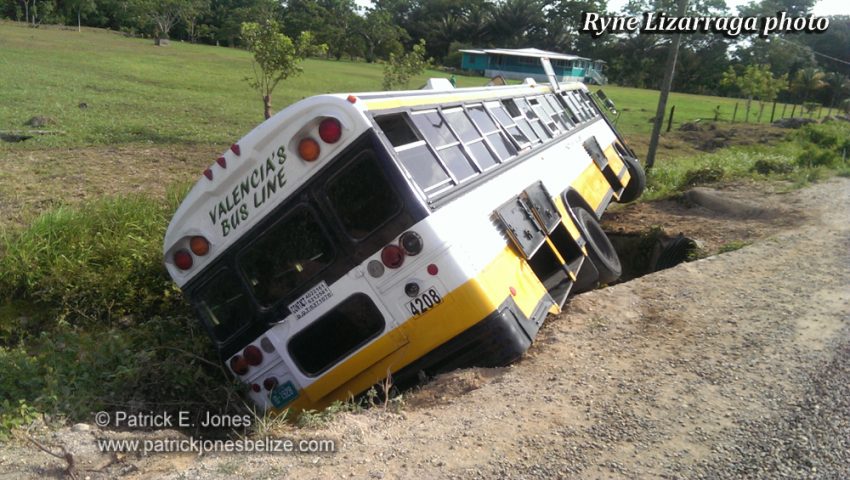 Valencia's bus off the road 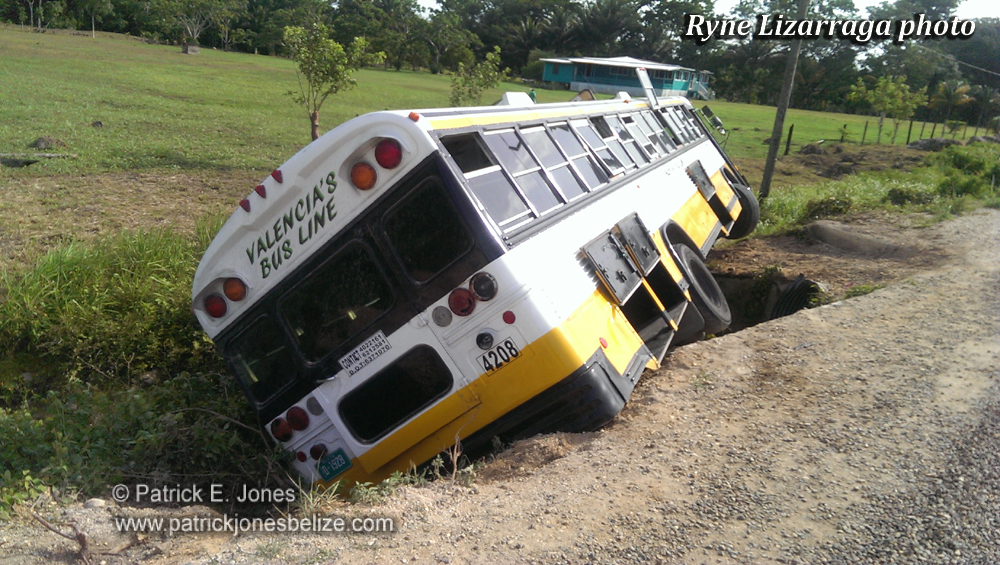 Valencia’s bus off the road

Monday, June 30, 2014. PATRICK E. JONES Reporting: The sight of a passenger bus on its side in a ditch on the George Price Highway was not a particularly good thing to witness early this morning.

But that was just what early morning commuters saw as a bus belonging to Valencia’s Bus Line ran off the road and into the drain near mile 47.

The incident happened just before 6 am. The driver of the bus, 25 year old Ivan Valencia says that he saw a motorcyclist lose control after a mini van apparently braked suddenly in front of him. 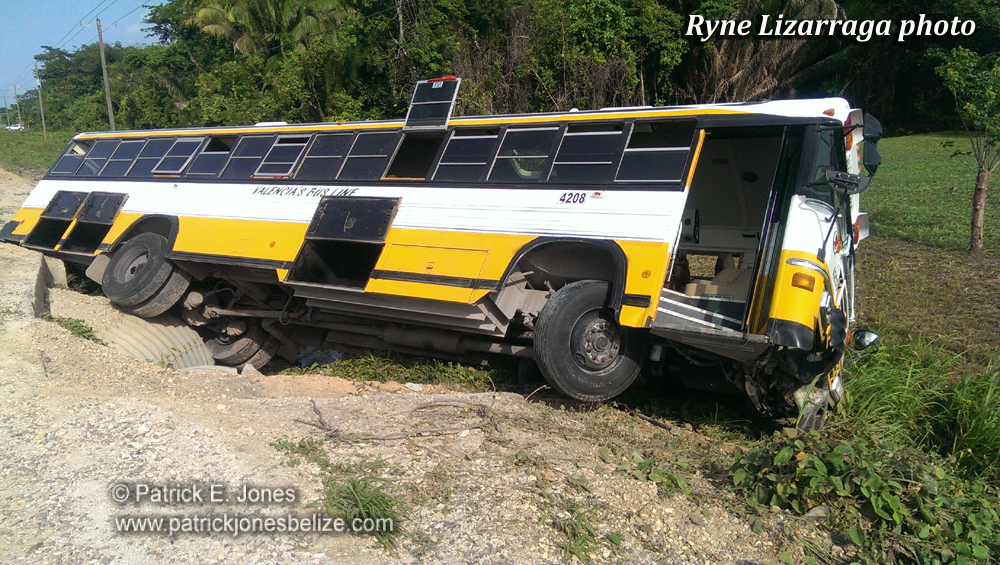 Trying to avoid a collision with the motorcyclist, later identified as 42 year old Karl Tillett, the bus driver says he began slowing down the bus but still ended up clipping the motorcyclist.

To avoid running over the fallen motorcyclist, the driver says he further swerved to the side of the highway, running off the shoulder of the road and over a culvert, landing the bus on its side.

Tillett sustained multiple scrapes and bruises, while the conductor on the bus and a passengers suffered cuts and a broken nose respectively.