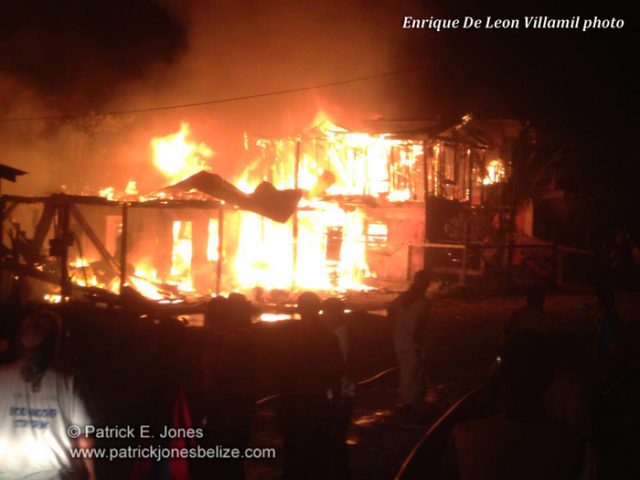 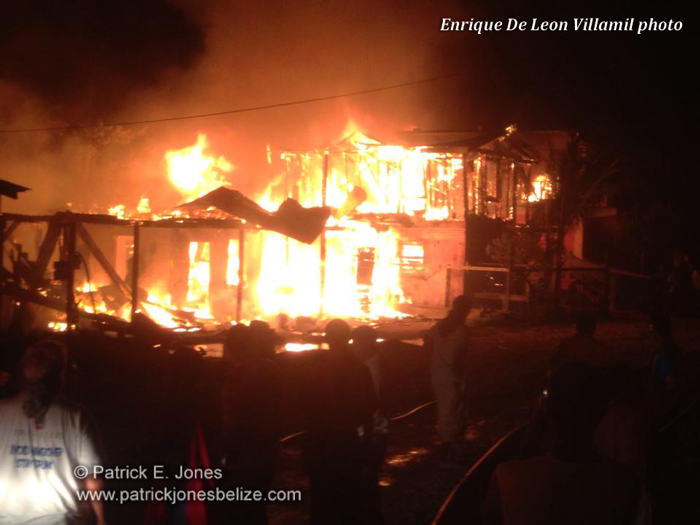 Monday, July 7, 2014. PATRICK E. JONES Reporting: Police say that a total of 9 buildings were damaged in a fire last night in the Boca del Rio area of San Pedro town on Ambergris Caye.

The blaze broke out around 8:45 PM on Sunday and by the time the fire was extinguished, close to thirty people had been left homeless.

Authorities say that upon arrival at the scene of the fire, they met a wooden and concrete structure engulfed in flames.

Police say that preliminary investigation indicates that the fire started from a two-storey concrete and wood building from where residents of the area say they first saw smoke coming from.

No one was injured in the blaze and police investigations continue.