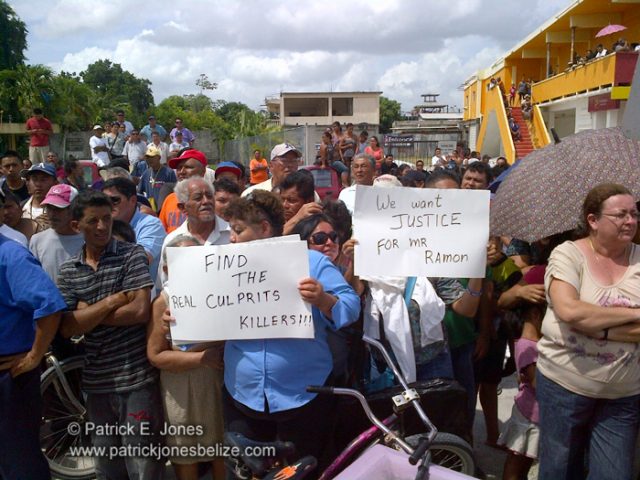 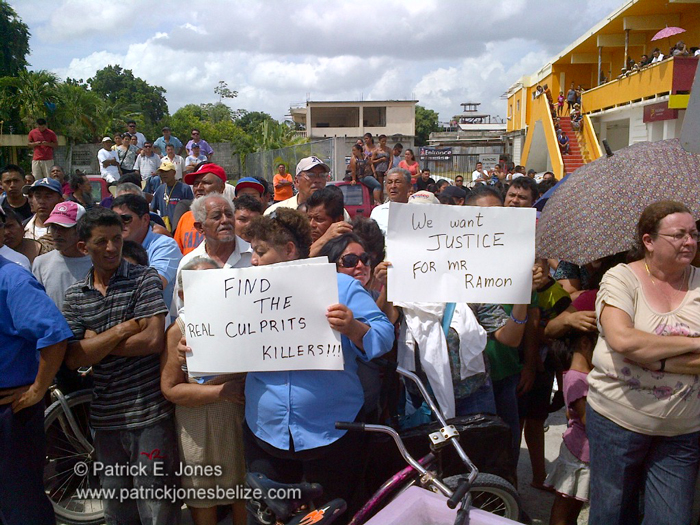 This morning at least two hundred residents of Orange Walk gathered in front of the town’s police station anticipating the chance to get a glimpse of the persons believed to be responsible for the death of the former Mayor and former Senator.

The people thought that the alleged perpetrators would have been escorted the short distance over to the Orange Walk Magistrate’s Court to be arraigned; but that expectation has been delayed. 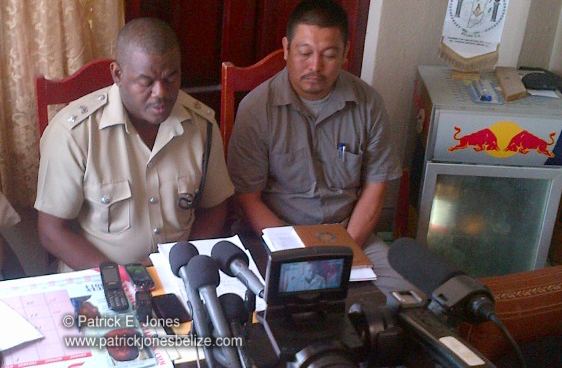 That is because, as explained by the northern regional boss for the police, Superintendent Joseph Myvett, the file containing all the evidence gathered so far has just been sent to the Director of Public Prosecutions this morning for her advice and directives on possible charges to be levied against persons in detention.

That directive, as of 2 PM, had not been given by the DPP Cheryl-Lyn Vidal. Cervantes vanished from his cane field on the San Roman road on July 1.

His decomposed body was found in a shallow grave on a farm in the Dublum Bank area on the Honey Camp Road on Saturday night.

Police say they were following several leads when one of them led to the area where Cervantes’ body was buried.

An on-site postmortem examination concluded that the 71 year old businessman died as result of trauma shock as a consequence of head injuries due to blunt instrument. 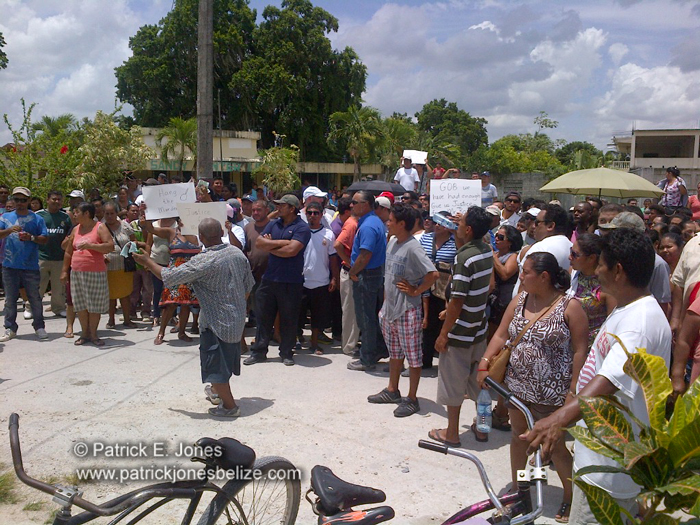 Based on the autopsy report, police believe that Cervantes was killed on the day after his disappearance.

Police would not divulge much information during a near 20-minute press briefing this morning.

They did however confirm the results of the postmortem examination and that over a dozen people are currently in detention in connection with the case.

Some of the people gathered in front of the police station this morning carried placards calling for justice for Mr. Cervantes.