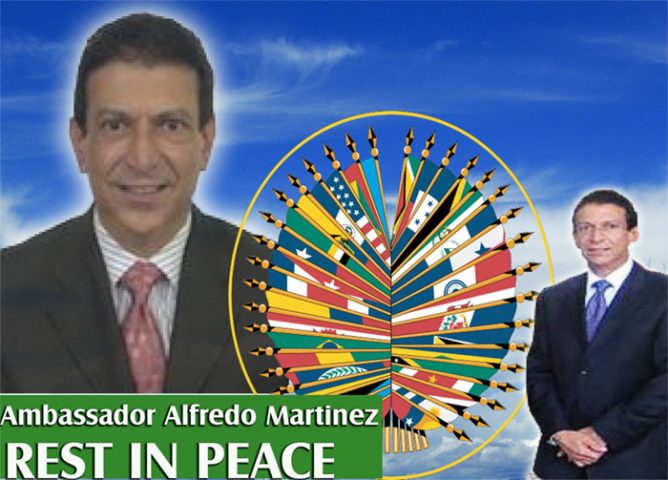 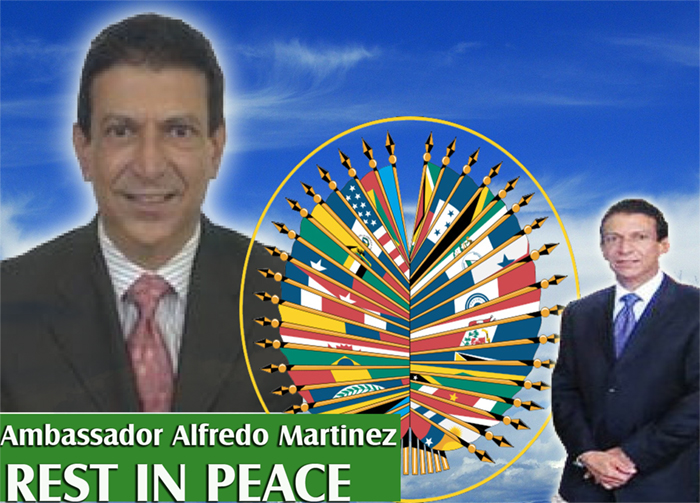 Wednesday, July 9, 2014. PATRICK E. JONES Reporting: The Office of the Organization of American States on the Belize-Guatemala border has issued a note of condolence, expressing sadness on the death of Ambassador Alfredo Martinez.

Ambassador Martinez passed away on Tuesday night at a hospital in Guatemala City.

The statement from Ambassador Raul J. Lago, the staff of the Adjacency Zone Office, the director of the OAS office in the Adjacency Zone Sergio Benitez and the Chief of the OAS Peace Fund Magdalena Talamas hailed the contributions of Ambassador Martinez “as Chief Negotiator for the government of Belize, for his invaluable contributions directed at finding a peaceful and permanent solution to the territorial dispute between Belize and Guatemala.”

The OAS statement says that Ambassador Martinez “was a brilliant diplomat whose dedication to his work, despite many challenges and obstacles, are commendably. We will truly miss his energy and commitment to strengthening the bonds of friendship between Belize and Guatemala.”

The OAS statement ends by saying that Ambassador Martinez “represented the best in the diplomatic service,” and that he was “an equally outstanding person, leader and friend to all who knew him.”