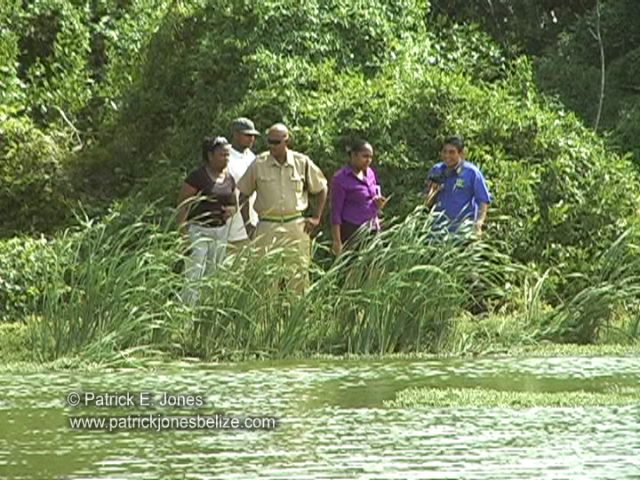 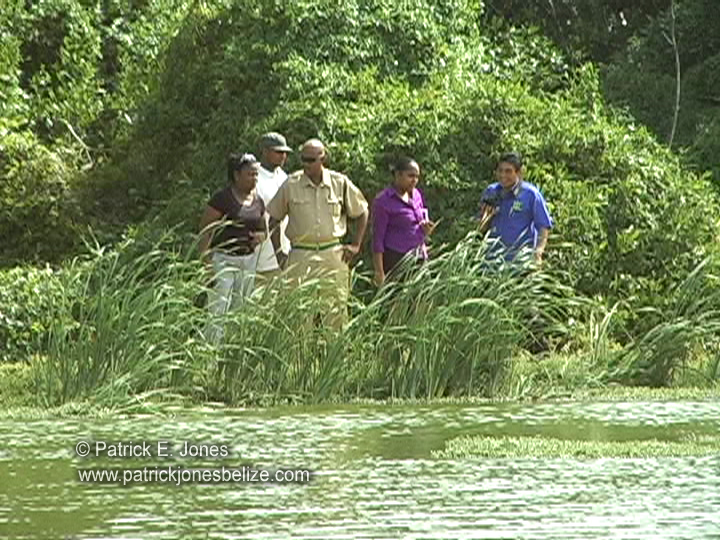 Thursday, July 10, 2014. AARON HUMES Reporting: The site of the BWS pond/dyke site behind Fabers’ Road Extension is not far from the troubled hotspot of Jane Usher Boulevard and is known for hiding stashes of firearms, ammunition and drugs, and one or two dead bodies. Yet another was discovered around 3:00 p.m. Wednesday afternoon.

The dead man was seen floating face down in the lagoon about 6 feet from dry land apparently dead.

Also seen on the body was a cut wound to the neck measuring about 6 inches in length and (1) large cut wound to the abdomen, from the collar bone down to the bottom of the stomach. The body was retrieved from the lagoon but due to the advance state of decomposition it was unrecognizable. 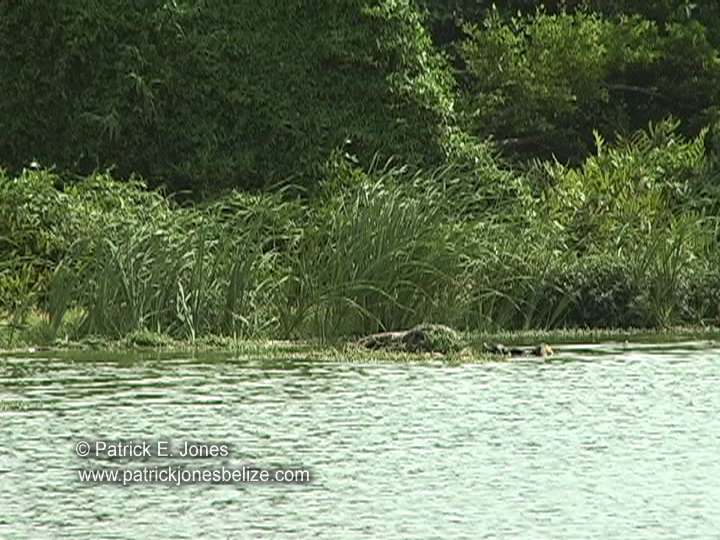 Body in the sewer pond

A postmortem examination was conducted at the scene by Dr. Mario Estradabran; however, the cause of death had not been ascertained as yet and is pending further analysis.

The body has been identified as 29-year-old Davee Dwayne Copius of Jane Usher Boulevard. His niece, Latifah Sutherland, said they contacted Police, but too late as a makeshift burial was held due to the advanced state of decomposition.

Police say they have no leads in their investigation, particularly as to why Copius was killed so gruesomely, and no idea if it is linked to the string of shootings and murders in the area recently.

And it is equally as baffling for Copius’ family members who say their relative was no gang associate.

Police say they collected little evidence from the area but they are going over what they do have from the land surrounding the site.