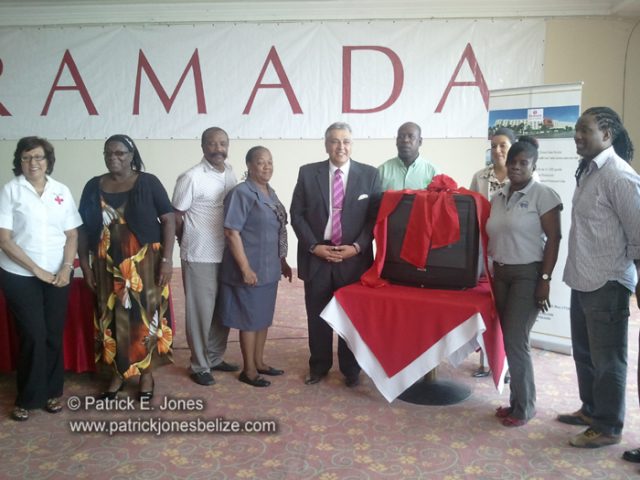 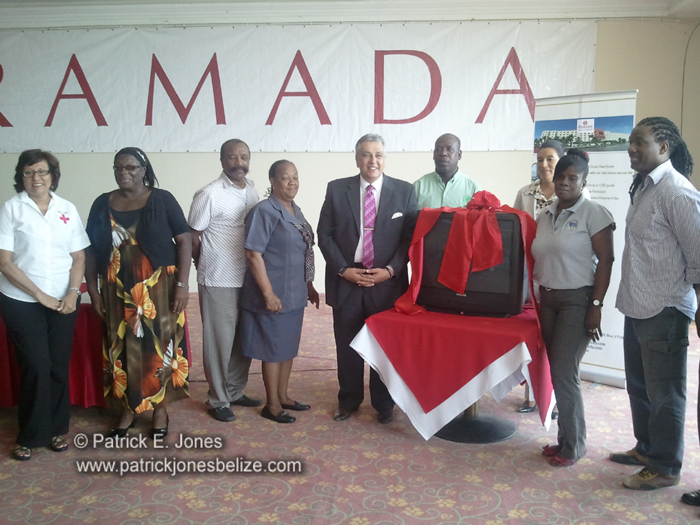 Thursday, July 10, 2014. AARON HUMES Reporting: Following its rebranding as the Ramada Belize City Princess Hotel, the former Princess Hotel and Casino has undertaken a remodeling of its 160 rooms to Ramada standards.

The hotel decided to donate the equipment to several civil society organizations for their distribution.

While he would not put a dollar figure to the value of the replacement, Ramada Princess General Manager Erol Olcan says the company is trying to do good for the city and country it calls home.

He told us that they bought their new TV’s from local merchandisers rather than importing from abroad.

Director General of the Belize Red Cross Lily Bowman tells us that they have not formally decided how to use their donation, but possible uses include training equipment for regional branches of the society or fundraising for non-project funded efforts.

As for how the rebranding is going, Olcan told us it’s slow, but sure.

A grand re-opening of the hotel will take place later this year.