Couple charged for incident at bar 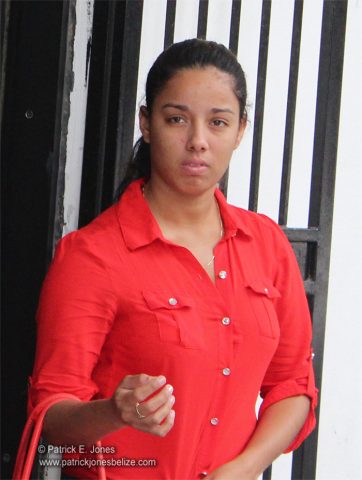 Tuesday, July 15, 2014. AARON HUMES Reporting:  Manager of Caye Caulker’s Anchorage Resort, Darwin Heredia, and employee of the Harley-Davidson motorcycle store on Cemetery Road, Shannon Martinez, 23, were read separate charges before Senior Magistrate Sharon Frazer over the same incident, in which a waitress was attacked at Chaps Restaurant and Bar on the Newtown Barracks on July 10. The circumstances of the altercation are not clear, but waitress Marta Lopez accuses Heredia of assaulting her and Martinez of throwing a chair at her.

A security guard, Darwin Frazier Jr was also injured during the altercation.

Heredia and Martinez pleaded not guilty to charges of wounding and common assault for him and aggravated assault for her and were released on bail of $3,000 and $1,000 each respectively.

Their next court appearance is on September 8.