The Enemies of Industrial Growth in Belize 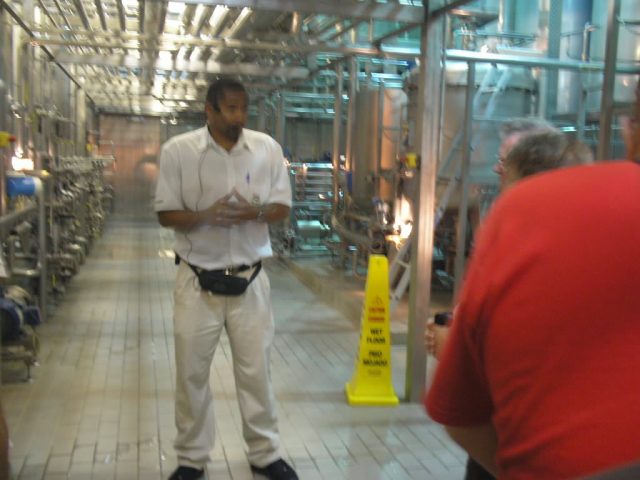 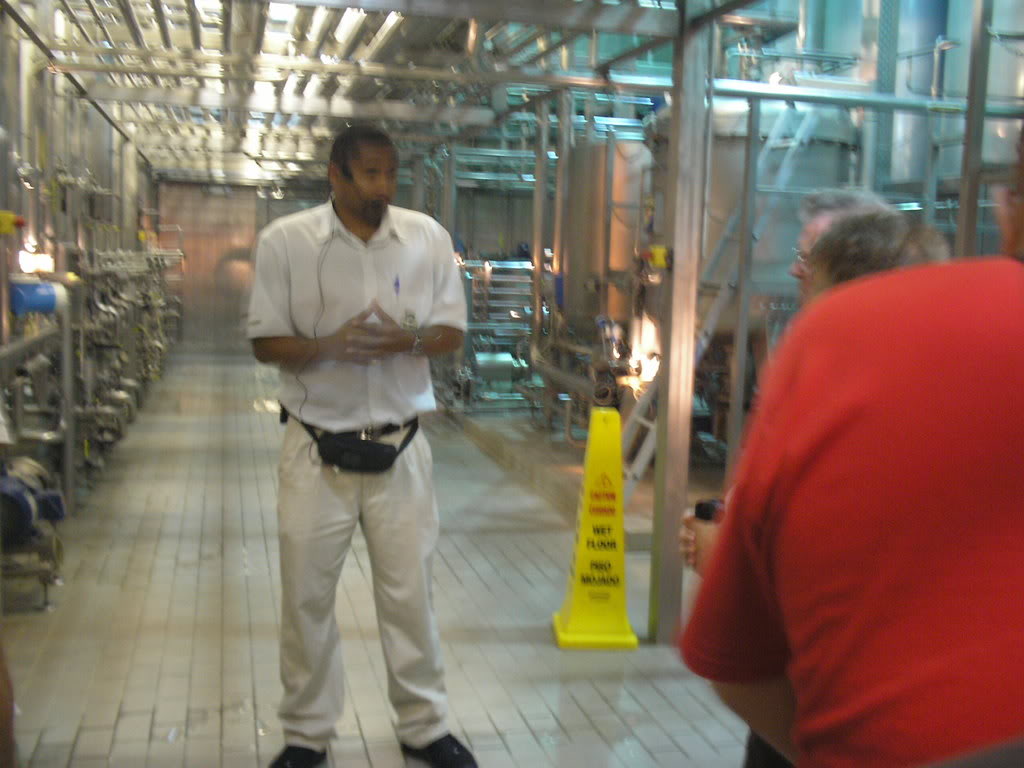 Belize is a relatively small country and population….with just over 5 million acres of land mass and 350,000 population.

“The history of Belize dates back thousands of years. The Maya civilization spread into the area of Belize between 1500 BCE to CE 1200 and flourished until about CE 1200. Several major archeological sites—notably Cahal Pech, Caracol, Lamanai, Lubaantun, Altun Ha, and Xunantunich—reflect the advanced civilization and much denser population of that period. The first recorded European settlement was established by shipwrecked English seamen in 1638. Over the next 150 years, more English settlements were established. This period also was marked by piracy, indiscriminate logging, and sporadic attacks by natives and neighboring Spanish settlements.[1]

Great Britain first sent an official representative to the area in the late 18th century, but Belize was not formally termed the “Colony of British Honduras” until 1840. It became a crown colony in 1862. Subsequently, several constitutional changes were enacted to expand representative government. Full internal self-government under a ministerial system was granted in January 1964. The official name of the territory was changed from British Honduras to Belize in June 1973, and full independence was granted on September 21, 1981.” ~ Wikipedia

This colonial history left Belize inheriting laws, policies and practices….and culture…of harvesting raw materials and sending them abroad…with preference for importing and consuming finished products. Production and value-adding is not a part of our genetic make-up nor conditioning. Amendments to our laws, policies and practices since Independence has only been done in response to narrow special interest lobby, on a political discretionary leash….not based on a NATIONAL DEVELOPMENT PLAN…..which has exacerbated imbalances in development and wealth creation and distribution…therefore, while the economy has grown, wealth continues to pile up only in the hands of those favored special interests. The grass is growing, but the horse is starving….for most. A cursory view suggests 20% increasing in wealth….40% stagnant and looking on….40% in rapid decline.

Belize is a relatively infant nation….and many of the choices that it makes reflect this infancy (as opposed to maturity)…and these choices have determined the scale and scope of its development thus far.

Allow me to point out a few of these choices, especially those that are the principal enemies of industrial growth.

Very few Belizeans have extensive exposure in the world…much less in the developed world. Their world-view is thus formed mostly from what they read in local newspapers opinionated editorials and other limited published material available in Belize, see on pirated television feeds or hear from those who share their travel experiences. A small percentage now have some travel exposure in our under-developed region and access to internet…but mostly use it to gain exposure to music, entertainment and social media…and as feed for a growing skeptical and cynical ghetto gangsta culture.

The elder “intelligencia” of Belice has been mostly influenced by the period of ideological “debates” that took place during the pre- and post-Independence period, during which two or three articulate leaders actively engaged the people on a grass-roots level, convincing them that the ideal of socialism was better than capitalism…and pushed “rights” without corresponding “responsibility”. The new “intelligencia” are the very children and/or proteges of the elder ones…since they were the ones that got the scholarships…and they grew up listening to and adopting their arguments and points of view. Belizeans, in general, are still stuck in this idealist ideological frame…even though socialism fell with the walls of Berlin.

To give an example….the entire foreign affairs of Belize has been controlled through all these years by seeds of the same tree…it shows in the company we keep close….the relationships that we cherish and seek to develop….and those that we choose to stay far from, and only use if and when we can. It has been able to use the Guatemalan claim as the unifying factor to forge and justify the ONLY “bi-partisan” institution in Belice…with the same “bipartisan” people controlling it (whether directly or remotely) since Independence.

Belize needs to grow up….and realize that the truth is somewhere in between…and take on a more pragmatic ideology of the mixed economy….believe in it….and act accordingly. It needs to hate entrepreneurship, investments and honest profit-making-initiative less….reward gainful employment, competitiveness and productivity more…and create a better enabling environment for advancement more through merit, ability and integrity….than on favors and “accommodation agreements”. It needs to advance its culture from a “colonial” one that views foreign and imported as superior…that divides us by envy, jealousy and hate….to an “independent” one that value and support more that which is Belizean, so that we can rapidly grow our production in quality and quantity….that unite us through greater cooperation, collaboration, cohesion and coordination.

The tree which bore the seeds of socialism mentioned above, also harbored its friends and allies….extremist tree-huggers from developed countries who were gong-ho in saving the planet from capitalist pigs. They came with their extremist conservationist ideas…infiltrated our institutions and formed new ones where they were facilitated…which lead to the current situation where half of the country, and most of our natural resources, are under “protected areas” and “co-managed” large-tracts of real estate…and controlled mostly by foreign interests through their local “representatives”.

BUT…the road to hell is paved with good intentions….and the abundance of natural resources of Belize have been kept sheltered from the “people of Belize”…not only from its development, but also from its knowledge. Hence, as the population has grown, so also has unemployment and poverty rates…even while “illegal immigrants” risk pirating the natural resources of the pirates of Belize…and mostly get away with it.

This holding of our natural resources under “lock and key” for some imagined “future generation”…has not allowed for development that create opportunities for gainful employment and wealth creation….therefore, our people continue to flee at earliest opportunity….replaced by newcomers seeking to improve their lot. Hence, “the people of Belize” is a continuously changing demographic….far different from the time of Independence….and will be completely different 10-20 years from now….it is a transient population….only here for a time to enjoy the socialist bounty of relatively free education, health, land and conservation grant-money that we have created since Independence…mostly living outside the sphere of taxation….and then moving on to greener pastures as quickly as possible.

Belize needs to swing its pendulum away from extremist conservatism, towards a more sustainable-development focus….so that the natural resources be developed in sustainable ways to improve the lot of ALL the “people of Belize”…and so that more people choose to stay here voluntarily to develop and enjoy the otherwise beautiful and bountiful country. While industries can and should be developed by importing raw materials and value adding them, the most of our wealth can come from sustainably developing our natural resources. The laws, policies and practices of the country needs to be modified in order to swing this pendulum….it will not happen on its own.

This is a fall out from the same tree that bore the seeds of socialism….forcing disproportionate increases in education, health, “conservation” and “social” spending….thus crowding out scarce resources allocated to agriculture and industrial development, infrastructure, land acquisition and reallocation, and jobs creation, etc. So, now we have many more educated and healthy living longer on average….but large percentage without gainful employment (especially the youth), with an increasing tendency towards illegal activity, corruption and crime…hopelessness, apathy and low self-esteem.

The private sector is also poorly organized and lead…with a Belize Chamber of Commerce Western Union (and industry) that is a forum more of compromise in favor of importers than anything else….focusing on grey areas of crime, corruption and “entrepreneurial training” (which is near impossible to measure success or failure)…..rather than on making concrete proposals to government for modifications of laws, policies and practices that would foster industrial and economic growth. Why? Because these currently “opposing” interests cannot agree on any….

This jumbling of commercial importing interests and industrial interests under one tent of COMPROMISE….will never lead to the strong sense of purpose and lobby that INDUSTRIAL DEVELOPMENT requires. The principal hindrance to progress under this tent, is the shallow view of a zero-sum mentality…where the importers perceive that growth of industry will result in loss of imports. This is such a very shallow view….because with industrial growth and more jobs, there will be much more disposable income and purchasing power to demand more and better quality imports with higher margins. Both will gain from industrial development. However, with import-driven economy in the absence of industrial development as we have now, growth in imports will continue being driven by growing tourism demand, but the “people of Belize” will continue to decline in wealth, shifting their demand to inferior quality merchandize that yield lower margins of profit….hence more profits will come from tourists than from Belizeans….and the money will continue to follow the money.

The development of Belize will continue to be driven by tourism interests and their customers…as can be seen from most of the infrastructure investments over the past 20 years, which is designed particularly for those “customers” in that segment of the economy…and not prioritized for the balanced long-term and wholesome development of ALL the people of Belize.

But there is another important factor….there are those dreamers in Belice who believe very strongly that Belize can depend almost exclusively on a “service economy”….relying more on growing tourism and so-called ICT-based services….forcing scarce resources and consolidation in that direction. They have taken over the ITVET’s and other institutions of higher learning, Beltraide, NICH, financing institutions and even the Taiwan Cooperation program…and forced them in this direction.

The few industrialists in Belize are prevented from organizing, because the laws do not allow them to make profit without “development concessions” and/or “market protection” driven by political discretion…hence, once one gets his favors, he better keep his mouth shut and stick to his own interests…lest he risks losing his benefits and investments. Those of us who speak out know the price.

The importers, service providers and tourism lobbyists are thus engaged in silent collusion….to the detriment of industrial development. As this trend has grown….so has unemployment and poverty.

The “socialists”….once they get their disproportionate spending in government, education, conservation and health…where they mostly feed….no matter the results over the past 32 years of Independence…they collude silently with the high-jacking of these lop-sided tourism/services and conservation interests of the axles, wheels and spokes of the entire economy.

The people and Government of Belize need to see industrial development as part and parcel of a NATIONAL PLAN to achieve a more balanced economy that provides full and stable employment for its people….and it needs to take into account that 50% of its population still live in rural areas…the vast majority of the labor force is unskilled or semi-skilled….and are more suited to agriculture and industrial manufacturing jobs. It needs to take into account that service jobs (tourism and others) are very seasonal, and exposed to very high risks…including, but not limited to rapid flight to greener pastures. Industrial investments are much harder to dismount from.

Belize can implement plans that would allow it to achieve an average 5% per annum GDP growth, so that in ten years time, our economy is truly 20% government, 20% agriculture, 20% manufacturing and 40% medium-to-high-end private-sector tourism/services….with full employment, growing and balanced wealth creation and distribution, and stable long-term economic outlook…based mostly around the sustainable development of our abundant natural resources.