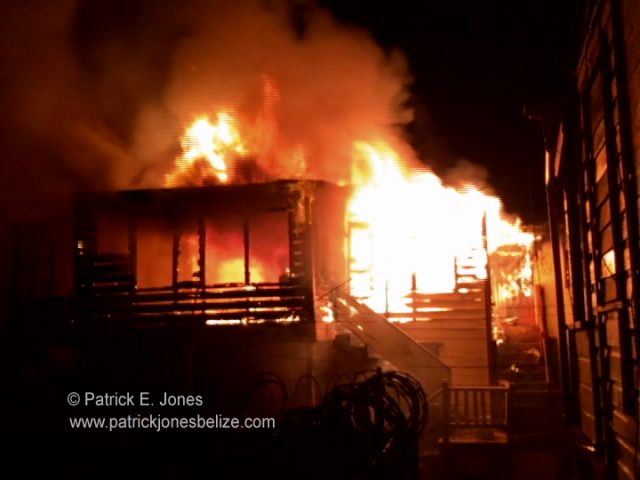 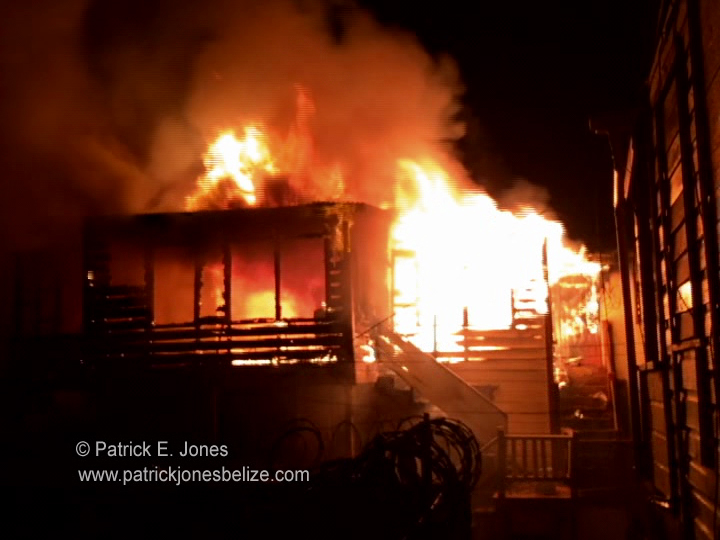 Monday, July 21, 2013. AARON HUMES Reporting: Fire broke out in Belize City on Friday night in an area that has become used to such hazards.

A yard on Prince Street, between Albert Street and East Canal, became a hazardous scene that brought hundreds of Belizeans out of their beds just after 8:30 p.m.

A two-story wooden structure was targeted, its top floor gutted despite the best efforts of the Fire Service.

However, they were able to prevent it from spreading to nearby houses.

Area resident and fire victim John Brackett said he was alerted by his wife and immediately tried to make contact with the Fire Service and start moving some of his things from his residence. 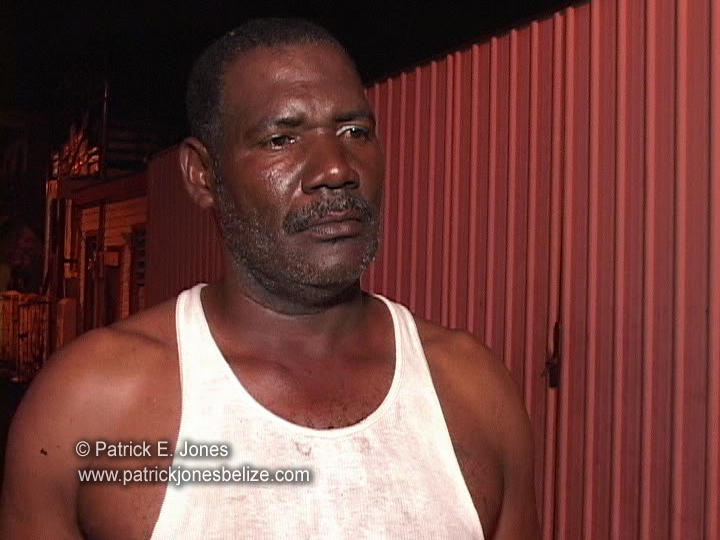 Brackett lived in a bungalow house adjacent to the structure where the fire started and while he was able to keep some belongings from being damaged, the greater majority sustained water damage.

One other house in the yard, to the rear of the affected house, was also hit by water damage and a fourth was singed by the flames.

Our information is that the Fire Service responded at 8:42 p.m. and quickly had the fire under control.

Investigations thus far reveal that the fire ignited from the rear corner of the upper flat, where some children were playing with a lighter on a bed.

The upper flat was rented by one Ian Mahler and the lower by Darren Andrews. 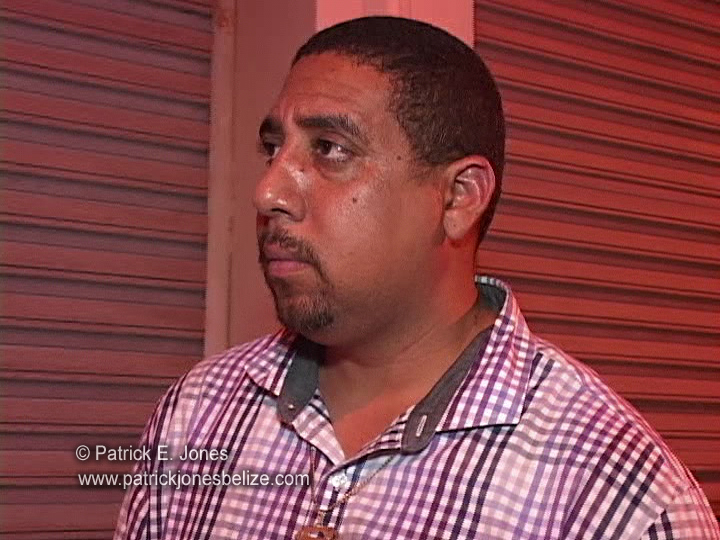 The building is owned by a Belizean-American residing in the U.S., and neither it nor its contents were insured.

According to Willoughby the Council will have to move to take down the structure as it represents a danger to residents of the area and as of the time of the fire, keeping persons from entering the area until the Department’s investigation was complete.