Monday, July 28, 2014. AARON HUMES Reporting: This morning, the Belize Grassroots Youth Empowerment Association (BGYEA) returned to court for a case management conference as it looks for a way past the Government, who wants it to desist from a planned initiative to plant corn in the Harmonyville buffer zone with the George Price Highway.

The government is claiming the area in question as a road reserve. 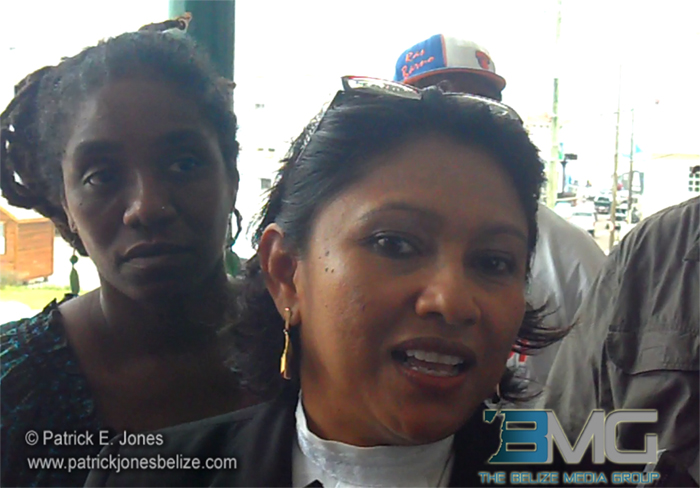 After about an hour in chambers before Justice Courtney Abel, BGYEA’s attorney Audrey Matura-Shepherd emerged with news of a major development: the case is going to court-ordered mediation with a view to having it settled out of court.

According to Matura-Shepherd, the court will only proceed to trial if the mediation does not work out.

It has been ordered for within 45 days of today’s date and expected to last about 1 to 2 days or as long as needed.

Matura-Shepherd explained that this effort fits with their declared intent of not being combative or confrontational with Government and it presents renewed hope for a settlement of the case that can satisfy both parties.

To that end, she told us that they will not attempt to work in the buffer zone while the matter is in mediation.

The end results of the mediation are public when they become court orders but the details of the actual negotiations are not.

The court will appoint one of its specially-trained mediators to sit with both sides, who must pay $250 each as a fee.

It is a recognition, she says, of the need to avoid animosity and the winner-take-all method of litigation in the court.

In related news, both BGYEA president Nigel Petillo and Matura-Shepherd flatly denied reports published two weeks ago in the United Democratic Party organ, The Guardian, that part of the Harmonyville land had been sold to a Belmopan business to store aggregates, that is building material like stones and rocks.