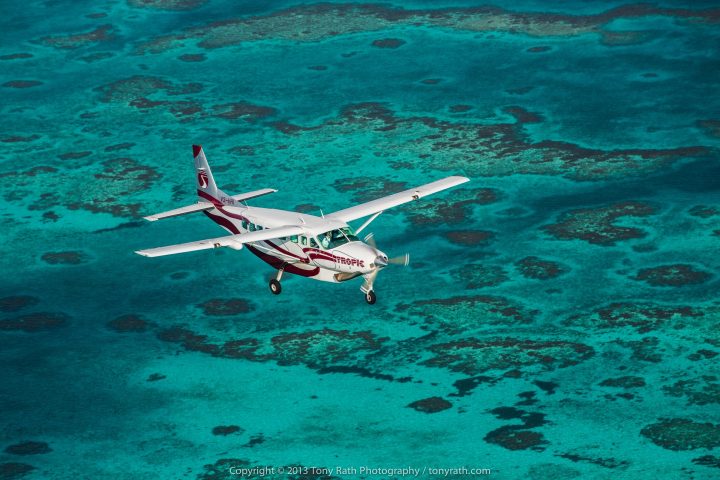 Monday, July 28, 2014. AARON HUMES Reporting: The San Pedro-based airline Tropic Air and Construction Depot Limited, owned by Brett Feinstein of the Benny’s Group of Companies, have been at odds over ownership of a piece of land on which Tropic Air is building a $6 million airplane maintenance complex near the municipal airstrip.

Construction had to be halted due to the controversy.

Construction Depot claims title for a portion of the land in question, superseding Tropic Air’s lease.

The title was expected to be canceled by the Ministry of Natural Resources in acknowledgment of human error at the Lands Department, but both sides had taken their case to court.

Today we were told following a in-chambers meeting with Justice Michelle Arana that the two sides had agreed to the terms of a settlement of the case.

The terms of the settlement are confidential but attorney for Tropic Air, Senior Counsel Eamon Courtenay, explained to reporters that he believes both sides will be satisfied by its terms.

He was joined by Agnes Segura-Gillett while Leslie Mendez appeared on behalf of Construction Depot, sitting in for Godfrey Smith, and Acting Solicitor General Nigel Hawke appeared for the Government.