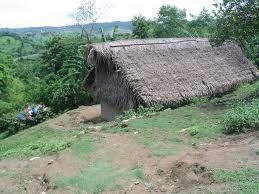 Petrolino Lorenzo Ramirez, 46, a resident of Santa Cruz village was chopped multiple times when he was attacked by a younger man.

The details of what prompted the attack are still being investigated by the police.

Ramirez was transported to the Punta Gorda town hospital where he remains admitted to ward in a stable condition.

Police say that when they went looking for the suspect in the attack, they found him armed with a machete.

He has since been identified as 18 year old Pablo Escobar, a resident of San Vicente village.

Police say that when they found Escobar they ordered him to drop the machete, but he instead raised the machete into the air and tried to throw it at the police officer.

The officer is reported to have fired rubber bullets at Escobar to try and get him to surrender; but that did not faze him.

Reports are that the policeman then drew his service revolver, took aim and fired one shot which caught Escobar in the right upper leg.

He was then disarmed and taken to the PG hospital.