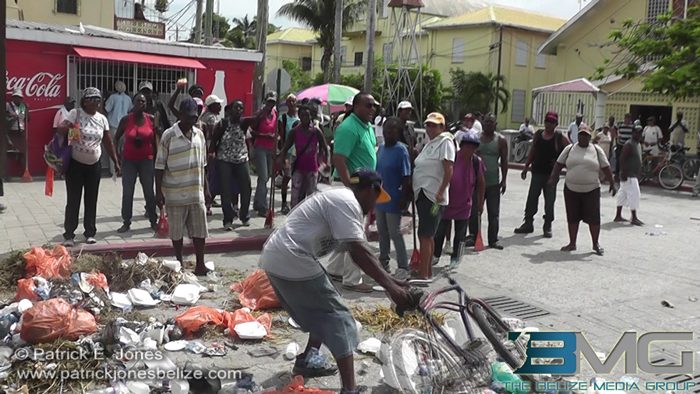 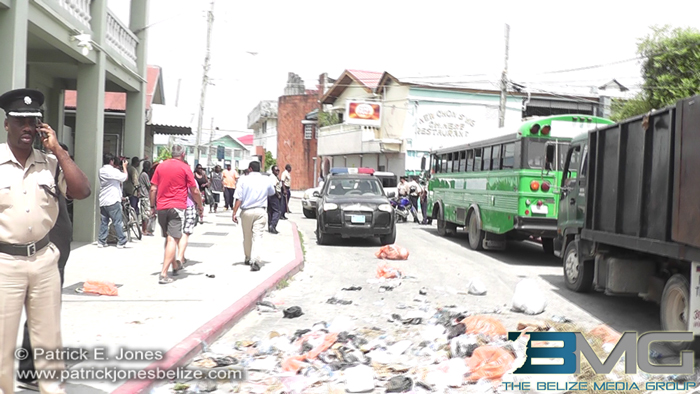 Monday, August 4, 2014. AARON HUMES Reporting: After learning this past weekend that 50 of them  would be temporarily terminated, and worried about who would be next on chopping block, employees of Belize Maintenance Limited (BML) this morning erupted into a sustained display of rage and frustration with the Belize City Council and Mayor Darrell Bradley.

As we have reported, the Council is eighteen weeks behind schedule on payments to BML for its work in Belize City.

Even as it insists that it intends to pay when it can, the Council is talking about a transition to a plan that appears to cut BML entirely out of the sanitation picture in Belize City.

Unfortunately, that threatens the jobs of about 170 employees, many single parents who have nowhere else to turn. 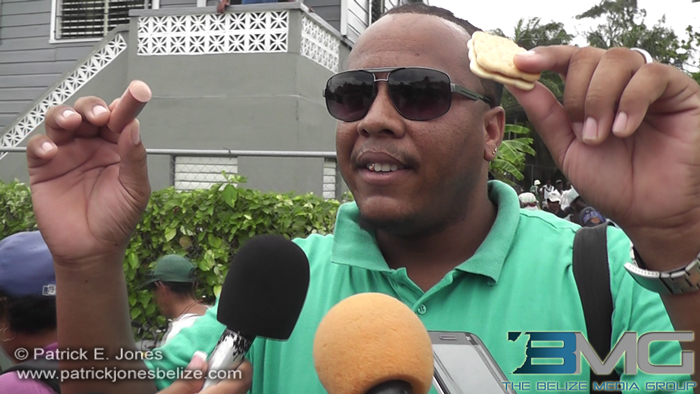 Their cries reached the ears of activist Delroy Herrera, who orchestrated a meeting at the company’s offices on Baymen Avenue this morning.

He insisted that the Mayor was not being truthful about his constant contact with BML and added that if the mayor and his council cared about the 170 BML workers, then at the very least the council would be up to date with its arrears as it relates to BML, “slow season” or not.

According to Herrera, many of the workers that are working with BML came over from Belize City Council back in the 1990’s and owner Lawrence Ellis hasn’t broken their service, which means when the contract is up, he will have to give them their severance pay, but he questioned how the company can do this if the City Council is already treating them like personae non grata. 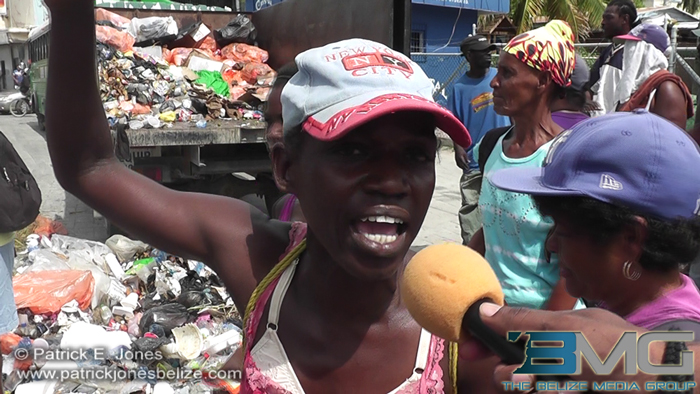 Herrera also stated that the Council should turn around and begin proper negotiations with BML, criticizing their current actions as demonstrating a lack of good faith.

Several BML workers pleaded their cases for keeping their jobs.

Among them are many single mothers and others who have family to take care of and asked whether the Council wanted them to go into a life of crime as an alternative.

They believe that the matter can be easily resolved: the Council finds the money, come what may, and pays off their employer so that he in turn can pay them.

Following the briefing on Baymen the group traveled across town to City Hall on North Front Street, but on their arrival there, the simmering frustration of the affected workers reached boiling point.

BML employees began to strew garbage on North Front Street itself in front of City Hall, and refused to clean it up. 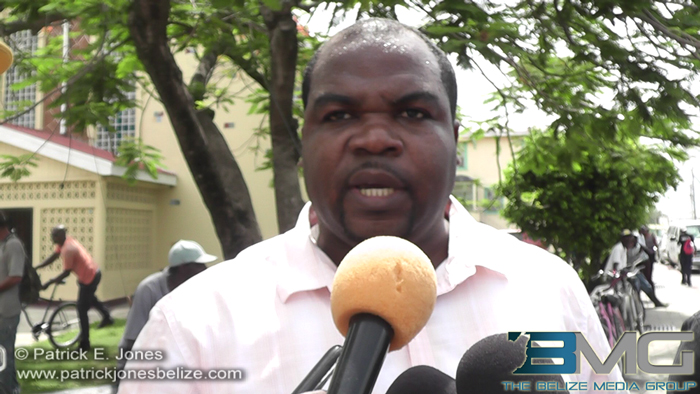 BML supervisor Deon Danderson noted that the company wished it didn’t have to do what it did, but they simply cannot keep workers on the payroll whom they cannot pay.

He added that the last meeting between the Mayor personally and owner and managing director of BML Lawrence Ellis was a year ago, and opined that the Council simply cannot do BML’s contract work as cheaply as it is predicting as there are specific costs to be considered.

Also present was executive member of the Christian Workers’ Union (CWU), Ras Deon Pitter, who gave his support and demanded a meeting with the Mayor and the workers.

There was a standoff in front of City Hall for about two hours as the workers defiantly maintained their position in the face of police officers guarding the entrance and a warning from Assistant Commissioner of Police Edward Broaster that they were gathered illegally and littering a public roadway and would have to disperse and clean up the mess to avoid charges.

That warning was not heeded and the police proceeded to detain as many as 44 workers and impound both vehicles at the Queen Street Police Station.

This afternoon police are expecting to lay charges against those involved. PUP activist and talk show host Albert Vaughan is also in custody. 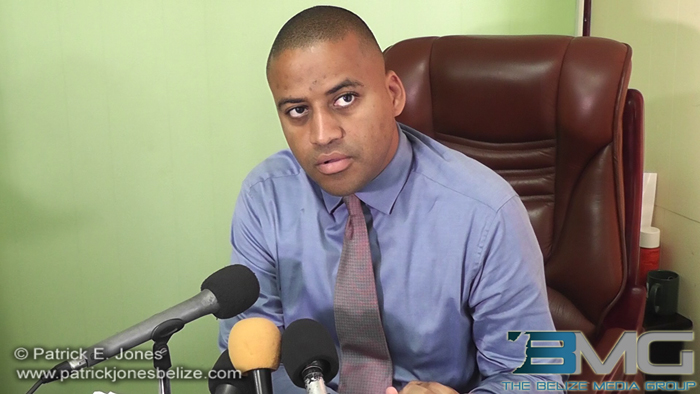 The man at the center of the maelstrom, Mayor Bradley, sat down with reporters after the crowd had dispersed and laid it all on the line in a half-hour interview.

Addressing the subject of the impromptu protest itself, he stated that while the issues raised are legitimate and the Council is more than aware of the workers’ plight, their decision today took them over the legal line.

He drew comparison with the protest of the Asian community after two murders of shopkeepers in April of 2011 which did not have a permit granted but also, he pointed out, did not reach the level of outright lawbreaking and disruption as this one did.

Mayor Bradley continued to insist that the fate of the BML workers is collectively theirs and the company’s responsibility, and that enough lead time had been given to ensure that the workers could start planning for life without BML.

But it was telling that when reporters pressed him as to when was the last time he spoke with BML’s management, he said he could not remember, despite maintaining that he had always spoken with them.

Likewise, he was unable to say when the Council would start paying again. But he did make clear that the current contract does not, in his view, provide value for money.

He was insistent that the Council can run affairs through its Sanitation Department, which is currently responsible for some aspects of city clean-up and will now largely assume responsibility, monitoring a skeleton work crew and the businesses partnered with the Council for cleaning up parks and public spaces.

The contract ran for ten years after previously being renewed twice and is tightly written in terms of language, leaving the Council no choice but to wait until it ends in January of 2015 to escape.

The workers, said the Mayor, are best advised to begin thinking of their own future as the Council cannot and will not hire everyone.

The Mayor reiterated his commitment to keeping the City clean and attractive at an affordable price and said he had to balance this with many other priorities, including the massive scale of infrastructure works undertaken since 2012.

So it appears the matter is at a standstill tonight. We will continue to track developments.