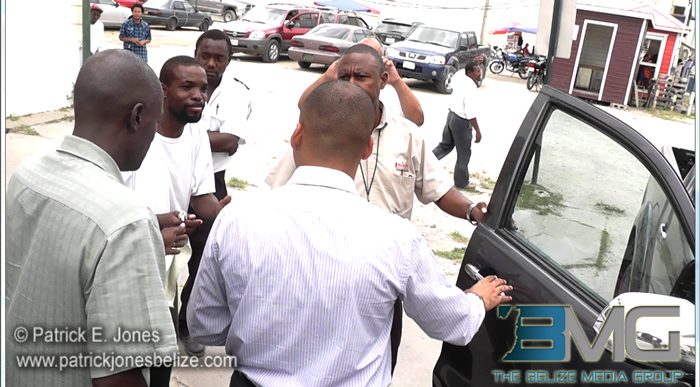 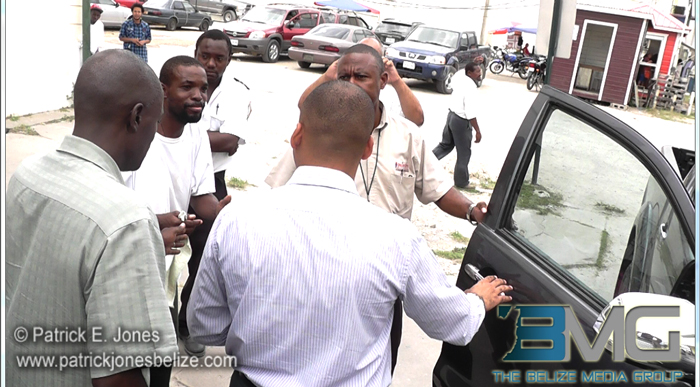 Tuesday, August 5, 2014. AARON HUMES Reporting: As of late this evening, 41 employees of Belize Maintenance Limited (BML) arrested on Monday, for their role in the spontaneous protest in front of City Hall, faced a charge in the Magistrate’s Court: taking part in an illegal gathering contrary to the Public Meeting (Control) Regulations.

This morning, according to attorney representing the workers Audrey Matura-Shepherd, they learned that police listed all 41 employees on one charge sheet, when no court can hold them.

Police spent all morning preparing separate charge sheets for each person and began to arraign them this afternoon. 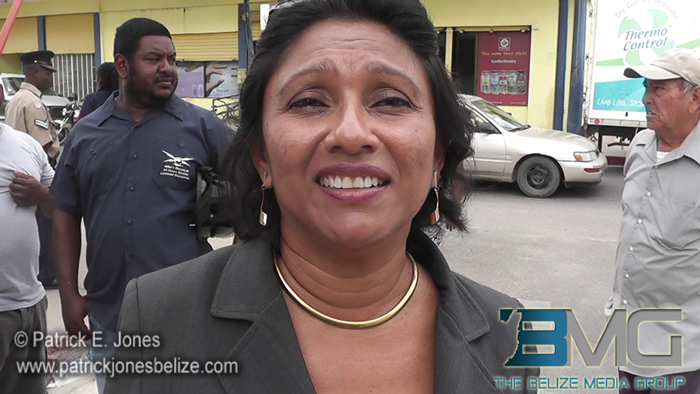 Matura-Shepherd says the delay is another example of the system being unjustly oppressive to poorer citizenry, drawing comparison with the police’s foot-dragging in the Elvin Penner investigation, where private citizens brought charges that as of now have yet to stand up in court.

The arrested workers kept to the same party line: the City Council must pay up.

And today, they left Belize City Mayor Darrell Bradley quite uncomfortable when the press interviewed him outside Magistrate’s Court, surrounding him as he spoke.

We are not sure what he was doing there but there was no hiding from the scornful looks on the workers’ faces or from the tough questions from reporters.

We first asked about the latest developments involving the workers and the Mayor insisted he would not get involved. 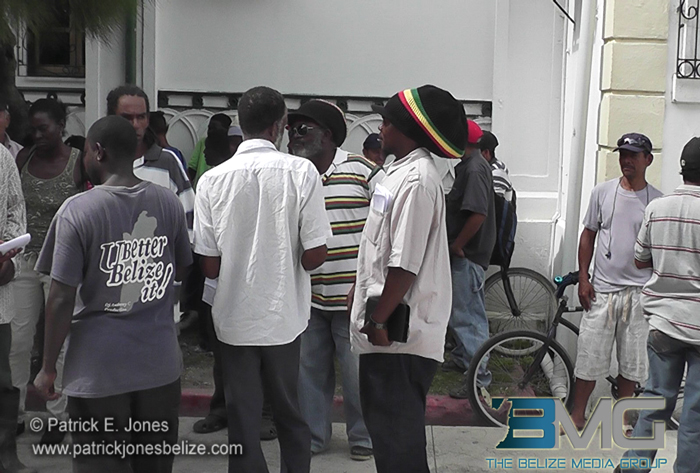 There was a time and a place, he said, for such discussions and it was not in the heat of the moment on Monday.

In a show of bravado, Bradley kept his back turned to the group even as he said it was not necessary, and indeed foolish, for him to address them on the issue.

He insisted, taking the crowd’s incensed reactions as evidence, that any effort by him to speak to them would only exacerbate tensions, therefore he didn’t even try.

And on the matter of the littering violation which is handled by the Municipal Court, an arm of the Council, the Mayor says that by virtue of established municipal public policy, not even he can overturn those tickets.

It was an “administrative matter” left to City Council staff.

They Mayor ignored the entreaties of workers as he left in a Council-owned Toyota Hilux.

We note as well that the first formal communication between Belize Maintenance Limited and the Belize City Council took place on Monday. But it was not face to face, but in the form of a letter, written by Mayor Bradley to BML managing director Lawrence Ellis.

In it he serves formal notice of termination of the contract as of January, 2015, and acknowledges that the Council is, as of his writing, 18 weeks behind in payments.

His excuse is the same: the council is in its “slow season” and is not collecting enough revenue to keep current.

More importantly, the Mayor indicates that he is prepared to sit down and meet with Ellis, provide a written payment commitment and payment schedule to settle the arrears within a “reasonable period of time.”

Any future communication will go through City Administrator Candice Burke.