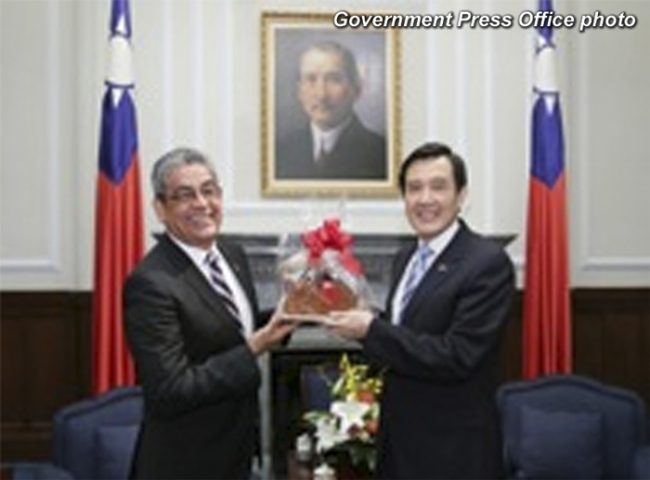 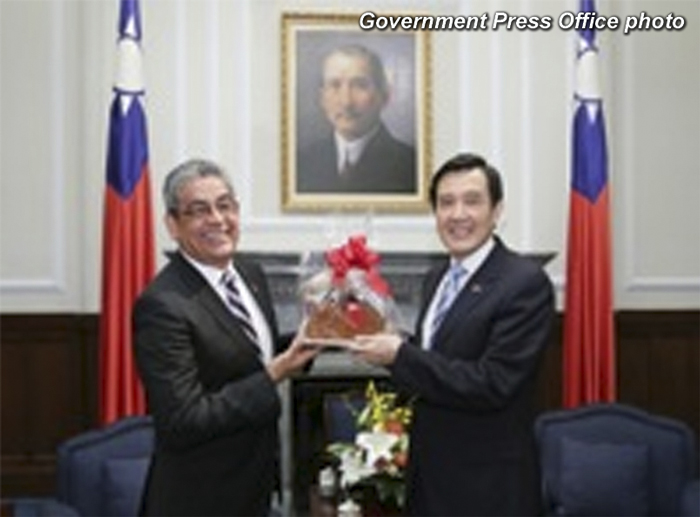 Tuesday, August 12, 2014. PATRICK E. JONES Reporting: The Honourable the Deputy Prime Minister Mr. Gaspar Vega is back home following a one week official visit to the Republic of China, Taiwan.

During his visit, Mr. Vega, who is also the Minister of Natural Resources and Agriculture met with Taiwanese President Dr. Ma Ying-Jeou.

According to a government press release, “both Minister Vega and President Ying-Jeou pledged to continue building the already strong bilateral relationship between the two countries.”

Minister Vega also met with his Taiwanese counterpart as well as the Minister of Foreign Affairs of Taiwan and other government officials.

The official release notes that “during his visit the Deputy Prime Minister discussed bilateral cooperation projects including additional training opportunities for Belizeans, current and new projects funded by the ICDF, and a water project to provide additional water wells to rural farming communities. These projects are receiving favourable consideration by the Taiwanese government.”