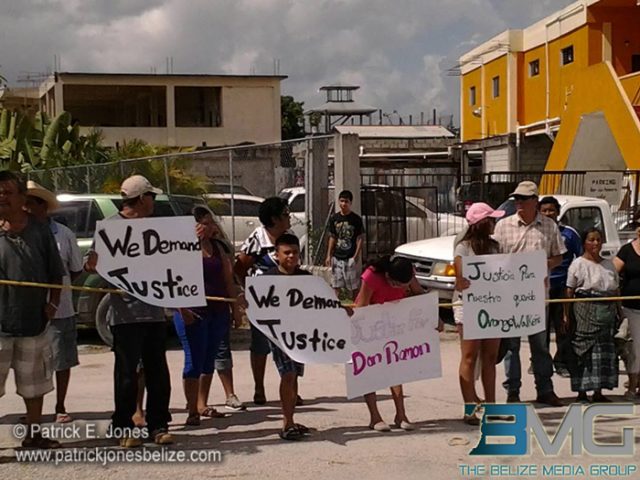 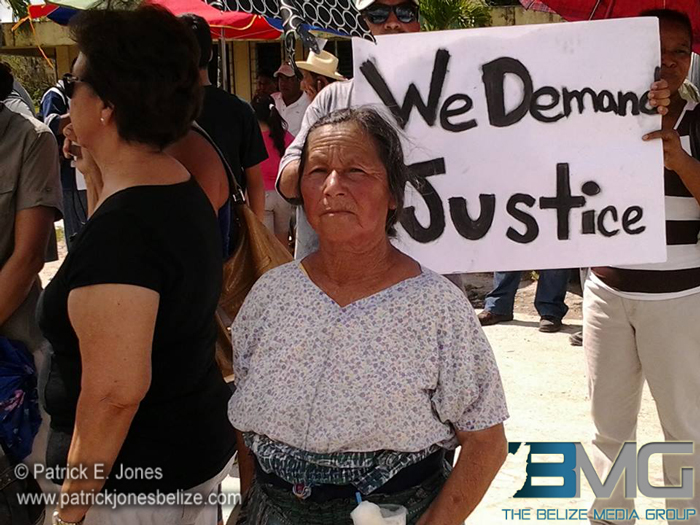 Wednesday, August 13, 2014. ORANGE WALK BUREAU Reporting: A trio of men charged for the murder of Orange Walk residents Ramon Cervantes, Sr. were back before he Magistrate’s Court today. 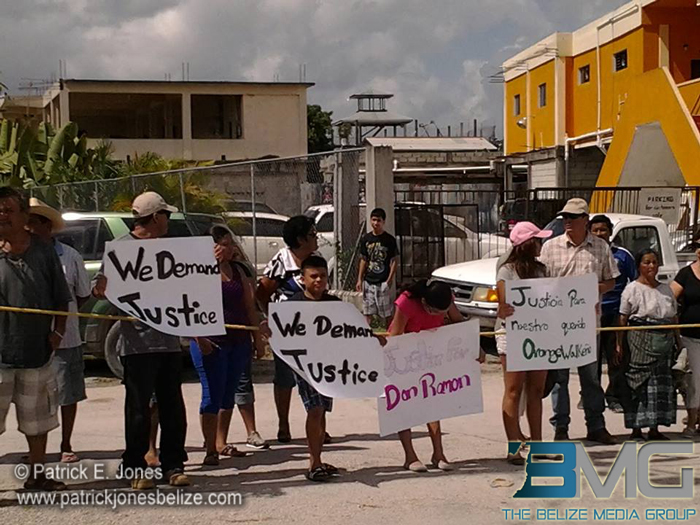 They are believed to be part of a criminal gang that kidnapped and murdered seventy one year old Ramon Cevantes, Sr.

During the court appearance, a handful of Orange Walk residents crowded the Magistrate Court with placards and signs in hand carrying messages demanding justice.

No plea was taken from the three men and the case was adjourned until September 17th.

The man considered the ringleader of the gang, Manuel Castillo, whose name appeared on the charge sheet remains on the run.