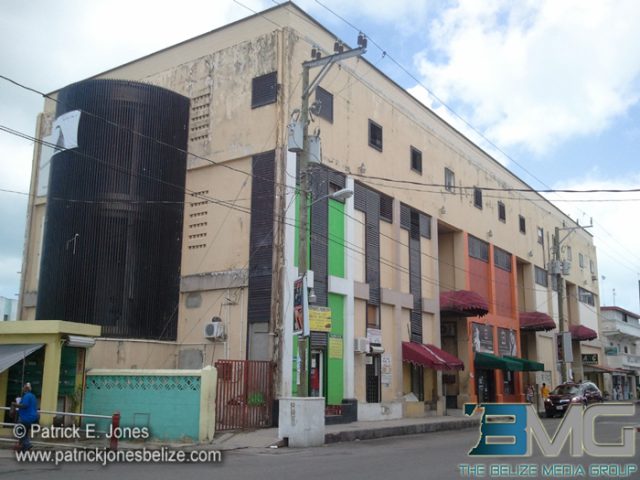 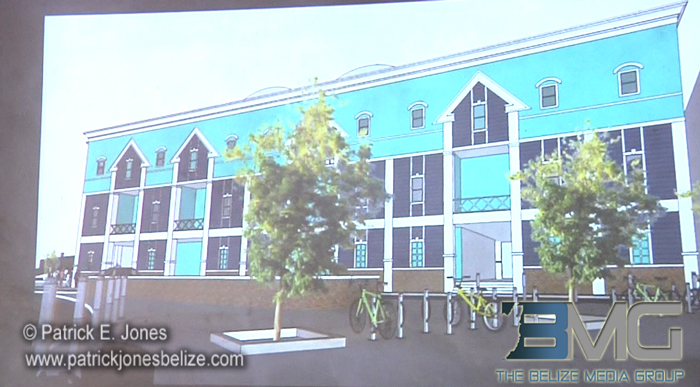 Wednesday, August 13, 2014. AARON HUMES Reporting: The Belize City Council today revealed plans to wed two of its most significant properties in the downtown area of the Old Capital.

Following on from major upgrades to the Battlefield, BTL, and Memorial Parks and extensive street works across Belize City, the Council has joined in with the Belize Tourism Board’ to start a revamp of the Commercial Center, last upgraded in 1992, and its headquarters on North Front Street. 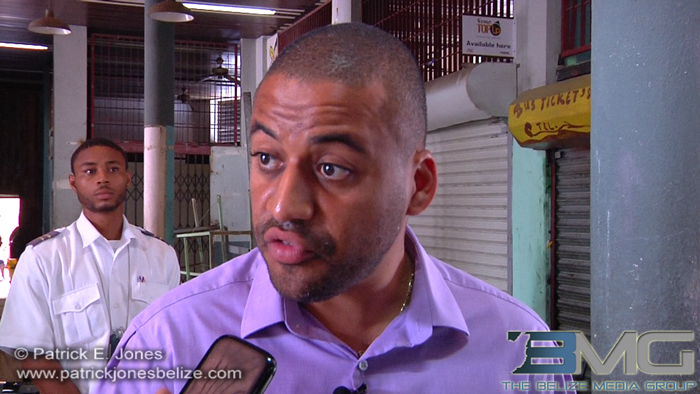 According to Belize City Mayor Darrell Bradley, the Council saw the need to make a statement of intent on an historic property.

He said that after years of neglect, the Council not only wanted to revive the Center but make sure that the seat of municipal government returned to the center of the old town.

City Hall on North Front Street will continue to host some Council offices as well as a City-specific museum, but the main ones will go downtown to join the Municipal Court on the second and third floors; the first floor continues to be dedicated to commercial vending as the original purpose of the Center. 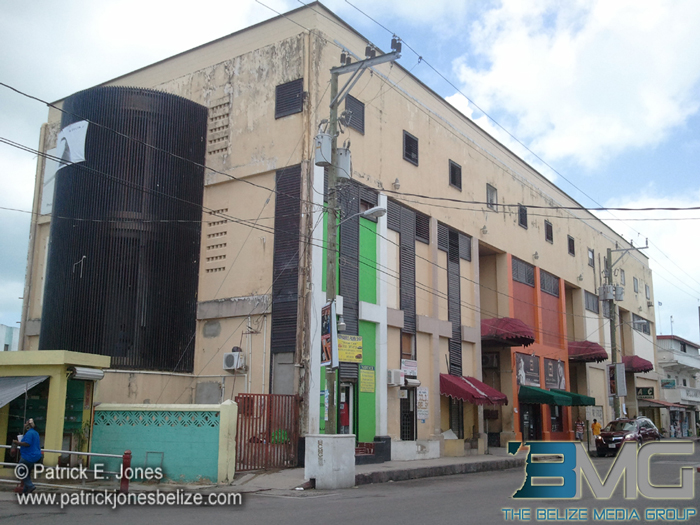 But current tenants were miffed by the Council’s delay in consulting them on when to move out and guaranteeing when they will be back.

Mayor Bradley says they were properly consulted and continue to be consulted although some asked for assistance with moving their businesses.

The Council’s task force is now working with the 13 vendors affected for full reintegration into the Center and addressing specific concerns.

The Mayor pointed out that some of the spaces will in fact be expanded for certain vendors as a result of the redo of the Center.

The project is co-funded by the Republic of China (Taiwan) and the downtown renovation project sponsored by the Belize Tourism Board (BTB) which also includes the House of Culture and a botanical garden as well as a boardwalk behind the Commercial Center.