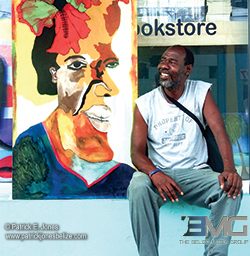 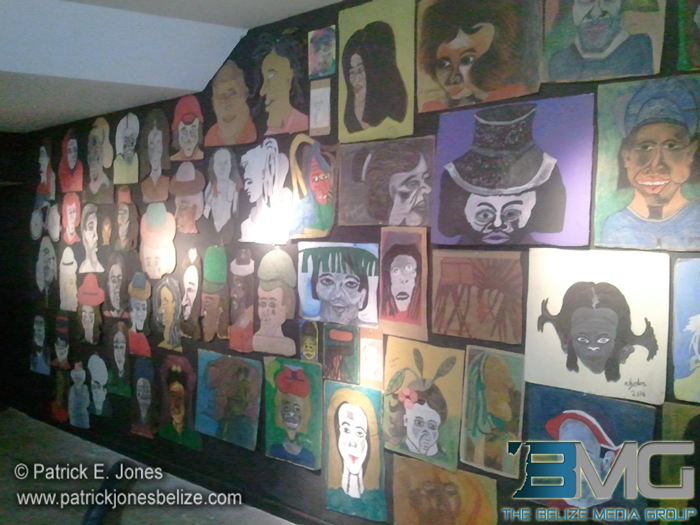 ugust 15, 2014. AARON HUMES Reporting: The Image Factory’s latest art exhibit is a tribute to a hero of the local art community.

Self-taught and prolific, Michael Gordon has created more than 2,000 paintings in over 20 years of work, and between 200 to 300 of those are on exhibit for the next two weeks, beginning tonight. 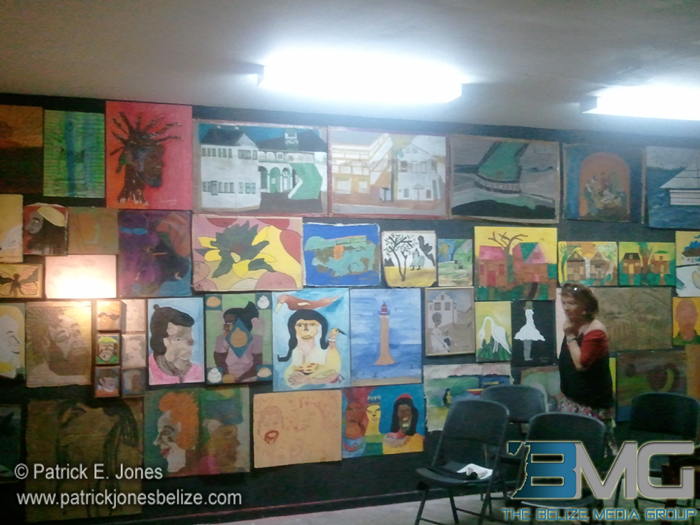 It is the start of a media blitz by the Image Factory to mark its 20th year of artistry. 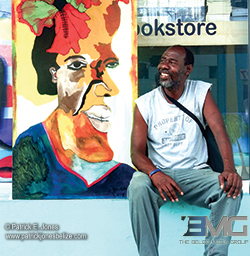 Gordon no-showed the pre-launch press conference which has become a Factory tradition, but his colleagues, led by Yasser Musa and Gilvano Swasey, were happy to give respect to their colleague and friend.

According to his colleagues – Musa, Briheda Haylock and Katie Usher – Gordon is unpretentious despite the many changes in his life, both good and bad.

He has also been especially prolific in his work, painting on the street side and dabbling in other works almost every day.

As per usual showtime is 7:00 p.m. at the Image Factory and entrance is free.

Gordon and Musa are collaborating on a book of works titled “Binomium” to be released next year.

Other projects on display include the “BAFFU” e-magazine produced by young artists and edited by Briheda Haylock and the “Lab 19” guest exhibition collaborations led by Katie Usher. 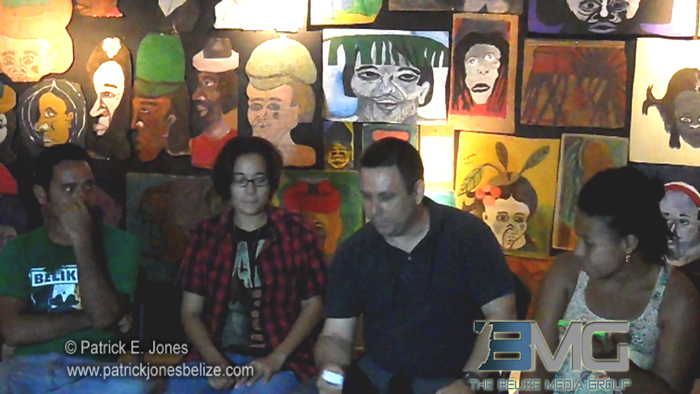