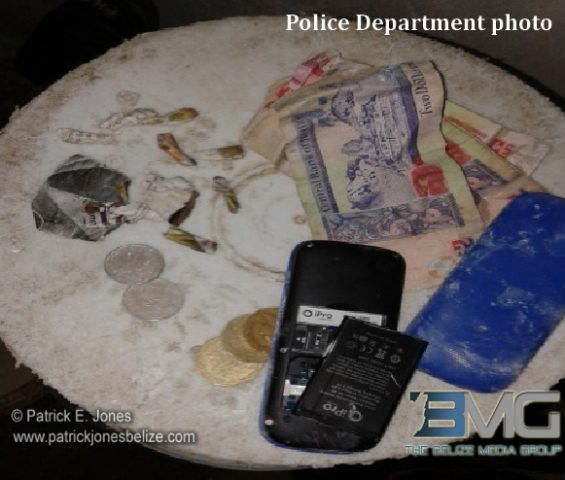 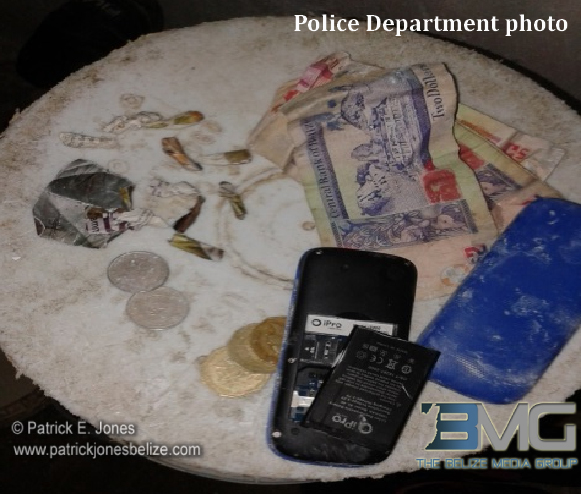 Saturday, August 16, 2014. PATRICK E. JONES Reporting: The Gang Suppression Unit of the Belize Police Department carried out a pre-dawn raid of the Max Section of the Belize Central Prison on Friday.

The operation, which started at 4 am, had the participation of members of the GSU, the Special Patrol Unit, Quick Response Team and officers from police headquarters in Belmopan.

According to a press release from the GSU, the pre-dawn operation resulted in the discovery of drugs, cell phones and home-made weapons. 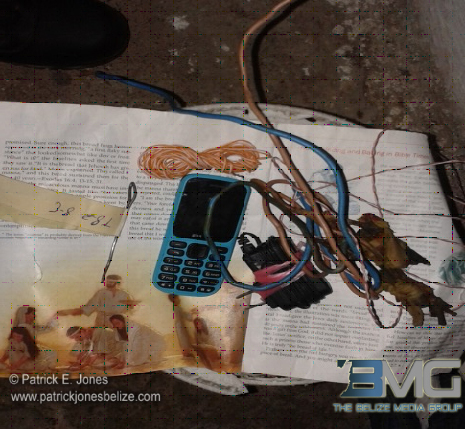 The GSU press release says “The prison authority considered the operation a huge success as the discovery of the phones were found in the cells of members of major gangs in Belize City. Some of these members are Brandon Taylor (Jane Usher gang), Tyrone MEIGHAN (Ghost Town gang) and Charles Leslie and Arlyn Martinez (George Street Gang).”

According to the GSU press release “It is believed that the seizures of the phones will disrupt the planning of these gang members outside of the prison to reach their gunmen in their respective gangs for planned hits, execution and intimidation of witnesses in upcoming criminal cases, which is considered a very serious problem in bringing these criminals to Justice.”