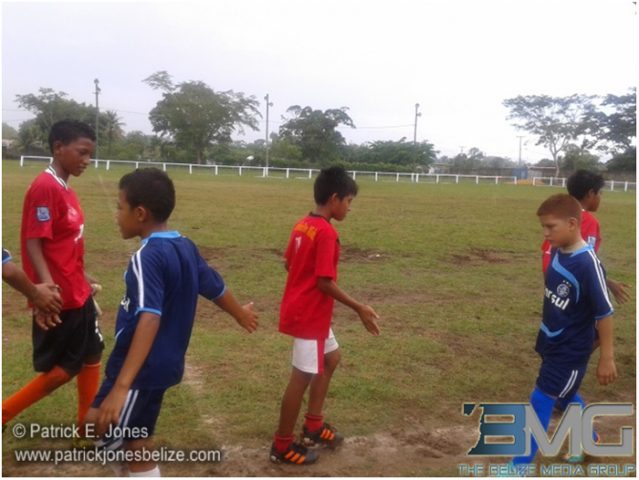 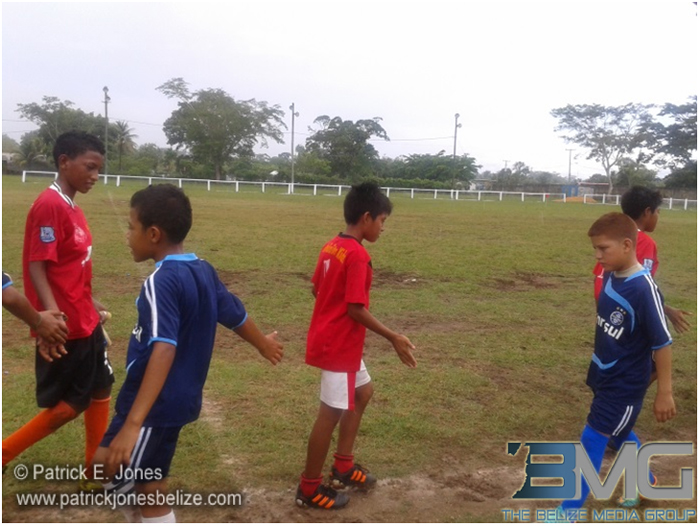 Saturday, August 16, 2014. GWEN NUNEZ GONZALEZ Reporting: Inclement weather did not stop two enthusiastic under 12 football teams from hitting the field and rolling the ball to the sound of the referee’s whistle for play time on the Isidoro Beaton Stadium in Belmopan.

Elite Promos tried for a back to back victory against Medina Youth Football Club but they fell short because they could not score one goal to equalize the game. 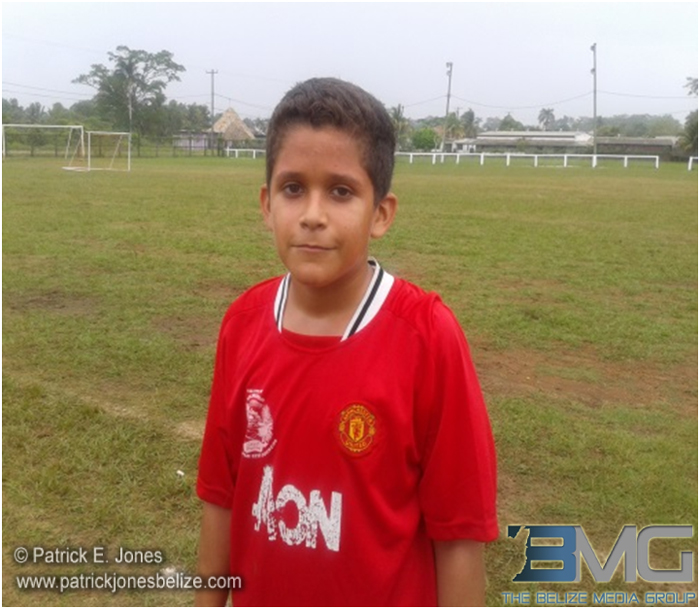 Andy Omania scored the only goal.

The field was muddy but the students had fun and enjoyed their game. 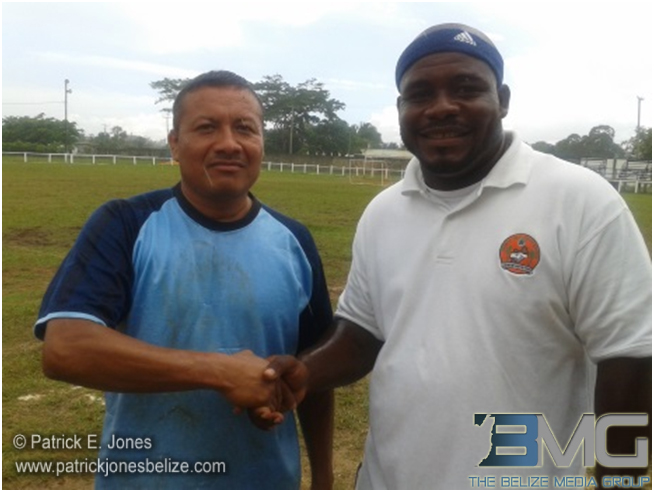 This effort must be applauded because adults like Pedro and Alicia Medina, owners/coaches of Medina’s Football Club (St. Martin’s Area Belmopan) and Ladrick Sheppard, coach and owner of Elite Promos (Orange Walk Town) along with their support team have been mobilizing these young players to ensure that we have future disciplined players.

The first match was held in Orange Walk Town, where Medina’s Club was defeated 3-0 but today they claimed their 1-0 victory on their home field. 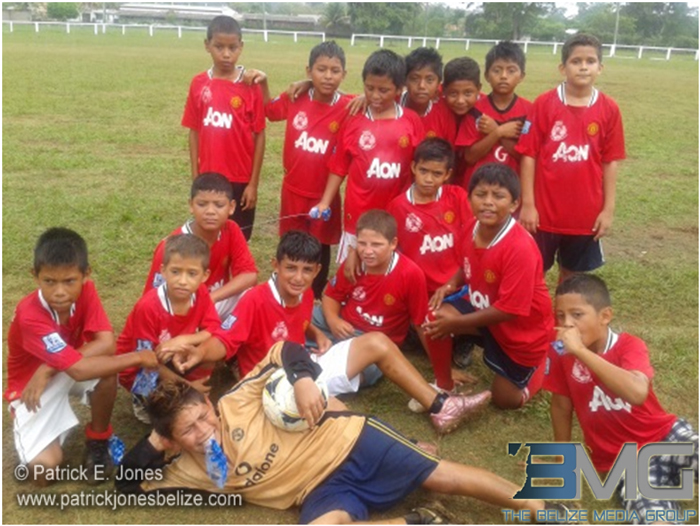 According to Pedro Medina he has been coaching his team for years now and has seen the benefit of what he and his wife are doing.

It is difficult financially but they keep on keeping on for the future of their young players as they build their character. 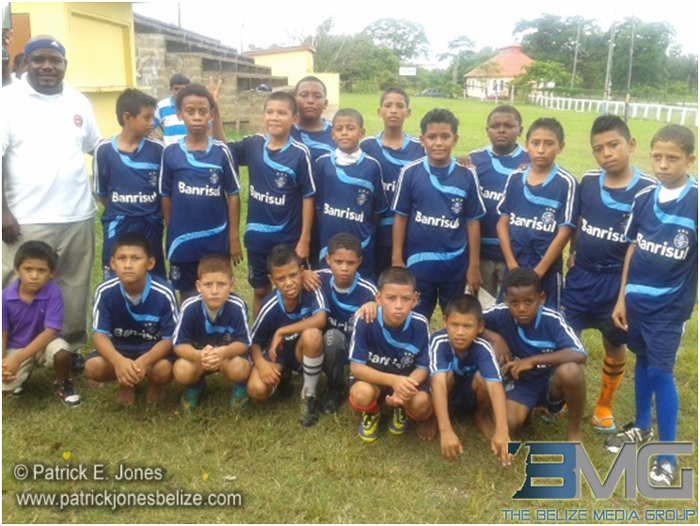 Coach Sheppard said that he has been coaching the Elite Promos players for three years and the team ranked 3rd in the Atlantic Bank 9-Aside Under 12 Football Tournament last season (March – May 2014).

They are participating in season three and have a 1-1 record with three games remaining.

The game’s officials Hector Martinez and Rajah Cuevas said that they are happy to assist and give support to the young players. 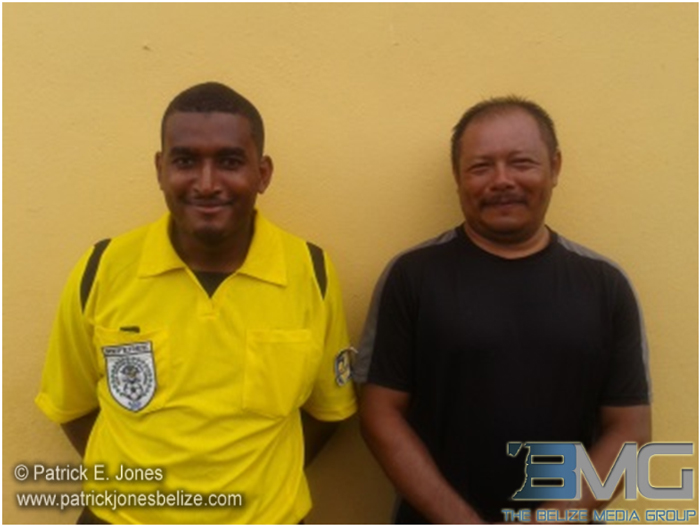