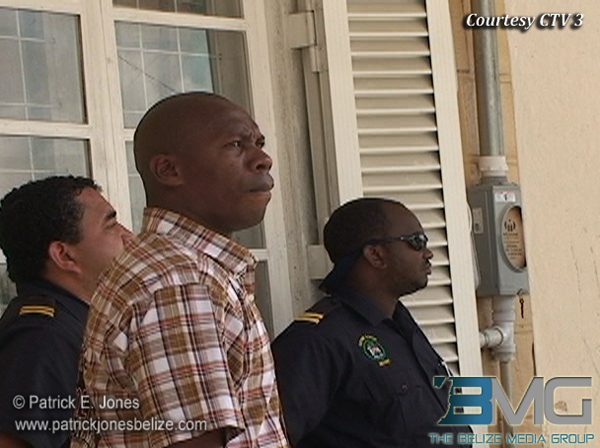 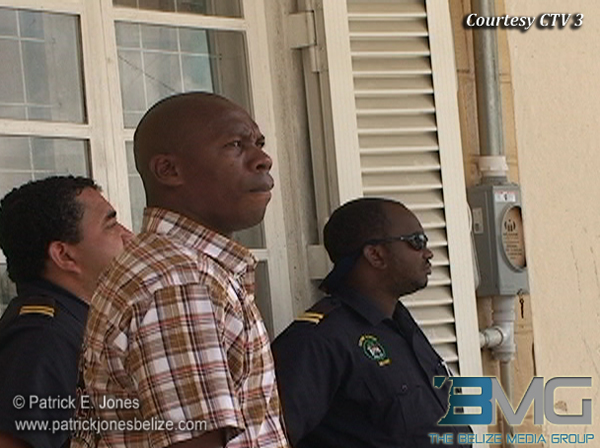 Tuesday, August 19, 2014. AARON HUMES Reporting: Five years ago in June of 2009, 19 year old Onario Oba of San Victor, Corozal, was shot in the face while part of a group of alleged contrabandistas.

They were allegedly trying to recover $10,000 worth of uncustomed goods from a team of law enforcement officials from the Police, BDF, and Customs and Excise Department which had taken them in a raid.

He was an innocent bystander, not directly involved with the contraband offenders.

The group got into an armed confrontation with authorities at the Douglas Police Station in northwestern Orange Walk which resulted in Oba’s death.

Police have now charged 39 year old Customs officer Charles Flores for manslaughter, alleging that it was he who fired the shot that killed the teenager.

He was read his charges in the Orange Walk Magistrate’s Court and remanded until November 5.

Police say they have new evidence pointing to Flores, who participated in the seizure and was assigned to river patrols for the Customs Department, despite claims by fellow participants that he was not armed at the time.