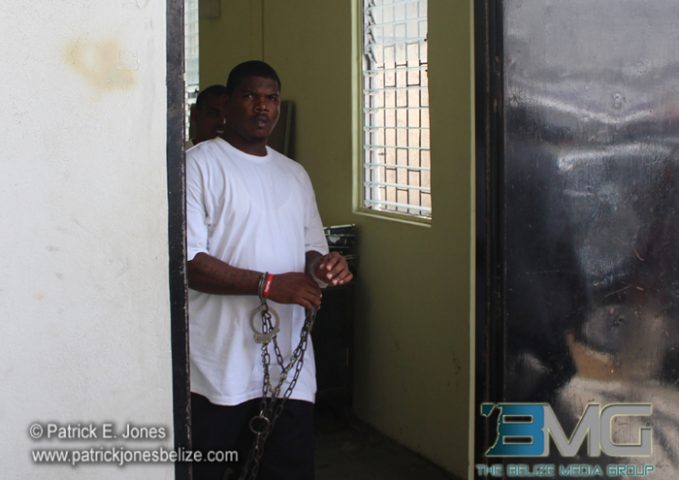 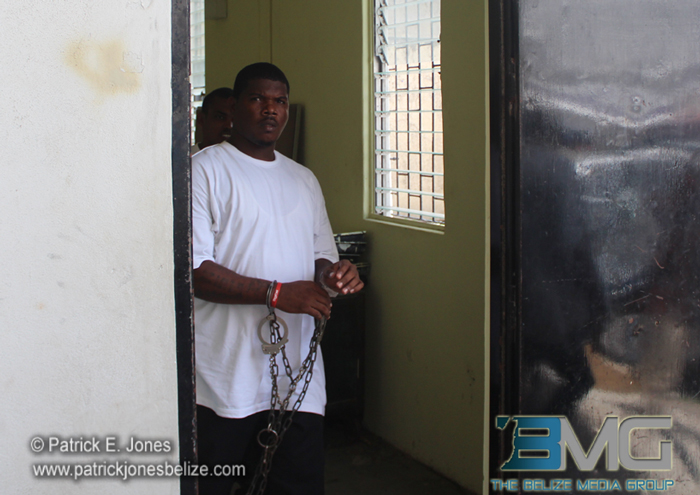 Tuesday, August 19, 2014. AARON HUMES Reporting: While police are investigating the second of two shooting incidents over the weekend in Belize City, they have made an arrest.

26 year old Leon Garcia of a Victoria Street address has been charged with discharging a firearm in public.

He pleaded not guilty before Magistrate Hettie Mae Stuart and was remanded until his next court appearance on September 3.

Around 4:00 a.m. on Saturday, August 16, police constable Frank McNeil, 35, who lives in the area of Pickstock Street and Lovely Lane, woke up to two loud bags which sounded to him like gunshots being fired.

He looked through his window and saw the accused Garcia holding what appeared to be a black 9mm pistol in his right hand at the street corner.

Constable McNeil said he witnessed the man point the firearm in the direction of Barrack Road and fire three more times before disappearing through a yard on Pickstock Street. Between 4:30 and 5:00 that morning, Shane Garcia, aka “The Dancer,” and also known as Shane Crawford, was with two cousins in a black car which stopped in that area.

They were shot at by a gunman who came out of another vehicle and Garcia sustained injuries to the shoulder and chest for which he has been treated.