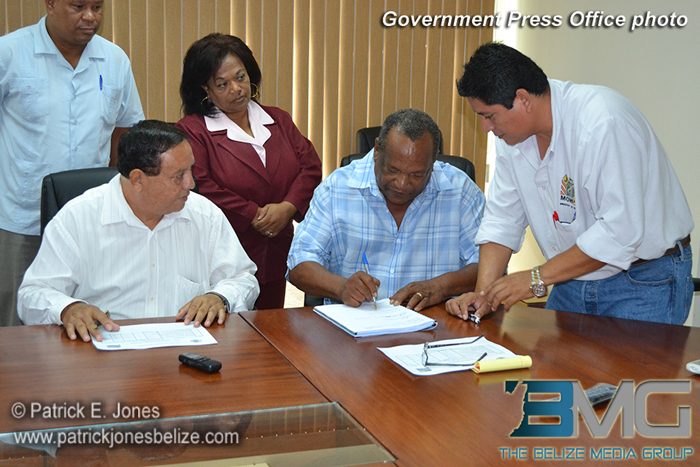 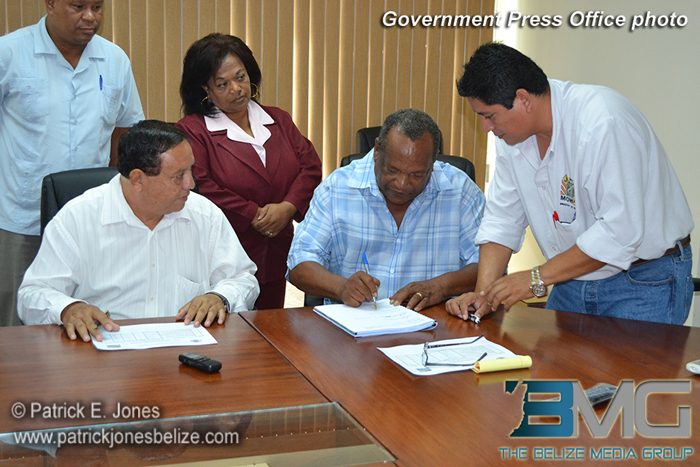 The contracts include street upgrades in Belama Phase 4, canal construction and cleaning of existing canals on the North side of Belize City.

According to a government press release Mehia’s United is now under contract to construct “a concrete-lined and earthen canal,” known as the Bill Lindo Canal, at a cost of $892,250. 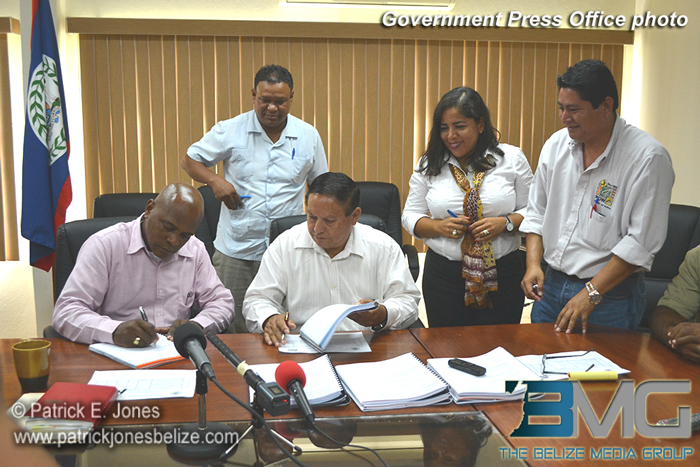 Medina’s Construction Company will build “a concrete-lines, covered canal” under the Douglas Jones Canal contract at a cost of $1.8 million.

For the cleaning of an existing canal on the north side, Medina’s Construction Company was contracted at a cost of $1.9 million.

The North Side Canal contract also includes the lining of the canal with vinyl sheet piles.

M&R Construction Company will construct the “link road” in the Belama Phase 4 area at a cost of $1.1 million. 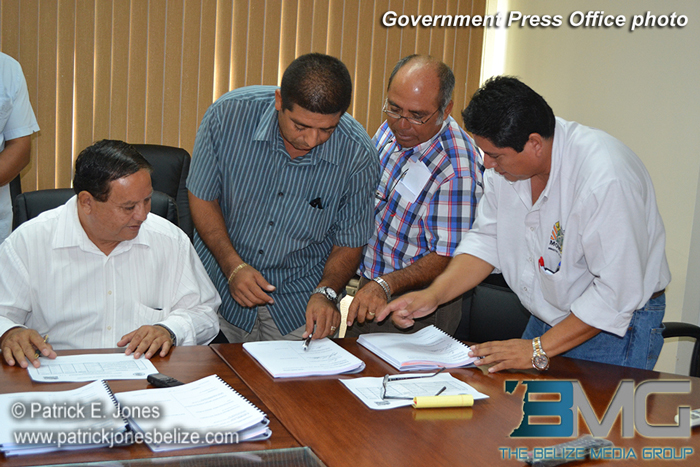 The government statement says that the total cost of the contracts is $5,718,455.74 and works under these contracts are scheduled to start on September 8 and be completed by July 5, 2015.

The government’s Chief Engineer Lennox Bradley, has been tasked with supervision of the infrastructure works which fall under the Flood Mitigation Infrastructure Program, to ensure timely completion.

The signing of the contracts by representatives of the respective Companies was done today at the Ministry of Works conference room in Belmopan.

Signing on behalf of government was the Honourable the Minister of Public Works, Mr. Rene Montero.