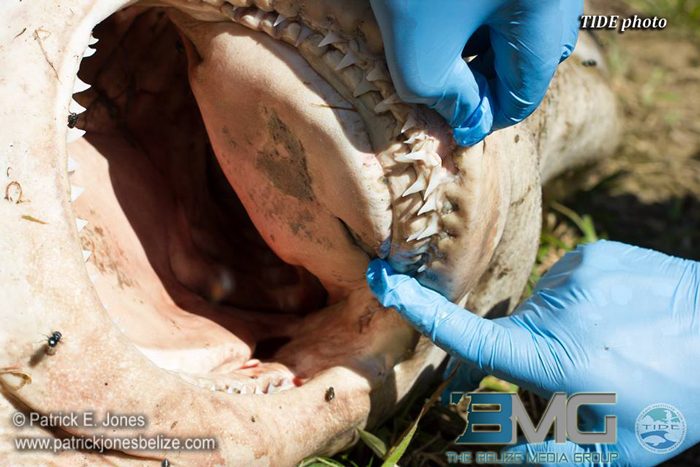 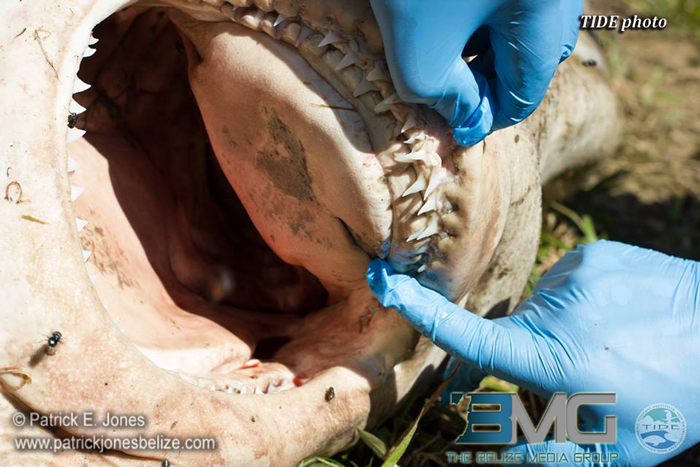 Tuesday, August 26, 2014. PATRICK E. JONES Reporting: The Toledo Institute for Development and the Environment, TIDE, is reporting that a female bull shark was found dead this morning in the Joe Taylor Creek in Punta Gorda town.

According to a report posted on the TIDE web page, a necropsy was conducted by the organization’s Terrestrial Biologist Elmar Requena and showed that the shark had lacerations across the tongue, likely caused by a fishing hook. 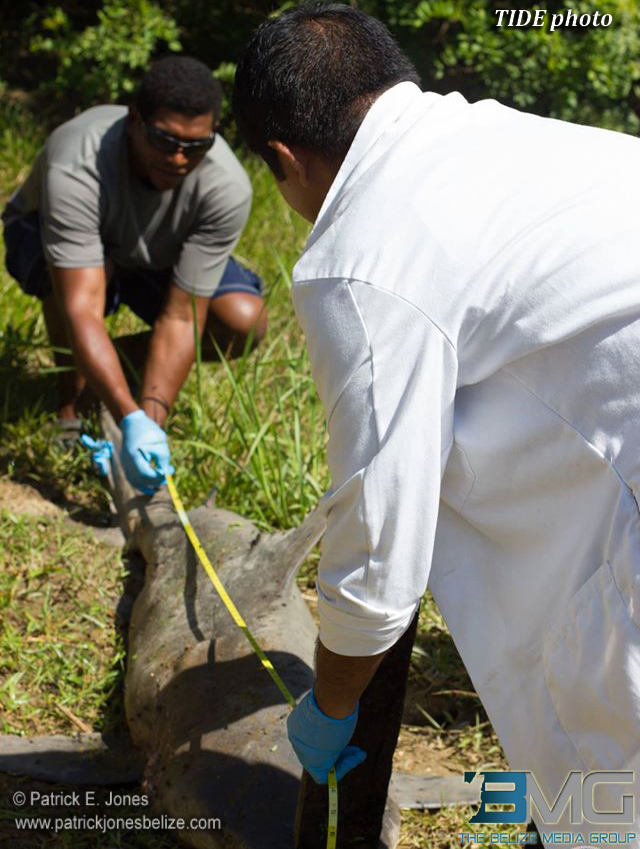 The TIDE report says that shark was otherwise health and displayed signs that it had recently given birth.

While it is currently the season when bull sharks give birth along the coastline, TIDE experts believe that this particular female bull shark was a casualty of fishing and the carcass dumped about two days ago, quite possibly because the person that caught it did not have the required permit to fish and sell shark in Belize.

TIDE marine biologists have retained the shark’s jaw, a vertebrae which will aid in telling the age of the shark and a fin clipping for genetic analysis.

TIDE experts say the data that will be gleaned from this individual bull shark will go a long way in aiding in the conservation of the specie in the future.