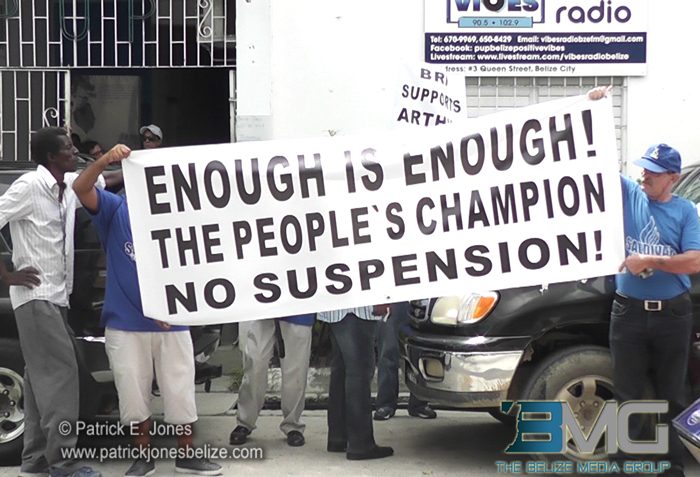 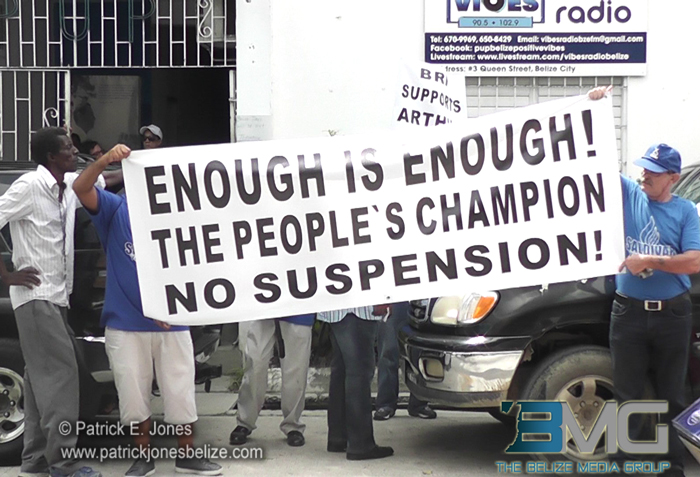 But neither the embattled politician/attorney or his supporters are taking it lying down.

Almost from the moment he was suspended by order of the Executive on Wednesday of this week, Saldivar’s supporters in the division have rallied to his side, insisting that they were not duly consulted and that the party’s constitution gives no power to any of its bodies to suspend any member from campaigning for the party. 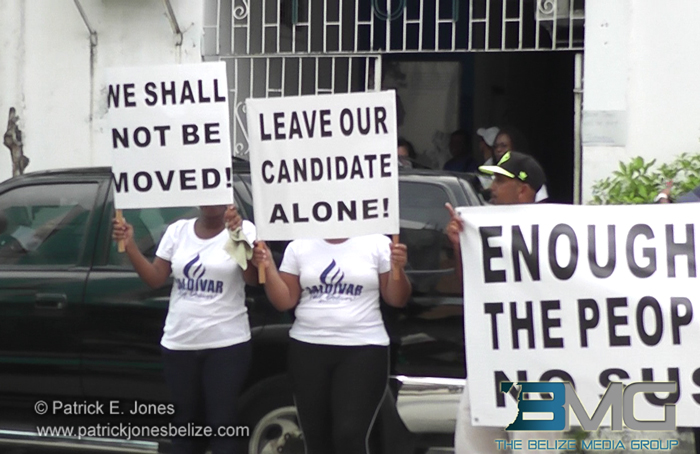 Today they descended on Independence Hall seeking an audience with Party Leader Francis Fonseca. But he was not available, so they stood outside to wait for him.

The handful of protestors, no more than 20, loudly raised their voices in firm support of the sitting standard bearer, who they say has been doing a good job in Opposition.

They believe he should not have been suspended without being properly informed of what charges he was facing.

At this point the group was not prepared to speak with the press, waiting to see if party top brass would respond.

Chairwoman of the PUP’s executive committee in the division, Carol Williams, read a statement to the press which essentially said they would reconvene to decide on their next move after failing to get the meeting they wanted.

With that, the group dispersed, despite earlier insisting that if necessary they would sleep outside Independence Hall.

But their fate, like that of their leader Saldivar, remains uncertain.