Fatal traffic accident on the George Price Highway outside of Belmopan 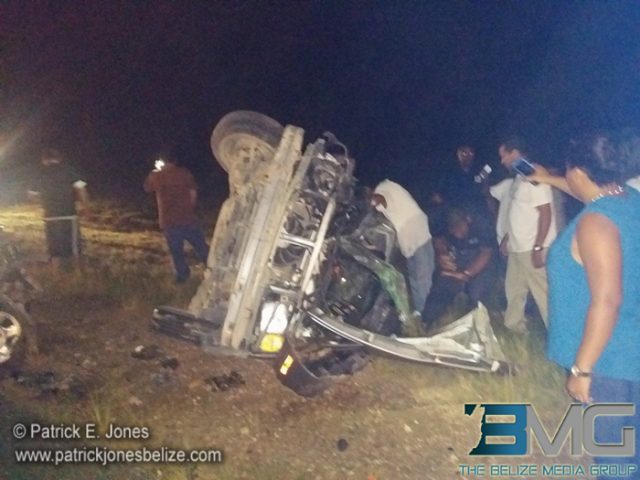 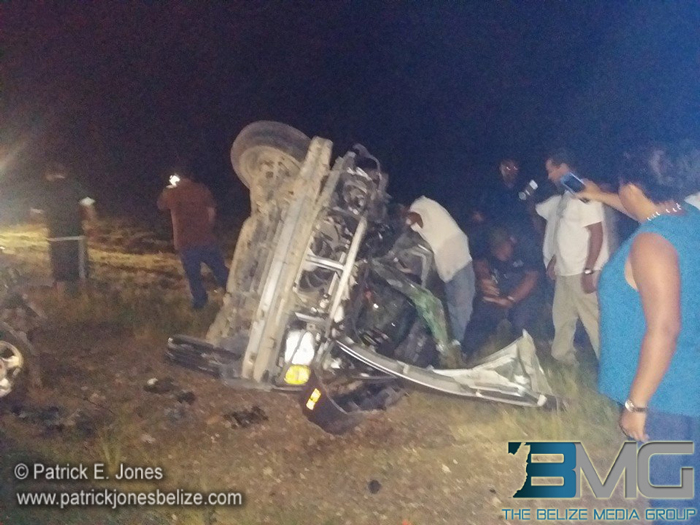 Friday, August 29, 2014. PATRICK E. JONES Reporting: Two people, a man and a woman, perished in a two-vehicle crash tonight on the George Price Highway near the Hector Silva airstrip.

The victims whose names have not yet been confirmed were travelling in a Chevy Tracker SUV with San Ignacio license plates.  An L200 pickup truck with Belize license plates was also involved. 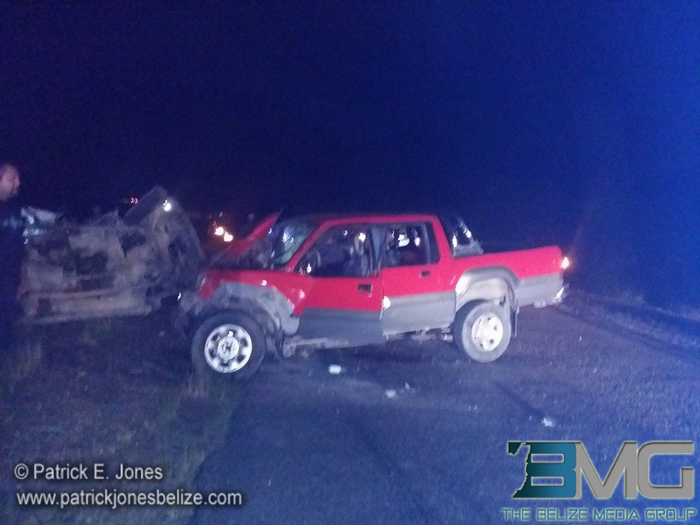 Both vehicles were extensively damaged.

Preliminary indications are that the driver of the SUV was removed from the wreckage, alive, and taken to the Western Regional Hospital for medical treatment.

Multiple sources say that the SUV was observed swerving across the highway prior to the crash.

The driver of the pickup truck, who was also injured, was seen bleeding from the head and his legs appeared to have been broken and was also taken to the hospital for treatment.

Reports from sources that the Chevy Tracker was observed swerving across the highway are supported by the fact that the point of impact on the SUV was in the centre on the passenger side.

The Chevy Tracker was heading towards Belmopan while the pickup truck was east bound. 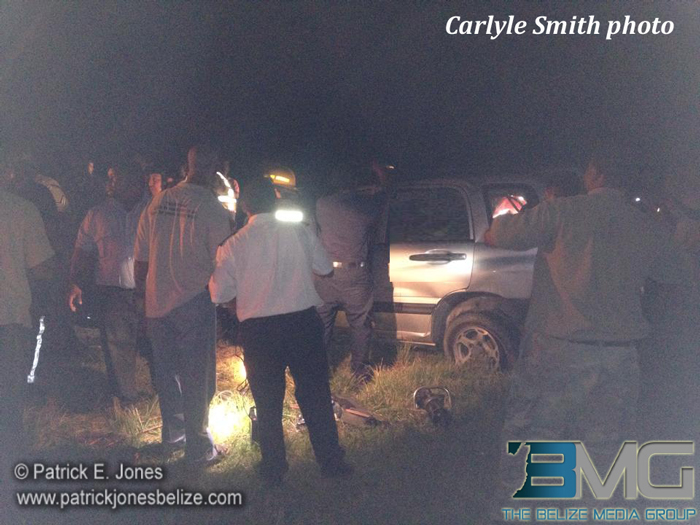