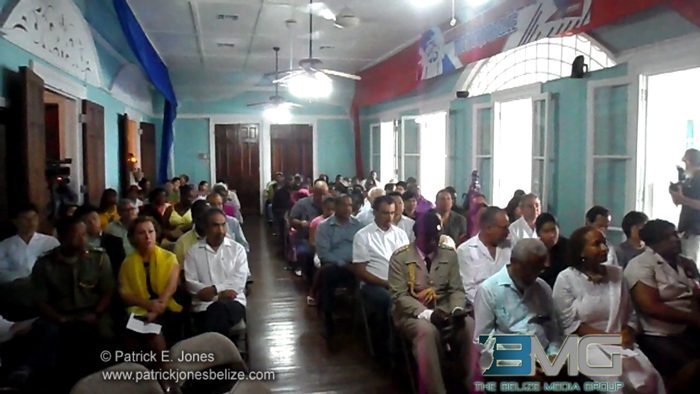 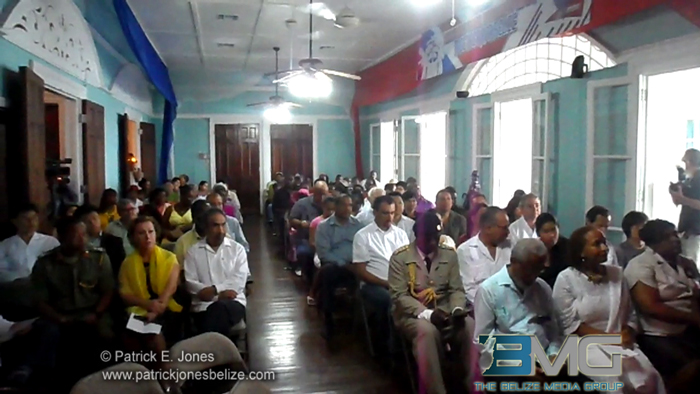 Sunday, August 31, 2014. AARON HUMES Reporting:  Inclement weather proved not to be enough to stop Belizeans from welcoming the most patriotic month of the calendar, though in a different place than usual.

The September Celebrations have for the past few years been traditionally opened on St. George’s Caye, but the venue was this year changed to the old Government House (House of Culture) in Belize City, which is no less historic as the former dwelling house of Belizean leaders from colonial days.

Acting Mayor of Belize City Alifa Elrington-Hyde welcomed the gathering, employing the theme “Industrious Hands, Intelligent Minds, Together for Belize” to praise Belize’s original patriots for their example of unity, creativity and common purpose which helped to create this young nation.

She called for the current generation to sustain this initiative in the face of dangers which affect us all from crime to youthful apathy.

Co-chair of the National Celebrations Commission Diane Haylock expressed the hope that the current calendar of events fosters a sense of togetherness, without which our ethnically, spiritually and culturally diverse nation would not exist.

Denise Bowman was formally awarded her prize for creating this year’s theme, and singers Radiance Thompson and Chenelle Parks were the featured entertainment.

The official ceremonies for St. George’s Caye Day are on Wednesday, September 10 in Belize City, and for Independence Day on September 21 in Belmopan.