The Need and Justification For Overhauling Home Mortgage Financing in Belize 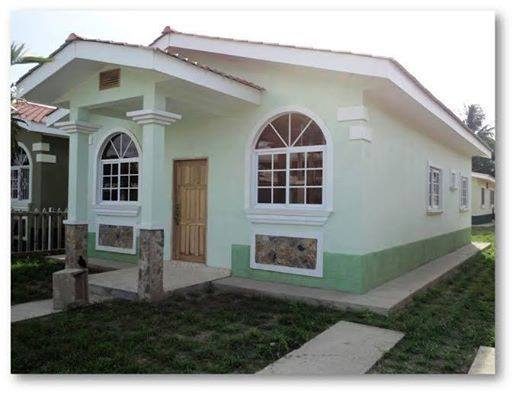 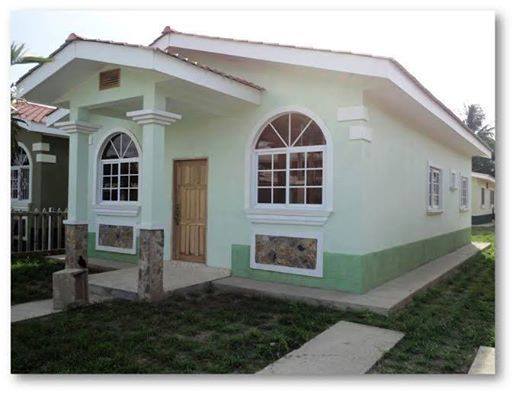 Many thousands of Belizean families are still living in sub-standard housing….many in “casas de carton” type dwellings….that slowly descend into ghettos, with several generations piled up one on top of the other.

There is need for a complete rethinking and reformulating of the mortgage financing regime, in order to address this challenge. The existing formula was drafted in the 1960-70s period, and is based on 15% per annum, 15-year-term…with large bias advantage in the contracts leaning in favor of the financial institutions, including foreclosure rights that give financial institutions complete sway over the assets that back the mortgage.

To qualify for retirement pension from Belize Social Security, one must be 60-64 and not substantially employed, or over the age of 65….with total of 500 paid and credited contributions…or 9.61 years.

In 1970, the economy of Belize depended on chicle and timber exports, with very little domestic manufacturing. Today, Belize has a much more diversified economy, with a firm grasp of a growing tourism, one of the fastest growing industries in the world, forecast to grow even more as millions across the globe come out of poverty.

The World Bank provides data for Belize external debt to GNP ratio from 1971 to 2011. The average value for Belize during that period was 52.48 percent with a minumum of 4.56 percent in 1975 and a maximum of 104.49 percent in 2008. This is the biggest eye sore in Belize’s economic profile.

Surely, these figures show that Belize’s economy is not what it used to be in the 1970’s, and that the level of risk to financial institutions are far below what they used to be. At that time Belize was still a colony of Great Britain, and the economy was largely in favor of big landlords, who exacted relatively high rents on their large stocks of rental properties.

The commercial banks terms and conditions for mortgages remain in large part as they used to be in the 1970’s….high interest rates of 15% p.a., and short 15-year term, exercising direct rights over the assets that back the mortgages, including complete sway over foreclosure conditions, process and procedures, without need for clearance by a court of law….and they prefer to maintain the stringent terms and conditions on home mortgages, largely because they are not regulated by the Central Bank of Belize in this regard. They are taking big margins on rapid turnover of a relatively small pool of capital.

Some efforts have been made by various Belize governments to try to address this challenge….and to provide for more and better housing to be made available to a wider range of families….mostly with public sector interventions (such as the 1998-2005 securitization of home mortgages to raise debts to finance new homes, and the more recent National Bank of Belize effort at providing lower interest rates in an attempt to “influence” the commercial bank rate)….yet no government has so far, based on demand from the people, mounted a substantial challenge to this status quo….they pretty much refrain from using their right to regulate the financial market…leaving them to “self-regulate”….even as the population has soared with greater demand for housing, even while excess liquidity in the financial system continue to pile up. Perhaps they are scared that the commercial banks would not want to work under a more regulated environment, and may choose to pick up their stuff and leave? There is need for consolidation among their ranks.

The rest of the civilized world is financing mortgages at under 7% per annum, over 25-30 year terms.

While there has been a dip in the average mortgage rate to around 12% p.a. since the 2008 world financial crisis forced lending rates to near 0%, the term has steadfastly remained at 15 years.

1. A comprehensive study of the demand for housing in Belize should be conducted, to develop credible estimates of the demand for housing by the various income-categories, establishing realistic monthly payments that can allow all working Belizeans to be able to afford an appropriate home of their means, with minimum living-conditions criteria….based on that monthly home mortgage payments should not exceed 25% of family income. This complete study should become public information, and widely circulated.

2. A home-mortgage financing and refinancing summit should be called for by the unions, government, private sector and financial institutions…with presenters invited from such regional housing institutions such as INFONAVIT of Mexico, to learn from others experiences…and from development financial institutions such as IIC of the IABD and IFC of the World Bank to explain how they can work in Belize…to allow all parties to bring their observations, analysis, conclusions and recommendations to the table….to fully flesh out the housing challenge that Belize faces, and the concerns of the various actors in the marketplace, with a view to arriving at a consensus for change….the current formula/regime is certainly not working for too many Belizeans. There is an age-old Spanish saying “hablando se entiende”…..”by talking there is understanding”….and we should aim for a mortgage formula of 6.25% p.a., 25-30 year term, which works in favor of borrowers and lenders. Home owners should have recourse in a court of law to challenge foreclosure rights of banks, where if they can show ability to pay under a reasonable refinancing schedule, the banks should be required by law to work with them. This new formula would allow at least 3,000 additional entrants per year into the market for new and improved homes valued at an average of $65,000…increasing financing demand for an additional $200 million investment each year…and creating more than 6,000 full-time employment.

3. Appropriate legal, institutional and other measures must be taken to allow for our domestic mortgage financial market to be linked to regional and international development finance institutions (private sector arm)….such a CABEI, CDB, IADB/IIC, World Bank/IFC….so that the local commercial banks can access concessionary funding in the appropriate scale, indexed especially for financing mortgages to the lower and middle income segment, which is their duty to the people of Belize.

4. The National Bank of Belize should be “offered for sale” for $1 to all workers of Belize, so that workers who voluntarily commit to depositing 5% of their weekly salaries direct from source become owners of The Workers Bank of Belize, a completely private institution. This will immediately develop a large pool of resources for on-lending to shareholders, and should allow for inclusion of diaspora Belizeans. The government should commit to transferring, by way of grant, the appropriate amount of lands to this bank to provide for 30,000 residential lots measuring 100’x100’, plus for infrastructure, recreation and green spaces….to prevent the formation of high-density ghetto scenarios that we see developing in Belize with the congested 50’x75’ residential plot concept. These properties and the 5% cash-flow from committed deposits can serve as collateral for this private institution to borrow funds on a sustainable basis from the development financial institutions (private arm) at concessionary rates…providing for access to the necessary capital without increasing the sovereign debt. 100,000 voluntary workers, earning an average of $225 per week, would deposit $58.5 million into this pool annually. This kind of commitment, along with governments commitment to grant the lands, will bring the whole world development financing community attention and interest in working with us. When the banks finances a home for one of its shareholders, it comes along with the land title, so that all the red tape in the lands department application and approval process is avoided.

5. Currently, 90% of the non-labor cost of home construction is imported, sending most of the money invested in homes abroad. This has to be significantly lowered, by providing for the development of clay brick and roof tiles to be locally manufactured at a cost equal to or lower than cement blocks and zinc roofing, respectively. Some reserves and protected areas may need to be de-reserved to allow for more production of timber for roofing and furnishing the homes. A $2 million proof-of-concept project should get underway immediately, by inviting bids to private clay brick makers and housing contractors, with the objective of developing good quality, hurricane resistant homes, with optimal reduction of imported materials as a percentage of total cost…..while developing standards for managing component costs, including labor.

6. Since this will significantly increase the market base for insurance services, while reducing the overall risk, negotiations should begin immediately with insurance providers to figure out a way how to reduce the insurance premiums to around half of what they are currently.

7. Government needs to rethink its taxes on property for low-middle-income housing, reducing it to optimal levels, and recoup the loss by increasing taxes on large land speculators.

8. The Workers Bank of Belize would be in a strong position to negotiate with outfits that provide credit for furnishings to their members, such as Courts, to significantly reduce the interest they charge…especially if the bank can find a way to provide some sort of risk reduction to these companies. It, for sure, would be developing a much larger captured market for the products and services these companies offer.