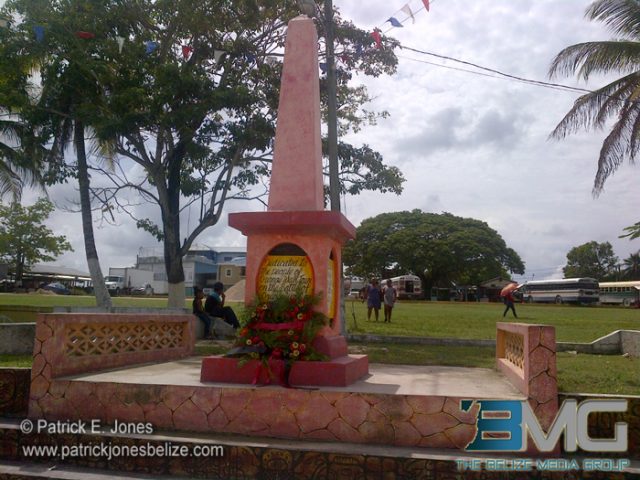 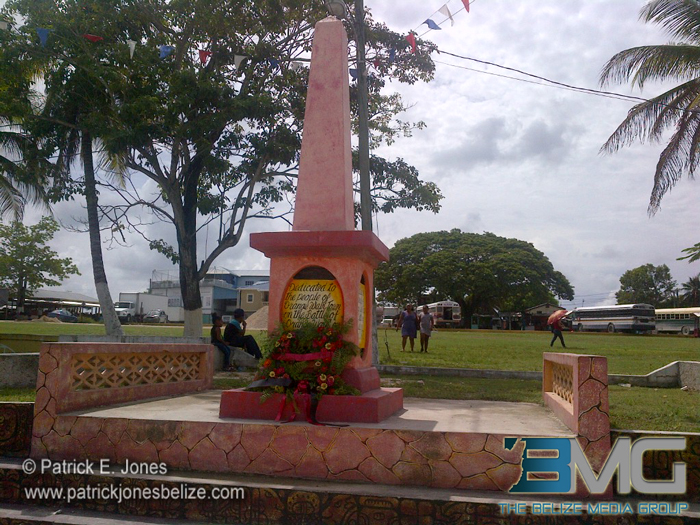 Historians note that Canul, a Maya leader, led a raid on a mahogany camp at Qualm Hill on the Rio Bravo in what is today the Orange Walk district.

During a brief ceremony, a wreath was placed today in memory of Marcus Canul by Domingo Perez at a monument to the fallen hero located on Queen Victoria Avenue.

Historians say that during the 1866 attack, two men died and a ranson was demanded for the captured prisoners.

The Maya also demanded rent to be paid for the use of the land the British occupied. Later that year Canul’s army defeated a detachment of British troops.

The British sent more troops and weapons, went into Maya villages and burnt their houses and fields.

Their intention was to drive the Maya out by destroying their food supplies. Over the next five years the Maya rebuilt their villages and replanted their fields. Canul and his men continued to fight.

In 1872 they attacked the British barracks at Orange Walk, New River but they could not capture it.

Canul was mortally wounded, and they retreated. This was the last major Maya attack on the British.