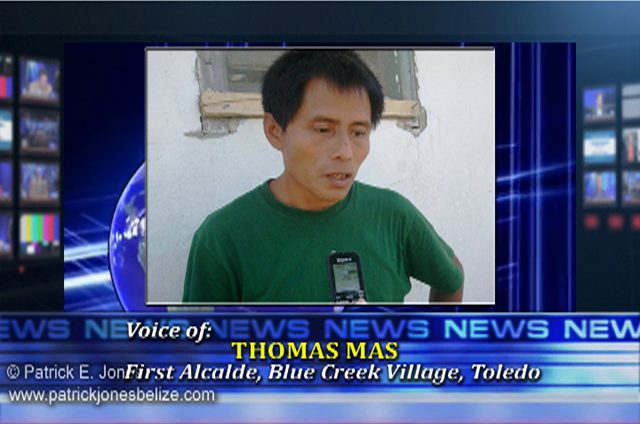 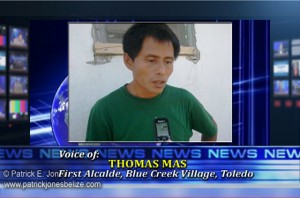 Wednesday, September 3, 2014. JUAN CAAL Reporting:  Residents of Blue Creek village, Toledo continue to advocate for the removal of the chairman of the village council Heraldo Pop.

The villagers are accusing Pop of corruption after a letter purportedly written to a local businessman and including the name of the First Alcalde, without his permission, surfaced recently.

The Alcalde, Thomas Mas, and the villages, say that Heraldo Pop overstepped the bounds of his office and now they are calling for his removal. 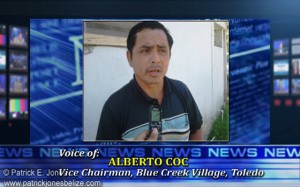 For his part, Chairman Heraldo Pop maintains that he will not step down.

The situation becomes even more interesting in that the Vice Chairman Alberto Coc has come out publicly to say that he does not support Pop.

Now that makes for a Village Council divided and so the Ministry of Local Government was called in to look into the situation.

Rural Community Development Officer Edwardo Cus attended a meeting in the village at the end of August and informed villagers that the matter is now being referred to the National Association of Village Councils for resolution.

Still, Vice Chairman Coc says that until Healdo Pop is out, the villagers of Blue Creek say they do not have a village council chairman.

It is a developing story, and we will continue to monitor its progress. In the meantime, we have reached out to Mr. Heraldo Pop for comment, but so far there has been no response from him.