My Tomato Dream For Belize 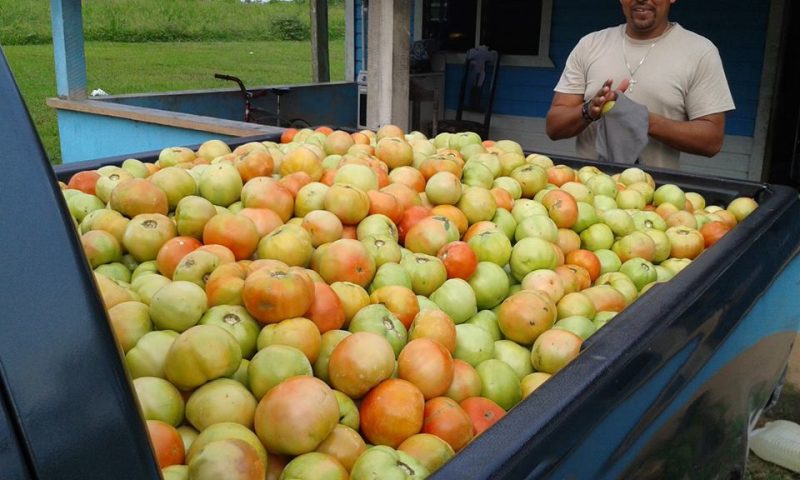 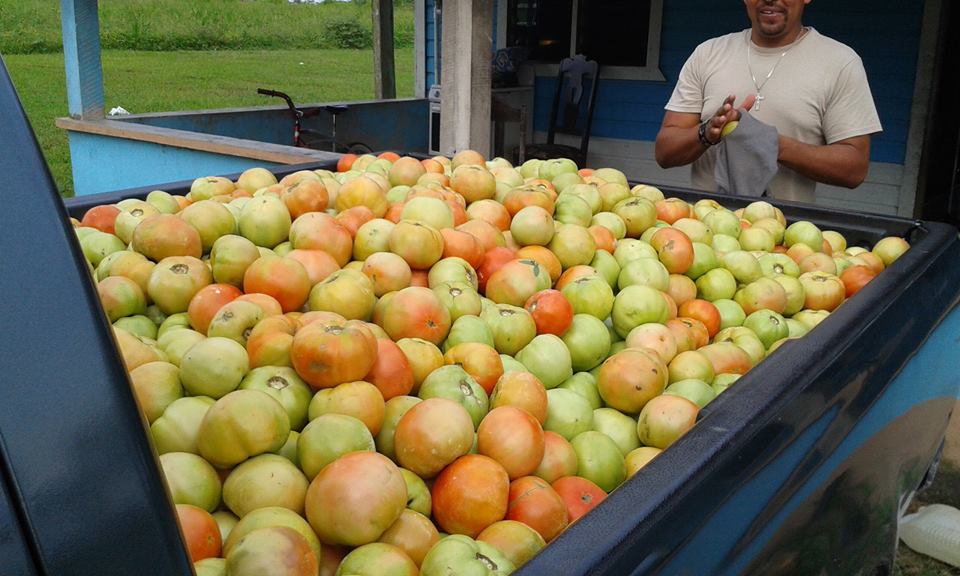 Tomato is a vegetable-fruit that can be grown year-round in Belize.

Belize can produce a large surplus of tomato, using a fraction of the land used to produce corn, however it would have to develop green-house tomato production and/or expand irrigated systems production to make this happen.

In 2007, the US imported ONE MILLION metric tons of tomato, amounting to about US$1 billion. In that year, the US consumed around US$1.3 billion of fresh tomato, and about US$1.2 billion of processing tomato.

In 2007, Mexico exported around ONE MILLION metric tons of tomato, earning around US$1.2 billion, supplying close to 90% of US imports. That same year, it imported around 48,000 metric tons, at a cost of around US$48 million.

That same year, Trinidad & Tobago, which supplies much of the CARICOM market for tomato-based sauces, imported around 2000 tons of tomato paste. Barbados imported around US$1.3 million of tomato ketchup, mostly from Trinidad.

Tomato is approximately 50% water, so that two pounds of fresh processing tomato can theoretically yield about one pound of industrial tomato solids. If Trinidad used fresh tomato to substitute all its imported tomato paste, it would need about 8 million pounds of tomato.

Belize currently produces about 10% of the tomato-based sauces that it consumes, and imports the rest from CARICOM (Grace Kennedy), USA (Hunts, DelMonte, Heinz, Kraft, others), Guatemala (Regia, Criolla, Grace), Mexico (La Costeña, La Anita), and a few smaller quantities from other destinations. The total consumption is estimated at around BZ$1.5 million per annum.

In short, tomato can be big business for Belize, both domestically and regionally.

VERENA FOODS is currently the only MANUFACTURER of tomato-based sauces in Belize, and started operations in 2002. The company grew rapidly when it had a development concession, and when the import-duty on finished imported competing products was at 20%.

In 2010, the Government of Belize used its discretion not to renew the development concession and lowered the import duty on competing imported products to ZERO. This forced VERENA FOODS to raise its costs and lower its prices, thus destroying the value that was being created….putting this nascent domestic industry into great risks, having taken on significant commercial debt to invest in Belize.

VERENA FOODS can sustainably compete regionally if it was allowed the domestic market space to supply around 50% of the domestic demand of tomato-based sauces. At that scale, its cost of production would allow it to compete within CARICOM, USA and Central America, with tomato ketchup, unique tropical fruit/spice flavored BBQ sauces, pizza sauces, spaghetti sauces, salsa casera and salsa dulce. 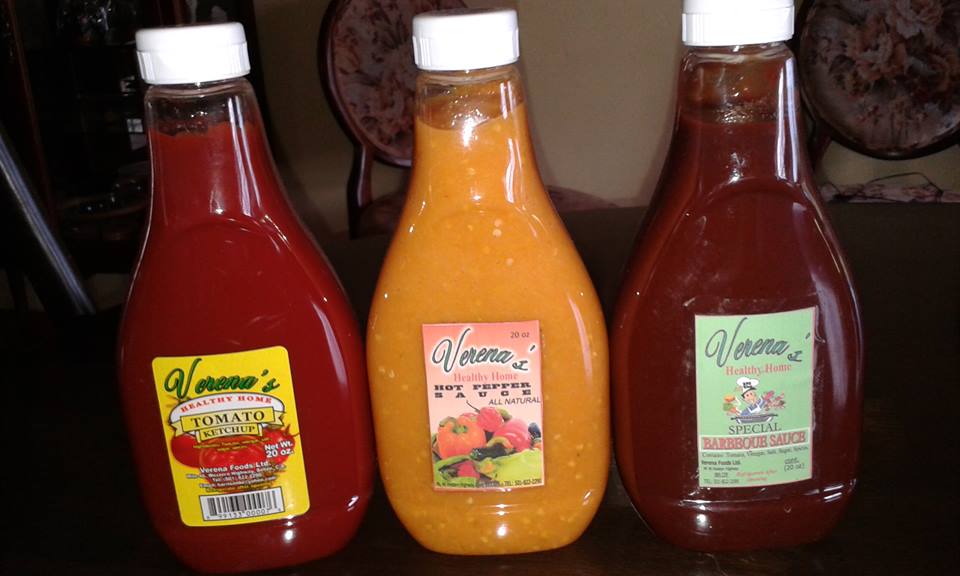 HOW CAN THIS BE ACHIEVED?

Firstly, the company needs to source its raw materials duty free, as does the companies in Trinidad & Tobago, Jamaica and Guatemala, with whom it must be able to compete. It currently pays around 34% on its packaging materials in duty and taxes, yet its competitors pay ZERO. This could be achieved by amending the Customs Tariff Law so that imported input material is zero rated of import duty. It would achieve the same thing as having a development concession, except that it would not be politically driven and discretionary, and it would not make our industry appear to be heavily subsidized with concessions. This would make the investment climate much more attractive, with competitors on a level playing field.

Secondly, the company needs some breathing space in its domestic market. This can be achieved by temporarily increasing the import duty on finished competing products to the CSME-allowed bound rate of 60%, gradually reducing it over five years back down to 20%. This will allow the company to rapidly take up the 50% of domestic market demand that it requires to scale up its production and lower its unit-cost-of-production to levels that will allow it to compete sustainably in the export markets. This small, nascent industry does not have the resources to invest at levels to compete in export markets from the get go. It has to build its war chest from profit flows over time.

Thirdly, the company needs to upgrade its plant, automation technologies, quality certification, development of distribution channels and brand development. It can only do this from profit flows earned from expanding its domestic market base. Profit flows will be optimal, and sufficient to achieve these goals in record time, should the previous two recommendations be adopted. It will take more than a lifetime to achieve these goals, if the government of Belize continues on its destructive path of recklessly opening the Belize market to imports….without consideration for nascent domestic industries…refusing to defend the countries interest within the treaties that we have signed…demanding no reasonable degree of reciprocity from its trading partners.

VERENA FOODS currently import industrial tomato paste to process its sauces. However, it has the know-how to substitute at least 50% of its tomato solids, using locally grown tomato. At 50% of market share, substituting 50% of tomato solids with fresh tomato, its demand for locally produced tomato could reach 1.5 million pounds per year. This quantity could explode once the company is successful at exporting.

With a demand for so much tomato, investments in green-house and fully irrigated tomato production would become very viable, so that Belize could produce surplus tomato year-round. This could transform the entire landscape of vegetable production in Belize, because green-house technology can increase significantly the efficiency, quality and competitiveness of strategic vegetable production in general. Belize could go on to export surpluses into the winter vegetable markets in the USA. However, the processing of Belize tomato into sauces would be the anchor of the industry, providing a limit against losses, by processing the vegetables before they are lost to wear and tear and spoilage in the market.

This is the concept of a wholly integrated product-market chain.

Belize is a country where tomato prices currently float between US$0.10 to US$2.50 per pound, where tomato quality and availability is very inconsistent. A wholly integrated tomato industry of the kind described here, would allow for a stable year-round price, much higher and consistent quality, generating surplus for exports, with enough to supply at least 50% of domestic processing needs, creating at least 500 direct jobs in farming, transporting, processing, administration, distribution, marketing and sales….and another 500 indirect jobs in advertising/media, accounting, legal, computer, repairs and maintenance, customs and brokerage, freighting and shipping, health certification and monitoring, banking and insurance, human resources development, mechanics, plumbing, engineering, etc etc.

This is my tomato dream for Belize. Is it too ambitious a dream to aspire for?