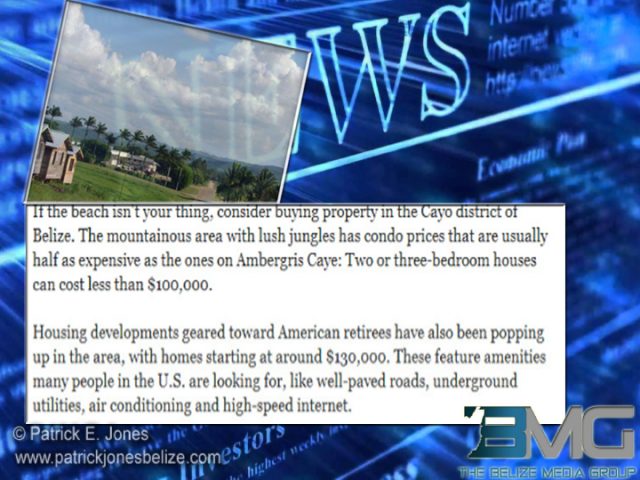 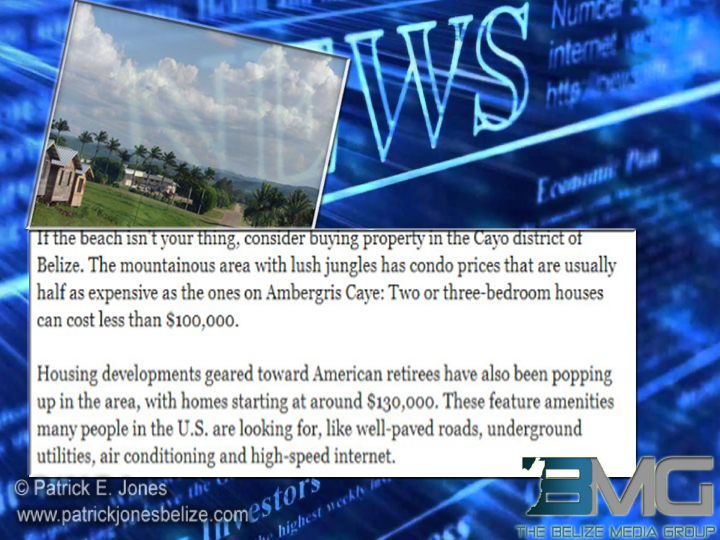 Wednesday, September 10, 2014. PATRICK E. JONES Reporting: After the bruising Belize took in the international media on Tuesday over the indictments of 6 individuals, including a Belizean, on a multi-million dollar stock fraud scheme, today there is a positive report in the overseas media.

“Money Watch” in an article titled: “Top 10 international places to invest in real estate” features Belize at numbers three and number four on the list.  Ambergris Caye comes in at number three, while the Cayo district as at number 4 on the list.

According to the article, which is also reported by CBS News, the Cayo district offers more competitive “condo prices” and notes that “two or three-bedroom houses can cost less than $100,000.”

The article also notes that “housing developments geared toward American retirees have also been popping up in the area.”

Ambergris Caye comes in at number three on the list, and the article says that housing prices “are still less expensive than similar Caribbean locations.

It notes that potential investors “could snag a two-bedroom beachfront condo for around $250,000 or a one-bedroom condo just off the beach for $150,000 or less.”