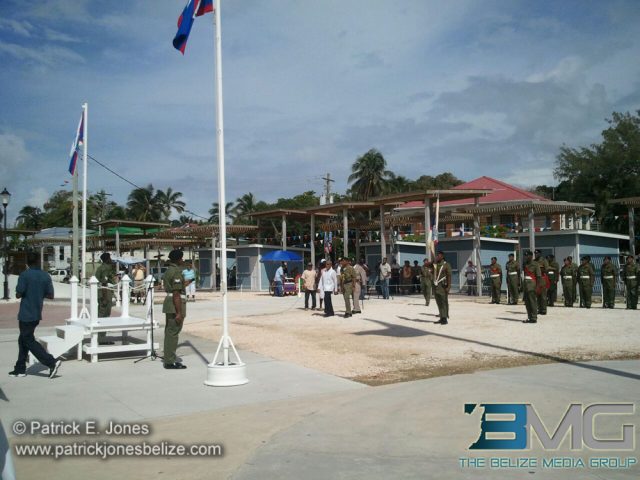 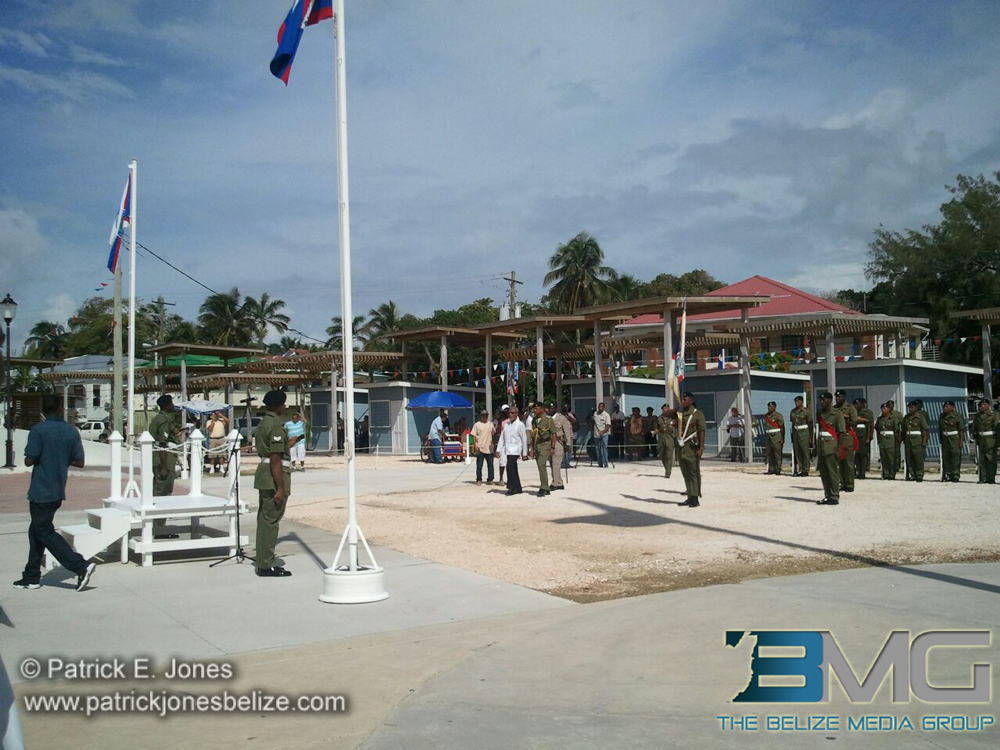 Wednesday, September 10, 2014. AARON HUMES Reporting:  This morning in Belize City, the Fort George Memorial Park was the venue where residents gathered as they have for the last 116 years.

What was the occasion?  To observe the anniversary of the Battle of St. Geroge’s Caye.

The Battle which took place in the first week of September 1798, resulted in victory for local British settlers and their African slaves over invading forces from Mexico intent on  driving the Baymen out of the settlement. 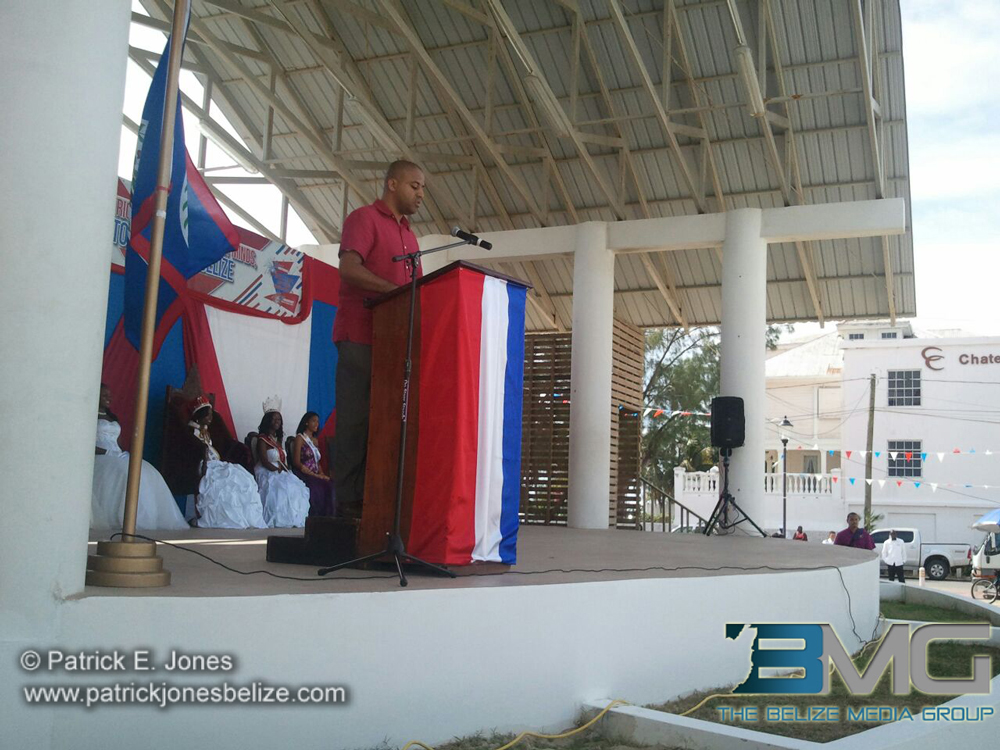 At today’s ceremony, Mayor of Belize City Darrel Bradley called on those present to emulate the example of the Baymen who, despite a close vote in favour of defending the settlement, were shown to be nothing but united in their defence of what is now Belize.

He explained that Belize as a nation has many challenges to overcome and like the Baymen, we are better off if we work together. 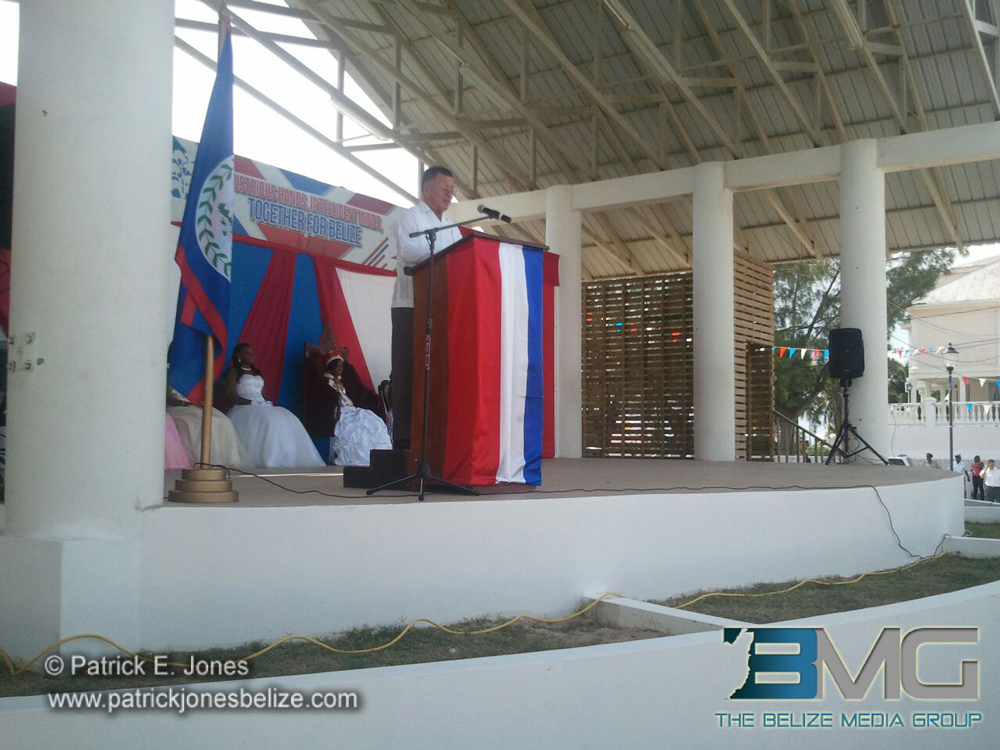 Co-chair of the September  Celebrations Commission and minister of Tourism, Culture and Civil Aviation Manuel Heredia, Junior reported that as part of the efforts to preserve the history of Belize, while at the same time introducing it to a new generation, a project in Belize City will see the renovation of several major historic sites including the House of Culture – the former Government House – which will be made a National Colonial Museum and the renovation of the Commercial Center – the former Central Market – into a combination of vendor stalls and offices for the Belize City Council. The Council has expressed interest in turning a part of the current City Hall on North Front Street into a City Museum. 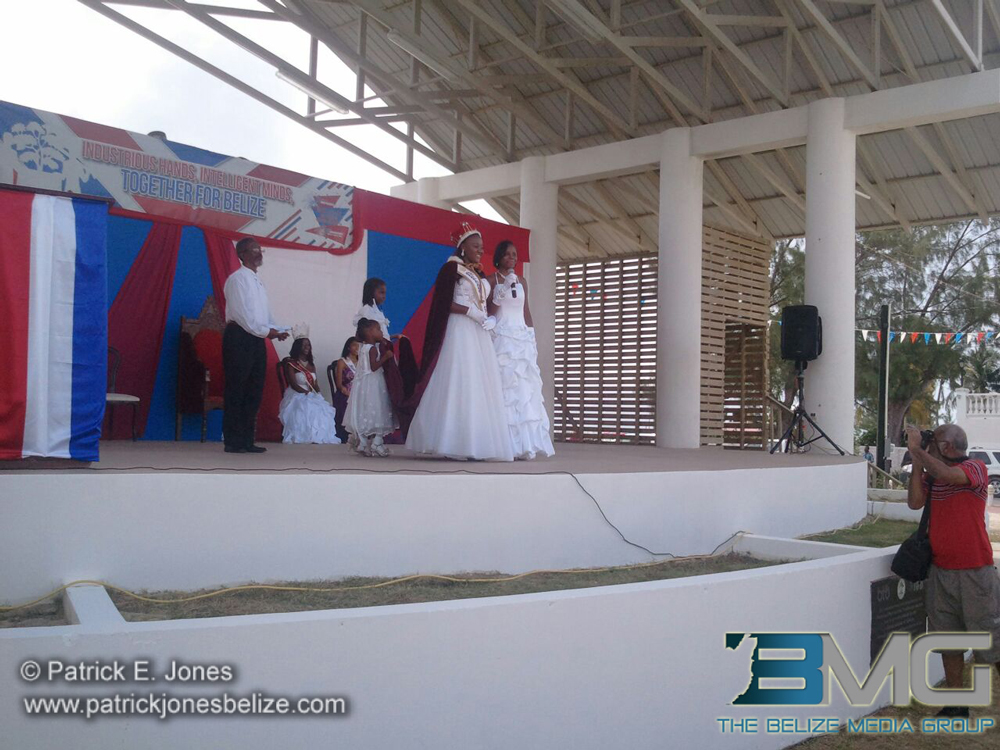 Also there was the installation of Monesha Stuart as the 69th Queen of the Bay.  She was handed the crown, robe and sceptre and officially acknowledged as the Queen of the Bay and invited by her predecessor to rule and warm the hearts of the ‘citizens of the bay.’ Stuart in turn promised to wear her new crown with pride and honor.

Celebration continues all day with the City’s multi-cultural fair at the ITVET compound on Freetown Road. 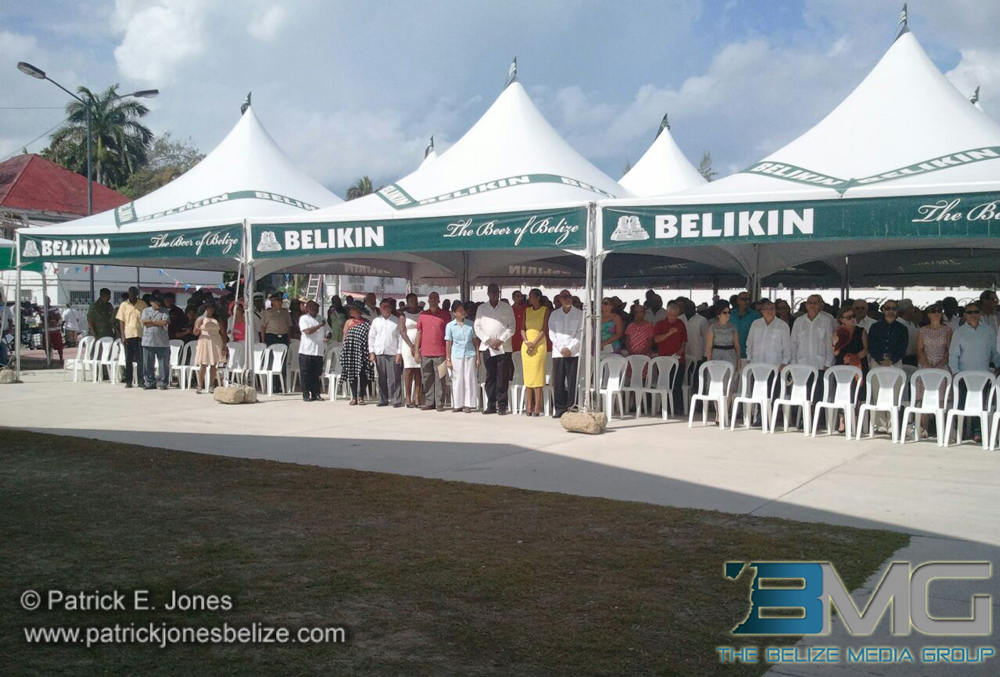 Dignitaries at the Memorial Park