Public Transportation For A More Competitive Economy in Belize 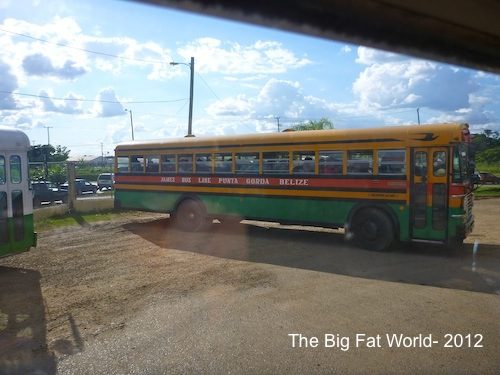 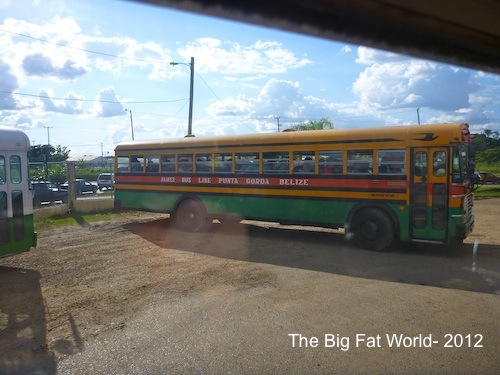 There is a small city in the USA named Portage, Michigan….at the entrance is a big sign that boasts “Portage….City of Economic Excellence”.

This is a high-ambition declaration by the leaders of that city.

One of the beliefs held by the leaders is that the citizens should be able to move with ease and comfort, at the least possible cost. Movement, after all, is one of the basic characteristics/need of living creatures. Their public transportation system is very efficient and reliable, and includes modern air-conditioned buses that charge the citizens US$0.10 to go anywhere in the city. The pump price of fuel is around US$3.40 per gallon.

Belize bus transport cost is US$0.05 per mile on average, serviced mostly by obsolete Blue Bird used and rebuilt school buses imported from US scrap yards….and which are very inconsistent, dilapidated and routinely break down on the highways, leaving passengers stranded. This is about the same price per mile charged in Mexico for the A-class service on very reliable and modern Pullman buses with air-conditioning, toilets, tv and terminal services. Thus Belizeans are paying the same price, for less than half the service.

In a small town in Belize with taxi service of radius of 2 miles, the fare is US$2.50….the same as a taxi service in Mexico with a radius of 4 miles.
Water-taxi service for one hour in Belize costs US$15.00….while in Mexico, the cost is about half that amount. Domestic air travel to the more popular destinations is minimum US$45.00 for 20 minutes flight, again more than double the price in Mexico. 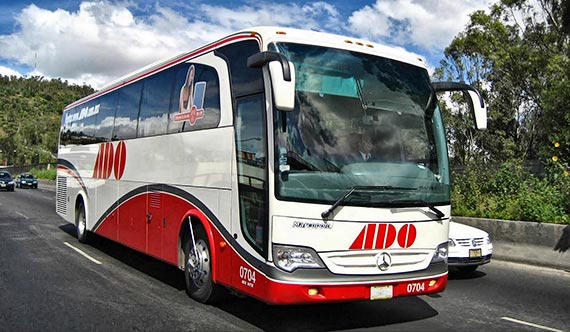 The relatively high cost of public transportation in Belize has several causes:

1. The high pump price of fuel, due in large part to high taxation on imported fuel

3. Poor infrastructure, such as bad roads and air-strips that take a higher toll on the equipment

5. Higher cost of financing and insurance

This is the same scenario for cost of transportation of goods in Belize….which is one of the principal causes of inefficiency in the general economy….rendering it uncompetitive.

1. Belize public policy makers need to view public transportation as an integral part of its development agenda…which allows its citizens to move in search of their necessities at least cost, greatest comfort, least time and most reliable.

2. Remove all taxes, except a 10% General Sales Tax, on fuel….so that the price of fuel is lowered to around US$3.50 per gallon. This would cut the cost of fuel per mile by around US$0.20, which could be used in part to privately finance more modern equipment and terminal services, and in part to lower fares, so that increasing numbers of people moving each day increases throughput, adding to efficiency.

3. Implement a 10% GST charge on all public transportation receipts….in line with shifting from taxing on inputs, to taxing on outputs.

5. Provide development financing for the acquisition of more modern public transportation equipment, at a rate of 7-9% per annum over 10 years…..and over 30 years for investments in terminal services infrastructure. This will also reduce cost of oils, maintenance and repairs and downtime costs….while increasing comfort and reliability.

6. Provide for different grades of A, B and C class public transport options, with varying fares for each type of service, all with minimum standards of safety and environmental impact

7. Provide for improved management of the public transportation system using Operations Research methods to segment and schedule routes and units, which has the potential to significantly reduce the carrying costs with less units, without reducing capacity and capability of the system….reducing the overall cost of operating the system, which should translate into tangible benefits for the public.

8. Provide for more consolidation of taxi services, with higher standards of equipment, conductor screening and supervised operations….and more efficient options, such as Bajaj motorcycle and golf-cart taxis….an avenue for more self-employment for women and youth.

9. Reduce landing and parking-station fees for bus terminals, airports and seaports, with a view to attracting international carriers (especially air and cruise) to use Belize for overnight stops and refueling station…which could significantly reduce the cost of traveling to Belize during off-peak hours, making the cost of Belize vacations much more competitive.