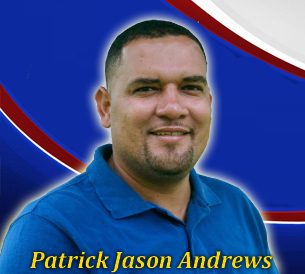 Patrick Jason Andrews is an aspiring political candidate for the People’s United Party (PUP). The views expressed in this OpEd are not necessarily those of Belize Media Group.

By Senator Patrick Jason Andrews:  The City of Belmopan was designed at inception to benefit from a Master Plan.

Prior to the year 2000, this responsibility of stewardship and planning was resident in the Reconstruction and Development Corporation or RECONDEV and thereafter since 2000, to both RECONDEV and the Belmopan City Council.

The RECONDEV ACT, Chapter 193, Revised Edition 2000 is designed to oversee the legal operational affairs of RECONDEV as the custodian of all the land in Belmopan.

Consequential to the 2012 general elections campaign, RECONDEV allocated five hundred acres of land as residential lots in East Belmopan, near Maya Mopan, and required the selected lessees to deposit $1,200 per lot for Administration Fees.

These lots were allocated without an official Lease document, pending due processing by the Ministry of Natural Resources. Amazingly there was no infrastructure put in place, meaning no streets, no drains, no water, and no electricity.

The $1,200 paid by the lessees was supposed to be for this same needed infrastructure according to the RECONDEV and the Area Representative.

Today, 2.5 years later, there is still no infrastructure, frustrating and unduly denying the hopes of the lessees to build their homes, most of them poor, hardworking and struggling Belizeans.

The lessees were assured that the necessary infrastructure works would be carried out by the Belmopan City Council utilizing the deposits made by them.

Nothing of the sort has happened to date. It is obvious that this project was designed by the Area Representative to curry political favour with the Belmopan electorate leading up to the municipal elections in 2012. He, by the way, was and is not empowered in any form or fashion to act on matters relating to RECONDEV.

Chapter 193 of the Laws of Belize is specific and deliberate in its discharge that such responsibility is assigned to the Minister of Finance. Not the Area Representative.

As the 2015 Municipal elections approach, RECONDEV has now identified an additional 1,500 lots in East Belmopan for distribution.

Again, RECONDEV is requiring lessees to deposit the sum of $1,200 per lot. This being the case, should not the Belmopan City Council have the necessary resources, or part thereof to provide the infrastructure required for residents to have access to build and to occupy their homes?

Where is the social justice of fair land distribution?? When His Lordship the Mayor of Belmopan was approached on this matter, he claimed that he was not aware of such an arrangement, that he was not consulted on the role of the Belmopan City Council, and that the Council did not collect nor have funds to provide infrastructure or to maintain these newly established residential areas.

This is rather unfortunate and difficult to accept. First, the Mayor of Belmopan sits on the RECONDEV Board of Directors, and one would expect that he would be knowledgeable and in agreement with any decision taken, especially of this nature and magnitude.

That he is not knowledgeable, or professes not to be, speaks volumes of the problem of non cooperation between the political factions of the UDP Mayor and the UDP Area Representative that has been a plague to the suffering residents of Belmopan ever since they came into office.

Section 13, subsections 1-3 of the RECONDEV Act requires the Minister of Finance to consult with the Local Authority, in this instance the Belmopan City Council in decisions relating to the allocation of municipal spaces.

The law states in crystal clear language that the Minister of Finance, under said Section 13 of the Act must first authorize the RECONDEV, by an Order to proceed with an expansion project; second, that the RECONDEV submit such expansion plans to the Central Building Authority or the Land Utilization Authority (LUA) for approval to proceed.

The LUA subdivision guidelines specifically require that before a subdivision can be approved the developer (in this case RECONDEV) must do a topographical survey for drainage and street design purposes.

The current massive expansion of Belmopan by the Area representative to now include an additional 1,500 new house lots has not followed any of these procedures as prescribed by the ACT and is thus an illegal subdivision.

To add insult to injury, the proposed sub-division area lies squarely in the Belmopan flood plain where residents are now affected whenever heavy rainfall occurs.

How then can the RECONDEV act with such impunity? Clearly they are dancing to the tune of a higher master whose apparent power ambitions and mania for control makes him totally insensitive to the many inconveniences and tribulations the poor residents of Belmopan have had to endure.

This greed for power and resulting conflicts has clearly been counterproductive for the people of Belmopan, and for the development of our national capital.

It creates false expectations for the people that soon they will have a piece of land where to construct their homes.

It potentially places on future Councils the burden to provide and meet the people’s expectations in terms of infrastructure development.

It is a fact that the Belmopan City Council, in spite of an estimated $5 million in annual revenue, is finding it difficult to meet its financial obligations.

It is also a known fact that the Area Representative for Belmopan directs the RECONDEV Board on these issues.

Is it a coincidence therefore that these lots are being provided, like the previous distribution, just before the Municipal Elections?

It is not difficult therefore to conclude that RECONDEV and its land allocation authority is being used for political purposes. Such should never be the case.

The people of Belmopan should not be deceived. They should not be led to believe that the Area Representative is genuinely concerned by providing residential lots, when in reality no one knows the right location of these lots, in an area where there are no amenities, which will take years to receive proper infrastructure before home construction and occupation can occur.

Another area of concern is the arbitrary distribution/sale of “buffer/reserve” lands in Belmopan to selected supporters of the ruling UDP Party, namely the land reserved for the hospital extension, close to the US Embassy, the land at the junction of Forest Drive and Constitution Drive, and so on, and as our market vendors have exposed, the flagrant and uncaring decision to sell the site originally selected to accommodate a proper rural vendors market.

These are violations that may very well require legal action in our courts to put a stop to this madness. The Board of Directors of RECONDEV is the custodian of all land in Belmopan.

They need to be reminded that they must consult with the local authority. They cannot simply acquiesce to the political manipulations of the Area Representative.

The RECONDEV Board needs to understand the gravity of this lack of planning for Belmopan’s expansion which should not be over ridden by short term political expediency.

This UDP Government boasts that they were elected on a platform of transparency and accountability. Section 19, subsection 2 of the Act determines that the accounts of the RECONDEV shall be audited by the Auditor General at the end of each financial year, and that such reports shall be laid by the Minister of Finance before the House of Representatives.

For the sake of good record keeping, can the Minister of Finance please formally ascertain when was the last time such a report was submitted? While I have explained at length the Belmopan situation, I consider it absolutely necessary at this point to draw the people’s attention to the incessant, inappropriate acts of land acquisition, irregular revocation of leases, and political distribution of lands in a situation where recommendations for a coherent national land policy have been deliberately ignored.

I urge this UDP Administration to put a stop to these practices of poor land management, which are occurring all over our country.

Now in the public domain are situations such as Cotton Tree Village where the role of the Village Council in allocating village lands has been deliberately ignored, as well as in Silk Grass, San Marcos, and Ranchito, where legal leases are being ignored and revoked.

People are really suffering and are becoming more and more frustrated by the tremendous failure of the Lands Ministry to be efficient and fair in discharging its responsibilities.

Please be genuinely considerate of our peoples needs with the sense of responsibility that is the true measure of representation, not to deceive, and certainly not to exploit our people’s needs for political gain.

The future of our beloved Belize is best preserved in the pursuit of the rule of law. Short term political expediency has no place in the task of nation building.

As we celebrate our 33 years of Independence, we must be reminded that this ‘haven of democracy’ is best preserved when we uphold the rule of law; not through the recitation of catchy but empty themes.

Long live a Belize where industrious hands and intelligent minds work together to uphold the constitution and the laws of our beloved country…. we must do what is right for our country and not what is expedient for a political party.