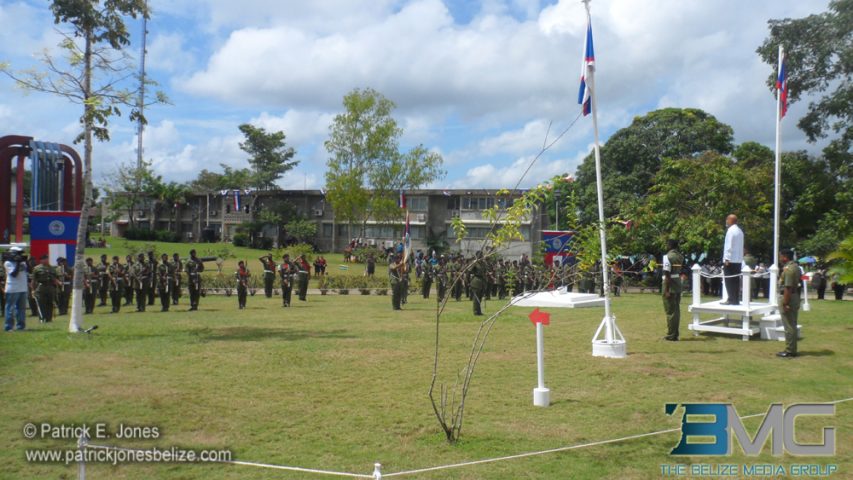 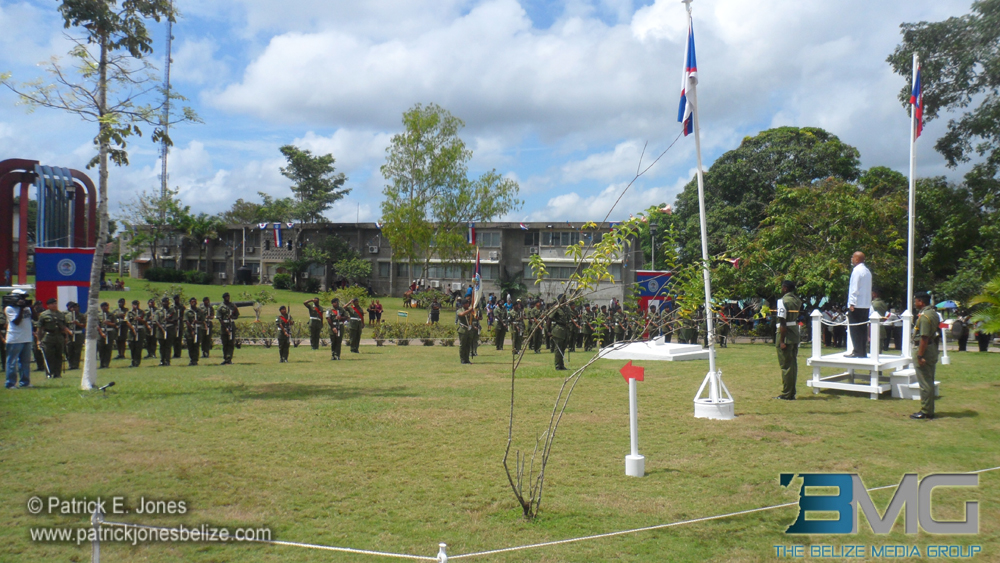 BELMOPAN –  Sunday, September 21, 2014. AARON HUMES Reporting: The nation of Belize welcomed its 33rd anniversary of Independence with a renewed focus on national unity and development, though as always there were differing views on display at Independence Plaza below the National Assembly on this Sunday morning. 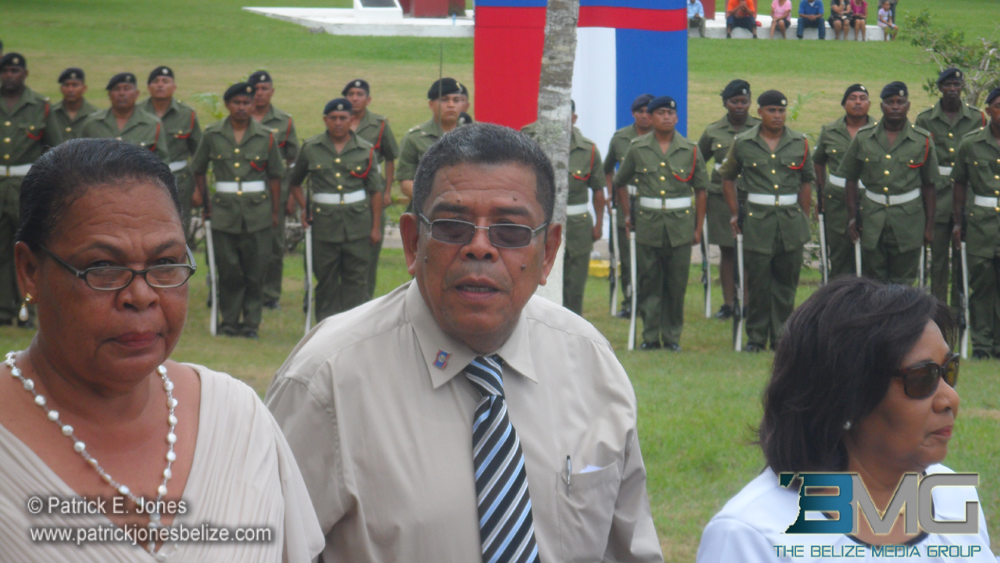 In his final address in that capacity, Mayor of the national capital, Simeon Lopez, welcomed visitors to a city that had grown “by leaps and bounds” from its original plan when designed in the 1960’s as a replacement for Belize City.

Belmopan, said Mayor Lopez, as do all municipalities, must be prepared to establish its growth in the next 30 years through formal planning and expressed his hope that the incoming administration would continue that growth agenda. 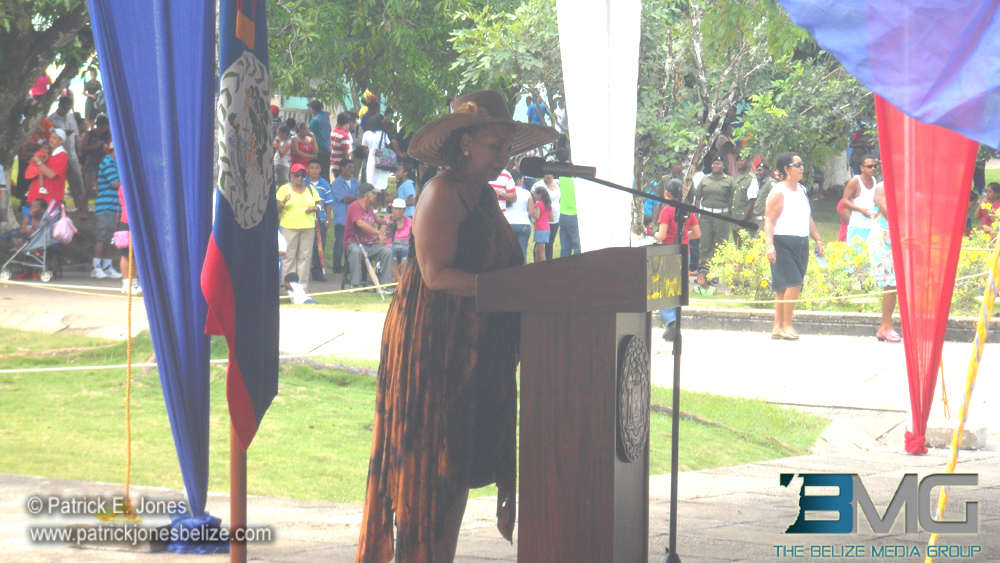 Co-Chair of the National Celebrations Commission, Diane Haylock, who stood in for Minister of Tourism and Culture Manuel Heredia, Jr., challenged those present to look within themselves, as called on in the national theme “Industrious Hands, Intelligent Minds, Together for Belize” to be agents of change.

“Let us not just seek the solutions, let us be the solution,” she said, as she called the names of “every day heroes” we can all emulate and work together toward the ultimate dream of National Heroes George Price and Philip Goldson: a Belize that is united, where peace and justice reign supreme. 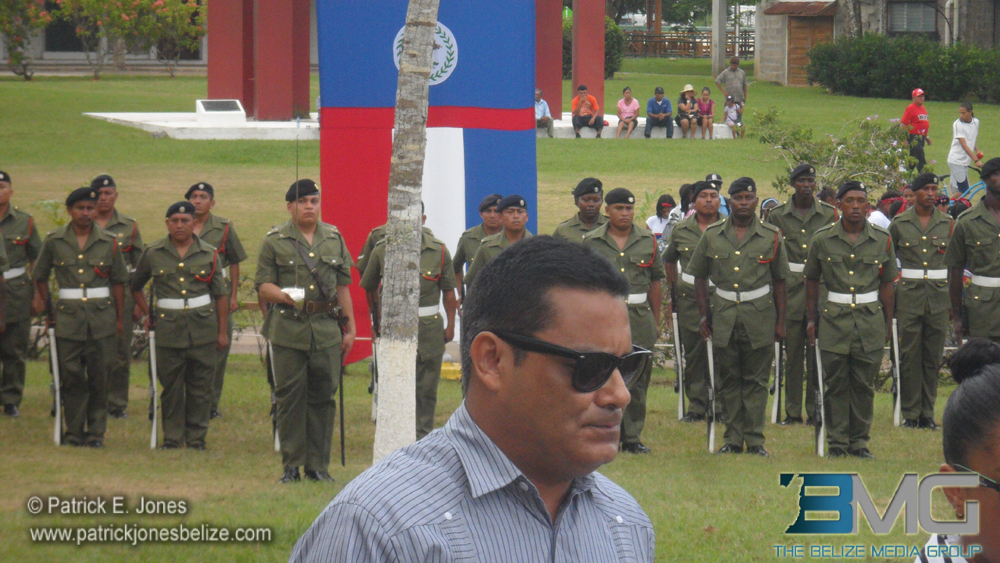 Leader of the Opposition Francis Fonseca took a more measured tone in an address that is typically critical of whichever political party is in Government.

He called on Belizeans, in between savoring the music of steel pan and admiring the costumes on display for Carnival, to remember, not only those who led Belize to Independence, but also the ordinary Belizeans much like ourselves who supported them.

Fonseca called for a re-focus of the united effort to fight crime, repeating that throwing “brute force and aggression” and unfocused spending at the problem without addressing its root causes is not workable.

He made reference to international crises like the spread of ISIS in the Middle East and the Israel-Palestinian Authority conflict in juxtaposition with the ongoing “wars” on Southside Belize City involving entrenched gangs and the battle against invading Guatemalan peasants in the Chiquibul and other protected areas, a war “we are currently losing” because precious natural resources, from hard wood to wildlife, xate to gold, and contamination of water because of their illegal activity.

The situation demands re-prioritization, including establishing helicopter presence in the area, he said.

According to Fonseca, Belizeans do not expect “miracles” from their leaders – but they do expect them to act to fulfill the true promise of hard-won Independence, by ensuring that those entrusted with public service remember that they are servants of the people.

He added that all Belizeans must rise up and work together for change, as “it is now tomorrow’s noon.”

He repeated his call for governance and economic reform that would address inequalities in society and lift all boats on the rising tide. 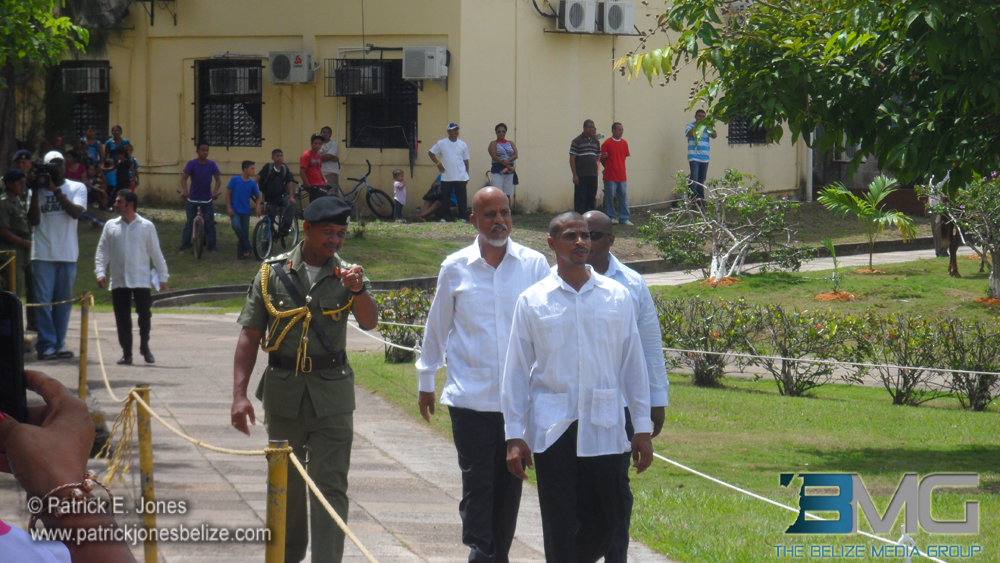 Prime Minister Dean Barrow, while parsing the September Celebrations theme, suggested that we are not as “together” as we would like to believe, if the “lamentations” of “contrarians”, activists and “local Jeremiahs” to the uninformed are to be believed.

But it would be misleading to buy into such an alleged rupture of the body politic, he said.

“Superficially concentrating on the relatively small things that divide us, while ignoring the big things that unite us, is either laziness or perversity,” he declared, later noting that our love for each other is brought out in a united support for all things representing Belize from the national teams to the outpouring of support for individual achievers.

We will have more on the economic development agenda outlined by the Prime Minister in a separate report. 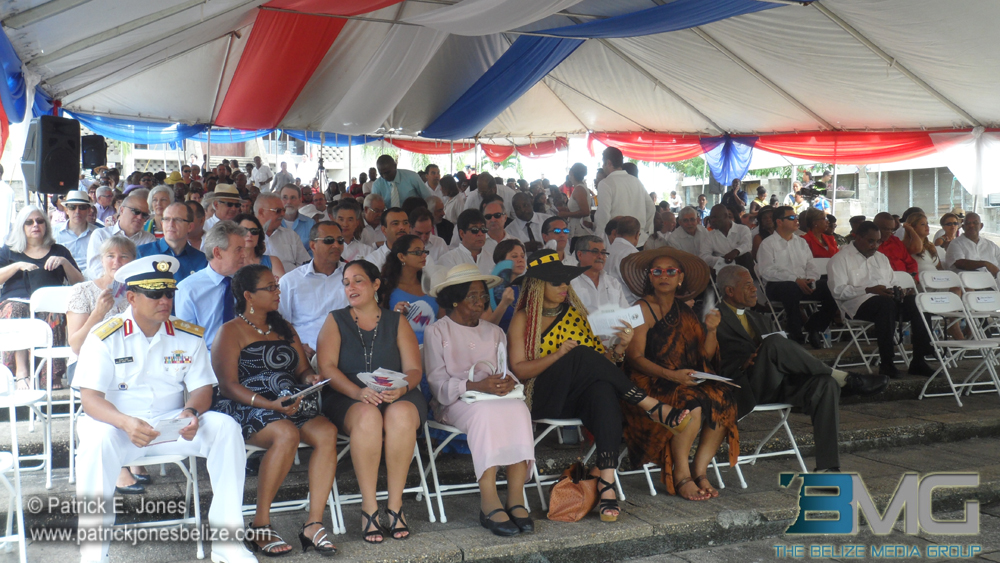