FEATURE STORY: The Calabash – A Maya tradition in decline

Belize: The Morning After Independence Pill 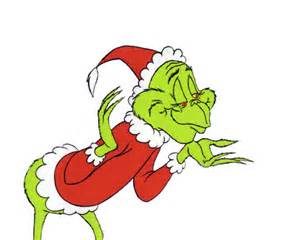 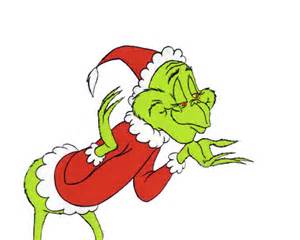 Belize celebrated its 33rd anniversary of Independence on Sunday, September 21, 2014. As usual, Belizeans at home and abroad rallied around their flag and colors, national anthem and patriotic symbols…celebrating with merry-making their achievements over the past year. QUE VIVA BELICE!!

Official ceremonies themed “Industrious Hands, Intelligent Minds, Together for Belize”….peaked with the speeches made by the Leader of the Opposition, followed by the Prime Minister….a display of our commitment to a democratic way of life….even if, as one can expect, with a different view of the current status, challenges and prospects for advancing the Independence aspirations and expectations of all the people of Belize.

It is not surprising then, that the opposition leader would point to deficiencies in quality of individual, social and institutional life, and the leader would pick to focus on a set of figures and material/physical justifications to make his point.

If Belize did not take the “morning-after pill” yesterday…..it will surely get pregnant.

Our Prime Minister pointed out that “the often fractious nature of engagement in our public square” and “the bewailment of an assortment of local activists and Jeremiahs”, which he suggested “the picture their lamentations might convey to the uninformed is the obverse of the togetherness this year’s theme is either describing or mandating”…..but “that to buy in to any notion of an essential rupture of the Belizean body politic, is to be misled”.

He said ‘I conceive that the four most important pillars of our nation building enterprise are these’: sound economy, physical infrastructure transformation, social renovation and maintenance of patriotism and pride.

He went on to say that “our economy is strong. All indicators are solid, and GOB is able to pay its way and generously foot the country’s development bill without burdening Belizeans”….and made reference to various economic indicators to support his argument…..including, but not limited to, that “our foreign reserves at the close of 2005 was $70.6 million. Now it is almost a billion”….that “in 2005, inflation was 3.7%. Now it is just 1.3%”.

He pointed to cementing of streets and building of sporting complexes going on in all the municipalities as progress in physical infrastructure transformation…and promised a new emphasis on countrywide village and rural road improvement, after March 2015.

Central to his argument for social transformation was “this quest to create a more equal society, must perforce involve an effort to grow the middle class”. This, if implemented in form and function, strategy and structure, would be very highly commendable…since, from Independence until now, the working middle class have been the Don Quixote’s of the economy….mostly watching their fortunes stagnate or decline with every passing year.

He said that “this year, in keeping with the emphasis on the middle class, I announce that Government will meet the interest payment for the month of December 2014 on all home mortgages in the country with an original value of up to 100 thousand dollars”…..and that “preliminary estimates show 1602 such borrowers at the commercial banks, 4,833 at the credit unions, around 700 at the DFC, about 70 at SSB and 200 at the National Bank”…..and that “we are budgeting for this to cost government a total of 3 million dollars”.

As parcel to his argument on patriotism and pride, he proposed that “growing the BDF troop strength and a new National Defense Plan are two of the tools which we will seek to assure greater returns from this unflagging, diurnal struggle”…referring to border security. He also used the nationalization of utilities again, to help package this argument, using various indicators to prove his point….and made it known that ‘I have just signed a Statutory Instrument making internet services zero-rated, rather than exempt, for GST purposes. This will allow all internet service providers to charge even less; and in the case of BTL, as of October 1 customers will begin to get double the bandwidth for the same price. Of course, GOB takes a revenue loss in consequence. But it is well worth it, as together with BTL we deepen all important internet penetration in this nation.’ Belize needed to take the ‘morning-after pill’ yesterday….because this penetration will be paid for by all tax payers…whether they use internet or not…by a musical-chair fiscal dance, not from competitiveness or productivity gains.

Under that same pillar, he announced GOB’s intention to take out a US$30 million national security loan from CABEI….while acknowledging doubts about the ‘fiscal space’ [ability to afford to pay it from tax revenue projections] to support it.

1. The data used to support the argument that the economy is strong and that all indicators are solid is questionable. The director of the Statistical Institute of Belize ended his 25-year tenure at the institution suddenly, in July, just when the second quarter statistics on the economy were to be released. The change in foreign reserves from 2005 to current, which was used as part of the justification, needs explanation.

2. There can be no argument about the unprecedented transformation of Belize City streets and a few municipal streets with cementing. This is generally a good thing, especially for temporary relief for unemployed and reduced impediments to movement with greater efficiency…although critics point to building without appropriate consideration for drainage. The promise for village and rural road improvements in the coming year is also a good thing for greater distribution of the economy. These developments should be based more on sustainable development of our nations own resources, than on massive importation of cement paid for by ever-increasing debts.

3. That 7,405 mortgage loans targeted are original value of up to 100 thousand dollars, even if the current balance and interest charged is now based on a lower value….and with a housing stock of closer to 80,000 homes….suggests that either most of the homes in Belize are already paid for….or that most are above $100,000 on their original loan. It also suggests that this 10% of the housing stock has a maximum book value of $740.5 million…and that the national housing stock can be estimated at around $12 – 15 billion. With a budget of 3 million dollars spread among 7,405 beneficiaries, the average person holding a mortgage will benefit from $405 relief in the month of December. At an average interest rate of 10% per annum, $3 million is the interest on only $300 million worth of debt, which means that most people with this level of home value have already paid down the more than half of their mortgage. All the tax payers….everyone….will be paying for this interest payment relief that 7,405 mortgagees will benefit from.

4. The argument that GOB is able to pay its way is partial truth….since around $40 million of the $1 billion in revenues forecast for this fiscal year, or 4%, comes from grants….which have now become a standard in our budgets. That GOB can ‘generously foot the country’s development bill without burdening Belizeans’ is a figment of one’s imagination…apart from the grants received, Belizean tax payers pay every red cent that the government spends.

1. Belize continues on the path of gimme-tenk-you, stop-gap bandage measures….refusing to take on the challenge of systemic strategic and structural changes that are required to put the economy on a sustainably growing competitiveness and productivity trajectory…which is what ultimately creates new wealth. Our various governments since Independence come up with the cutest political Robin Hood gimmicks….taking from Peter to give to Paul…but they all seem to work quite well for Belicenos….who seem mostly satisfied with a little for today…leaving the future well alone to fate and/or faith. We must agree….our politicians are astute and good at what they do…they understand Belicenos very well…know how they think…and how to appeal to their fancies…and how to line them up for our once-every-five-year “duty” of casting ballots….while placing garlands of debt around their willing shoulders. In the shifting sands of time, Belize will have moved from under the frock-tail of Gran Britannia…finding its way under the mini-skirt of Venezuela….with an umbrella from Taiwan to shelter its exposed tail.

2. Belizeans should not, anytime soon, expect any of the deep strategic and structural changes that are needed to advance the Independence of Belize. Nary a word was mentioned about new job creation for increased long-term employment, reducing the ballooning trade deficit, curtailing corruption and enhancing the enabling environment for increasing private sector investments. It can expect more hardening of the fist, with increased surveillance technology as part of the menu of options for greater control by the state….and more discounting of Jeremiah’s. Mas de lo mismo.

3. If this interest payment on mortgage interest in December is in addition to the turkey, ham and gift-basket hypnotic pendulum waved before Christmas, there will be a big boost in the sales during that month of Presidente, Kubuli, Carib, Stag, Banks, Red Stripe, Heineken, Corona, XX, Tecate, Modelo, etc, etc….and CAMPARI….Belicenos will have a helluva drunken merry xmas….and will need to import tons of ‘morning-after pills’ to prevent pregnancy and conception of many more little unplanned and unwanted monsters….LOL

3. Belize needed to take the morning-after pill yesterday…..otherwise it is now pregnant with a little monster growing inside of her.